This map shows demographic vulnerability in Nordic-Baltic municipalities based on the indicator gender balance of the total population. Under this indicator, municipalities are deemed to be vulnerable when the gender ratio falls below 100 – that is, when there are less than 100 females per 100 males. With the exception of Southern Finland, the majority of municipalities in Nordic and Baltic countries have gender ratios below this threshold (shortage of females). This distorted gender structure has the potential to reduce the natural reproduction rate. Gender ratio above 100 can also be observed, mainly in the capital areas and some, growing city-regions. 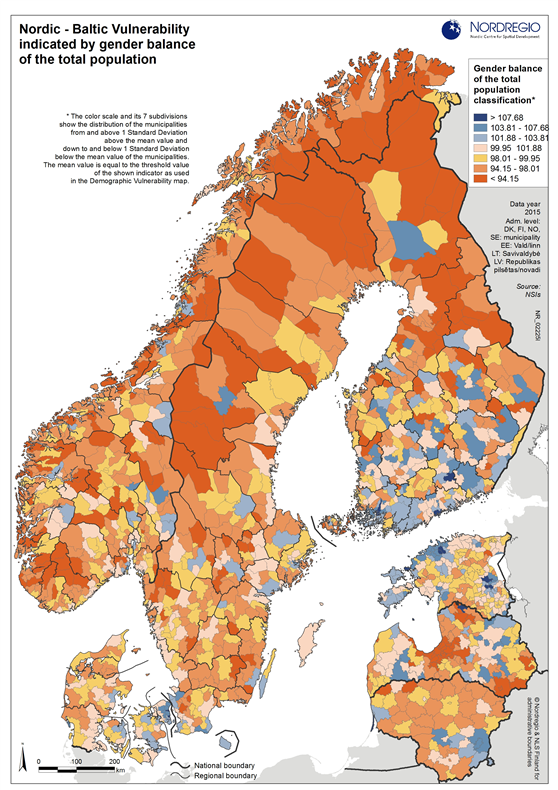