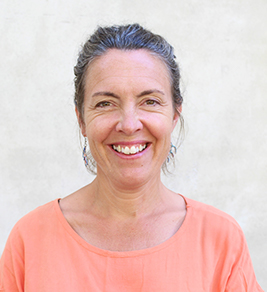 Head of Communications and Outreach at Nordregio 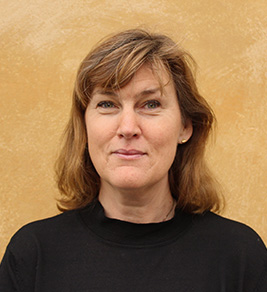 The successful integration of immigrants has become one of the top current issues for Nordic policymakers, partly because of recent refugee flows, but also since many Nordic regions need more inhabitants to fill labour market needs and contribute to the tax base. Nordregio is analysing these population trends, with an increased focus on integration as a strategy for regional growth.

In practical terms, the question is how can local authorities ensure that newcomers feel welcome and meaningful enough that they want to stay? There are several evident responses to this. For example, being seen and appreciated as a person – at work and in the community – is a basic human need; this is true whether you are a native or a refugee. Yet the meaning of the concept of “integration” is debated, and is often elusive and sometimes contradictory. “Integration” is based on “us and them” even though we share basic human needs. Between 2011 and 2016, 40 per cent of Nordic municipalities experienced a population decrease. This means that politicians in these predominantly rural municipalities face a dilemma: How are they able to offer citizens good municipal services with consistent quality on a decreasing tax base? Many municipalities already struggle to recruit workers in health care, schools and welfare. Since those who leave are often of working and child-raising age, this challenge accumulates over time. In addition to the fact that the municipality’s economy is constrained, the negative population development also means increasing difficulties for local businesses to find qualified labour, which in turn hampers their growth potential. To meet these challenges, municipalities need immigrants such as Aminu, Yvonne and Emila, who are willing to live and work in smaller communities, if they get the additional language skills and training required – and if they get included in the local social networks. Statistics reveal the potential: Between 2011 and 2016, 26 per cent of Nordic municipalities grew thanks to international immigration.

From Malmö to Kalix to get a first job
Aminu is a 41-year-old French-language teacher from Ghana who immigrated to Sweden in 2010. He lived for a while in Malmö, but chose to move to Kalix. Why did he move? Aminu says that the most important factor for him was a job. ”Where I live is less important, I have two hands and two feet and I am healthy so I want to work.” In Kalix, he had the opportunity to attend a nursing education programme for individuals wanting to work in health care but who do not have Swedish as a first language. “One of the strengths of the programme was that I could improve my Swedish skills while I got the vocational training, which in turn made it easier for me to find a job afterwards,” Aminu explains. Aminu’s story is consistent with current research showing that municipalities that view new arrivals as resources, and in which there is good co-operation between responsible local actors, see more newcomers remain in their community. In practice, these municipalities often employ a co-ordinator as a link between newcomers and employment services, education resources, employers, businesses and civil society, thereby shortening the path to employment.

Networks and friends build a sense of belonging
Yvonne is a 41-year-old who fled to Norway from Burundi in 2007. Today she lives with her two children in Vestlandet. Her life story includes many fears and concerns, but in recent years, she has added joy and pride: joy with the friends in her village and pride about her job as a high-level executive officer in a business department. “To participate in society, contribute and not least make Norwegian friends, that’s what makes me feel at home here in northern Norway,” Yvonne says. She is a member of the local Red Cross chapter and enjoys going on mountain trips with her friends. “I’m obviously on my way to becoming a proper Norwegian,” she says laughing. Yvonne says she felt welcome in the municipality from the start, thanks in large part to the local civil society. Her involvement in the Red Cross quickly gave her a sense of community and a meaningful everyday life. Recent Nordic studies show that civil society plays a key role, not only socially, but it is also an effective way of providing new arrivals with a path to employment. Up to 70 per cent of all jobs are communicated through personal contacts. Immigrants who have native friends and participate in local organisations often have higher rates of employment than those lacking a social network.

Working is just one piece of the integration puzzle
Language skills and social networks are key factors to accessing the Nordic labour market. A third success factor is creating a good match between newcomer competencies and local labour market needs. However, having a job does not mean that newcomers automatically learn the language or gain access to the local community. Emila is a 29 year-old who came from Bosnia to Närpes, Finland as a labour migrant in 2008. She is married and has three children. After a few years working at a plant nursery, Emila had to quit because she had allergies. In 2015, she began studying Swedish, and then began a course to become a Certified Nurse Assistant. “It was my youngest boy who influenced me to become a nurse assistant. He was born with cleft lip and palate, so I was with him at the hospital all the time, through several surgeries,” explains Emila. Although Emila and her husband both found jobs, it was not as easy to integrate into the native social networks of the community. “It is easier to hang out with fellow migrants. But then you don’t learn the language and you make very few native friends. The municipality offers language classes, but they are often in the evening and many people are so tired after the long working days that they drop out.”

Emila thus highlights what is a significant challenge for many communities in the Nordic region that receive labour migrants. If social integration is not improved by stimulating labour migrants to learn the local language and become part of social networks and civil society organisations, permanent exclusion may result. When differences become similarities As stated above, statistics show that ongoing immigration is needed to sustain the ageing Nordic population. We need more people, especially in our rural regions, to make up the football teams, take care of the elderly, act in amateur theatres, build houses, teach children and give birth to new Nordics. For this to happen, we need to listen to and learn from Aminu, Yvonne, Emila and other immigrants. Although at first we may tend to focus on differences between “them” and “us”, after a few years, differences can turn into similarities, which is when we realise that the everyday pleasures and difficulties are the same here as there. That is when we come to see that our basic human needs – to be seen and needed – are indeed human and universal.

THE SIGNIFICANCE OF INTERNATIONAL MIGRATION TO POPULATION GROWTH 2011-2016
In June 2016, the Ministers for Nordic Collaboration established a new collaboration programme for the effective integration and inclusion of refugees and immigrants into Nordic countries. The programme is run by the Nordic Council of Ministers and the Nordic Welfare Centre through 2018 and aims to increase the efficiency of Nordic integration practices. Nordregio’s role is to develop and present current data, comparative analyses, maps and examples of “good practice” from Nordic regions and municipalities on a new website managed by the Nordic Welfare Centre: www.integrationnorden.org The interviews in this article were taken from the report Röster från immigranter i Norden – om att bli en del av samhället (Voices from immigrants in the Nordic region – On becoming part of society). A total of 26 people were interviewed in February–March 2017 with the goal of collecting and learning from examples about integration efforts that, from the immigrants’ perspective, had a bearing on their becoming established in their respective Nordic countries. In addition to the report, a selection of movie clips from the interviewees’ stories is available at www.integrationnorden.org