The 2019 issue of the Nordic Economic Policy Review, focusing on Climate Policies from a Nordic Perspective, can be downloaded here. 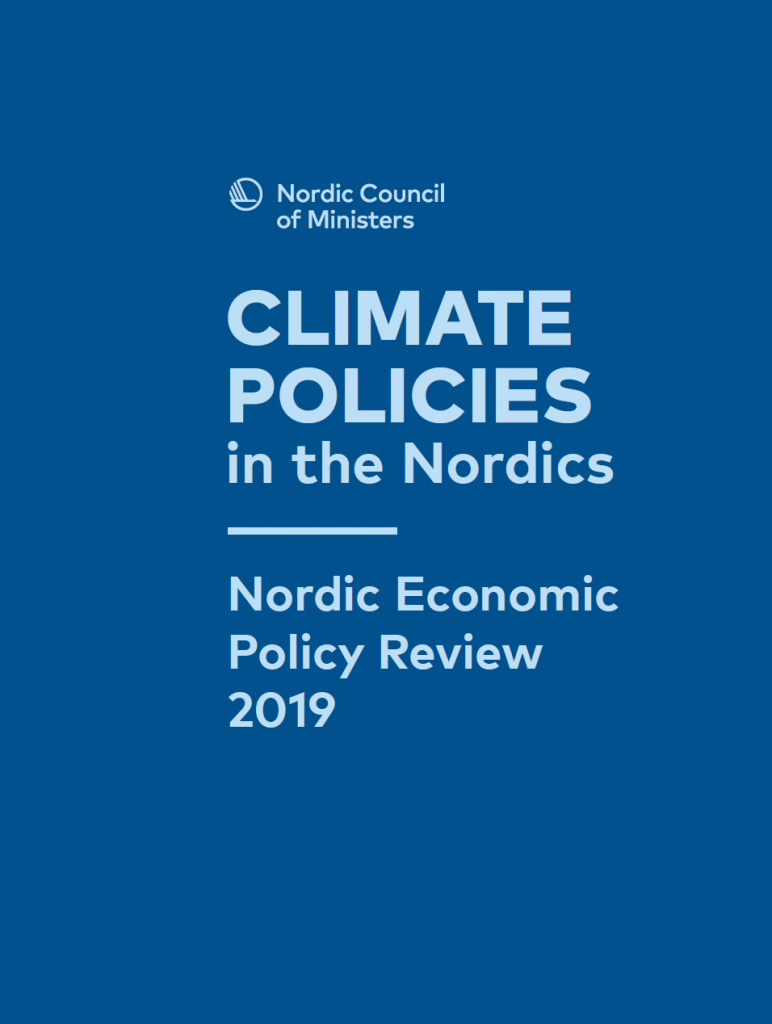 National subsidies to electric vehicles are an example of a highly expensive way of reducing emissions, and they are unlikely to have any major impact on climate technology development, says co-editor of Nordic Economic Policy Review 2019, John Hassler. According to Swedish economists Björn Carlén and Bengt Kriström, Nordic climate policy could become more cost-effective if the countries engage more in intergovernmental emissions trading and eliminate inefficient subsidies and policies that overlap the EU’s climate policies.

Emissions trading for the benefit of the climate

“The first thing to note is that the EU has a well-functioning climate policy architecture,” says Björn Carlén of the National Institute of Economic Research in Sweden. He wrote the article Are Climate Policies in the Nordic Countries Cost-Effective together with Bengt Kriström, Professor at the Centre for Environmental and Resource Economics at the Swedish University of Agricultural Sciences.

“The EU has set ambitious climate targets and distributed responsibilities to the member states. Moreover, it has defined a set of flexible mechanisms that the countries may use to reduce the cost of achieving the overall targets.”

The most well-known of these mechanisms is the EU’s Emissions Trading System (ETS), often called the cornerstone of EU’s climate policy, which regulates emissions from energy-intensive industries in the EU countries, Lichtenstein, Norway and Iceland. Moreover, it is possible to conduct intergovernmental emissions trading in the sectors that are not covered by the ETS system, including housing, agriculture, waste and transport.

“Nordic countries tax fossil fuels rather heavily and they all participate in the ETS for energy intensive firms,” says Carlén. “Over and above that, they all have certain policy measures that further reduce emissions from their electricity and heat production. These are overlapping instruments, since the emissions are already covered by the EU’s ETS system. Our analysis proposes an elimination of these overlapping measures.”

The non-ETS sectors currently account for almost 60 per cent of the total domestic EU emissions. The trading possibilities for these sectors are being expanded in the EU’s new Effort Sharing Regulation (ESR), adopted in 2018, which sets the climate targets for the period 2021-2030.

“The new ESR agreement raises the level of ambition and defines additional trading mechanisms,” Carlén explains. “All Nordic countries have set ambitious policy targets for these domestic sectors. However, with the exception of Norway, which plans to buy a large amount of emissions to become carbon-neutral by 2030, we do not see much emissions trading on behalf of the ESR-sectors.”

Engaging in emissions trading with other countries would increase the cost-effectiveness of Nordic climate policy, according to the article.

“Nordic countries would reduce the cost of reaching their climate policy targets while the seller countries would find it profitable to conduct climate policies that would reduce emissions at a faster pace than today. The EU could reach very low emission levels faster, which would open the doors to a large global market for advanced technologies to reduce emissions.”

The idea behind the ESR trading system is to exploit the differences in marginal abatement costs in the countries involved. As the Nordic countries have already taken significant steps to reduce their emissions, further reductions would be more costly here than, for example, in Bulgaria. While the trading system has many advantages, more research into the long-term economic effects of emissions trading is required, says Peter K. Kruse-Andersen, Assistant Professor at the Department of Economics at the University of Copenhagen.

“The emissions trading might be a cost-effective way of achieving the more short-term 2030 goal, but it’s not entirely clear if this is also the case with regards to the 2050 goal of zero emissions,” Kruse-Andersen says. “There’s a risk that you postpone the investments that will be necessary to reach the 2050 target, which might lead to extra costs after 2030. This needs to be studied further.”

Equalising the cost of emissions

“It’s of key importance to understand how our climate policies affect other countries as well as how climate measures in one sector influence other sectors,” says Hassler, Professor at IIES – Institute for International Economic Studies at Stockholm University. “In some cases, these interactions are beneficial, e.g. when a climate technology is transferred from one country to another, and sometimes they’re not, for instance if emissions are moved from one place to another.”

As an example, if Nordic countries reduce demand for oil, e.g. by subsidising electric vehicles, the global oil price is likely to go down. This may lead to increased consumption elsewhere, which reduces or even cancels out the effect of the subsidies. According to Hassler, a more international climate policy outlook and better coordination between the countries would be beneficial.

“Nordic climate policy is often motivated by narrow reduction targets within the national borders or within particular sectors, which results in cost differences for emissions. To achieve better cost-effectiveness, we should aim to equalise the marginal cost of emissions across countries and across sectors.”

Betting on the right technologies

The lack of coordination between the countries sometimes means that the climate policies do not achieve the desired effect. Carlén mentions transport as an example, a sector that accounts for an estimated 35 per cent of the ESR emissions in Europe.

“All five Nordic countries have differentiated their vehicle taxation according to fuel efficiency and implemented instruments that give strong incentives to influence vehicle choices. As an example, Sweden provides subsidies through the vehicle taxation system for households to buy electric vehicles. After a couple of years, however, many of these vehicles are exported to Norway, which also subsidises used electric vehicles. This reduces the domestic impact of the policy in Sweden.”

There are also good reasons to discuss the global effect of subsidies to electric vehicles, says Hassler, as only a few countries could reap the same benefits of an electrified transport fleet as the Nordics.

“Subsidies to electric vehicles in Norway and Sweden are an example of an extremely costly way of reducing emissions, relative to many other policy measures. It’s estimated that the cost is up to eight times higher than the carbon tax in Sweden, which is obviously not cost-effective. In addition, these subsidies are not likely to have any strong impact on international technology development.”

“It’s important to think about the scalability and portability of our climate technologies,” Hassler continues. “Some of the technologies being developed in the Nordic region are very much tailored to our own needs. As an example, biofuel from forestry is not likely to be an important source of fuel in other parts of the world. On the other hand, combining Danish wind energy expertise and Norwegian offshore drilling expertise could yield development of new technologies for offshore wind, which could be highly beneficial, also to countries in other parts of the world.”

Nordic Economy Policy Review is produced by Nordregio for the Nordic Council of Ministers for Finance. The articles and results presented there are expressions of the views of the authors only, and not part of official Nordic policies.