Immigrants and the Nordic labour market – a complicated relationship 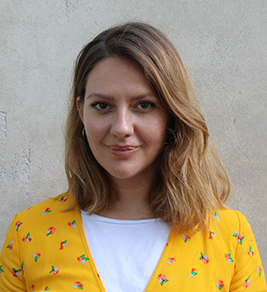 “Education matters a lot in the Nordic countries. We have noticed that people coming from outside of the EU have a harder time integrating into the labour market than those coming from inside the European Union. And one of the main reasons for this happening is difference in education levels”, says Nora Sánchez Gassen, Senior Research Fellow at Nordregio.

Meant for release in September 2021, a new study by Nordregio for NVC and the Nordic co-operation on integration focuses on the fact that education sets apart immigrants who are successful on the Nordic labour market and the ones who experience obstacles. It also shows the way the pandemic affected the employment of immigrants and the differences between Nordic countries. The study builds on a more extensive report published in 2019 on the integration of immigrants into the Nordic labour markets. The pandemic triggered the authors to go back to what they had written in 2019 and explore how the pandemic had impacted immigrants’ chances of getting a job and staying in the labour market, and to compare the situation of natives and immigrants.

Widening employment gaps in the aftermath of the COVID19 pandemic

During 2020, unemployment increased everywhere, as expected, with many industries being hard hit by restrictions and having to shut down businesses and let go of employees. But towards the end of the year, unemployment rates started going down, as the world began to gradually open up again.

The deep dive into the effects of the pandemic on the Nordic labour markets resulted in some conclusions that did not surprise the researchers, such as the fact that there are increasing gaps in unemployment between natives and immigrants in all Nordic countries. Still, there were differences between the countries. Sweden and Iceland witnessed a bigger/wider gap during the pandemic, with the unemployment rates for immigrants growing at a rapid pace. An explanation is that Iceland’s economy relies heavily on tourism, an industry where immigrants are heavily involved. With tourism not being a possibility in 2020, many employees lost their jobs. As to Sweden’s case – the labour market offers a low share of jobs that don’t require higher education, which constitutes an impediment for low-skilled people. Another facet of the issue is that minimum wages are higher than the rest of the Nordic countries, so even jobs in the hospitality sector require a higher degree of productivity.

An opposite trend is that employment rates have increased during 2020 among immigrant women in Denmark and Finland according to the data from the European Labour Force Survey, although it bears an element of uncertainty. This is a phenomenon observed before, during the 2008/2009 financial crisis, when countries such as Spain, Italy and Greece registered an increase in the number of women engaged in the labour market. This can be explained by the fact that women had to start working in order to supplement their family’s income. As to the COVID19 crisis, Dr Sánchez Gassen suggests that this trend results from the increase in jobs in the health care sector. Suddenly, more workforce was needed and it became an opportunity to enter the labour market and get employment. But these assumptions have not been proven empirically yet.

When looking to the future, Dr Sánchez Gassen thinks that education and more effective integration programmes (incl. language and vocational training) for immigrants is one area that needs urgent attention to increase employability and make the labour market more inclusive. The well-being and education of immigrant children is another important area. School closures and distance learning seem to have had a more negative impact on immigrant children than on their peers with native-born parents. “These kids deserve the same chances. In school, and also when trying to get a job. Also, society needs these children to be educated and well prepared for work because we have ageing populations in all the Nordic countries that rely on high employment rates. The current situation is not good for anyone”, concludes Nora Sánchez Gassen.

“What we have seen in Norway is that immigrant groups, particularly immigrants from Eastern Europe and low-income countries across the world, have been significantly harder hit by the crisis than natives in terms of lost jobs, and permanent unemployment,” says Knut Røed, Senior Research Fellow at the Ragnar Frisch Centre for Economic Research, and contributor to the new report. These changes in the labour market can be explained by the fact that these groups of immigrants are overrepresented in the sectors of the economy that suffered a lot from the consequences of the world closing down during last year. “This happened not because these people are immigrants, but primarily because immigrants work in these areas”, says Professor Røed.

The unravelling of COVID19 has exposed other sensitive areas within the Norwegian labour market, such as seasonal workers being underpaid. With travelling becoming impossible, jobs such as picking berries or working at farms have been left without a labour force, with natives refusing to work for low wages.
​​”I think it’s an issue about certain sectors of the economy having become dependent on very cheap immigrant labour hired at lower wages than normal on the Norwegian labour market. And now we see the consequences”, continues Professor Røed.

When discussing solutions to reduce the underpayment of certain groups of employees, we need to look at interventions by the government in the legislation, and the different social insurance designs across countries. The latter is discussed largely in the report, with researchers pointing out that Norway’s generous welfare system might be attractive for workers from economically challenged countries who become eligible for social insurance benefits and family allowances through employment in Norway. Employers might exploit this and offer low wages that immigrant workers are constrained to accept, otherwise, they will be replaced by new immigrants that they can pay cheaply. Thus a vicious cycle of low wages and welfare dependence is kept alive.

“This can be a driving force behind this low-pay segment of the labour market, which is a challenge in an egalitarian seeking country like Norway. One solution could be to enforce national minimum wages or to convert more tariff-agreed minimum wages into law,” believes Professor Røed. Another solution would be to change the European Law so that immigrants are not immediately full members of the welfare state when they move to a new country but build up entitlements gradually. But this issue is complex and undoubtedly, sensitive.

The dilemma of the minimum wage

In another chapter of the study, Per Skedinger, researcher at the Research Institute of Industrial Economics (IFN) in Stockholm and Adjunct Professor of Economics at Linnaeus University, School of Business and Economics, in Växjö, looked into the relationship between minimum wages and the integration of immigrants. More specifically, some of the more recent developments regarding the inflow of immigrants and how minimum wages were adjusted during the pandemic. When analysing the influx of immigrants, it was clear that it had diminished during the pandemic. Nevertheless, the proportion of people born outside of the EU among the working-age population has continued to increase due to different age structures, with immigrants being younger than natives, on average.

When it comes to the minimum wage situation, Skedinger argues for a reduction in minimum wages for a new kind of low-skilled jobs, such as caretakers, handymen, assistants in construction work and warehouses and so on. These jobs are supposed to be permanent, but the idea behind the proposal is that the employees should not be there permanently but rather see it as an entry into the labour market. According to Professor Skedinger, “this compromise solution would avoid an across-the-board minimum wage cut. It would only apply to newly created jobs that do not exist now, with the detrimental effects on wage inequality being less severe in such a scenario.”

Another observation is that there were no reductions in minimum wages in the Nordic countries during the pandemic in the collective agreements investigated, despite the severe recession.

But the solution to the unequal unemployment situation does not appear to be simple. Taken in isolation, minimum wage cuts and other policy measures to enhance employment, like training, employment subsidies and earned income tax credits, are likely to have only small and uncertain effects. “It’s not either minimum wage reductions or other measures – several available policy instruments should be used at the same time, considering the gravity of the situation,” concludes Professor Skedinger.

What does the future of the labour market hold for immigrants?

In the concluding chapter of the report, Professor Olof Åslund asks, – “Can we hope for a better future?” With the unfolding of the pandemic, it’s clear that there is an urgent need for labour in certain sectors, such as health and elderly care, childcare, and education. So to answer the question, according to the authors, we can hope for a better future as long as immigrants get appropriate training to match available jobs. Still, changes need to be implemented to improve labour market integration in other sectors of the economy with higher hurdles for foreigners. Both these actions will require a healthy dose of creativity and a lot of outside the box thinking – where the Nordic countries could inspire each other.

Integration and inclusion of newcomers – high on the Nordic agenda
Who is left behind?