What propels industrial symbiosis in the Kemi–Tornio region? 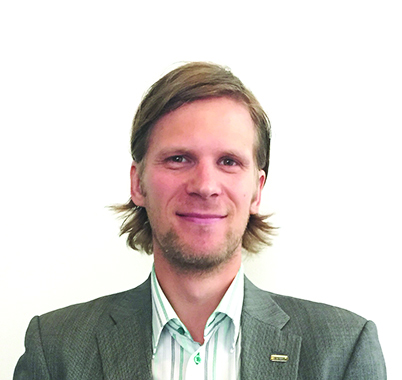 works as a project manager on the Arctic Business Design and By-product Flows of Arctic Industries, and as Task Leader in one of the EU’s European Innovation Partnership Smart Cities Commitments related to Circular Economy, and also as Project Leader of the European Cluster Observatory (ECO)’s Model Demonstrator Region Lapland.

A few examples describe some of the main industrial symbiosis ideas and activities in the Kemi–Tornio region:

The Kemi–Tornio region in north Finland is important for industrial refinement and exports. It is responsible for 80% of Lapland’s industrial production. The region represents a junction where two regions in different countries, Finland and Sweden, operate together. Its industrial system has a large number of mines and metal producers, pulp and paper mills, cardboard factories and also fertiliser and fine chemicals producers.

The industrial ecosystem in the Kemi– Tornio region is dominated by largescale industrial operations, such as the Outokumpu stainless steel plant, the Metsä Group forestry industry plant, the Stora Enso forest industry plant and the Outokumpu Kemi chrome mine. The primary metal-based and forestry industries play an important role in the environmental quality of the area. A cross-sectoral approach and good cooperation between companies are key components of industrial symbiosis. In 2012–2013, Lapland prepared the Arctic Specialisation Programme. According to its vision for 2030, Lapland will enjoy a leading position in exploiting and commercialising Arctic natural resources and conditions. Lapland will also be the centre of international Arctic transport, information and telecommunications. From the point of view of Lapland’s future, the aspects to be highlighted are the sustainable utilisation of natural resources and natural conditions and the addition of value to Lapland’s exports. The most important Arctic spearhead sectors in Lapland are the mining and metal industries, tourism and the bioeconomy.

What impact has industrial symbiosis in the Kemi-Tornio region had on Lapland as a whole?
Examples of industrial symbiosis in the Kemi-Tornio region have been the basis of our Arctic cluster work and further implementation of our Arctic specialisation program. I sincerely believe that without these examples we would not be so successful in our work, especially in the context of European Union model work.

What are the most important learnings from the industrial symbiosis in the Kemi-Tornio region?
One of the most important findings is that concepts like circular economy or resource efficiency are not just ‘phrases’ or theoretical goals in our region. They exist and their actual potential is very practical. Examples in Kemi-Tornio have proved to us that we can seek similar connections and synergy between different types of industries everywhere.

What is the regional importance of the nomination of the Lapland region as a European Model region in 2014, with a focus on industrial symbiosis?
At the regional level, the nomination has enabled us to network and benchmark industrial symbioses, which contributes to sharing knowledge between different regions in Europe. I sincerely believe that this work also has national importance. Commissioner Corina Crețu visited Lapland recently and mentioned our work in smart specialisation as an excellent example for all of Europe. Because of our example, she hoped that Finland would take a leading role in further implementation of smart specialisation in the Arctic areas.

Besides Kemi-Tornio, which other industrial symbiosis opportunities exist in the Lapland region?
There are several opportunities. One great example is the potential synergy between mining and tourism in northern Lapland where there is huge potential in labour force issues and image marketing. Another interesting example is bioeconomic activities from a holistic point of view, such as connections between traditional forestry, rural energy production and reindeer herding.

What is needed to get these additional industrial symbioses up and running in Lapland? What stands in the way?
Different stakeholders in the field need information and co-ordination. We need resources to create arenas for discussion and sharing knowledge and experiences. The car is already running – we just need to make sure that there is enough gas in the tank!

Lapland – Much more than just elks and Father Christmas

The first thought that comes into the minds of central Europeans when talking about Lapland is: “It is a beautiful place somewhere up North and the home for elks and Father Christmas.” Lapland is one of the most beautiful places in Europe. However, there is much more to Lapland than just elks and Christmas. Lapland is engaged in the exciting endeavour of developing an industrial cluster that aims to utilize Artic natural resources sustainably by developing eco-innovative and resource-efficient solutions. A community of committed stakeholders from industry, academia and politicians are driving the process. They are eager to transform their region into a landmark on the European map of the circular economy. Having visited Lapland several times as a member of the European Cluster Observatory, I must say that their prospects are more than favourable. Lapland and its economy might be small, but there are plenty of buzzing initiatives and many more ideas awaiting realization. It is amazing to see what is happening there. Lapland sends a message to other regions, that “you might be small and there might not be much in your region, but there is always something that has the potential to develop into something big. You just have to seize the opportunity!” I am convinced that we will hear much more from Lapland in the near future.

This article is part of Nordregio News #1. 2016, read the entire issue here.