What is the future for communities in the Nordic Arctic regions? 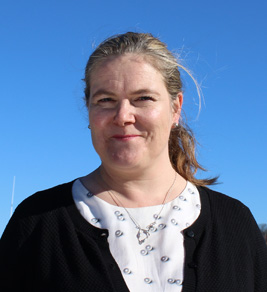 Many of the smaller settlements in the Nordic Arctic region are experiencing a population decline. As a young person from Húsavík, Iceland express: “I just feel like our community is in a rapid decline. As if the larger cities increase in size but the small towns are slowly rotting”.

A crucial question for the Arctic communities is how to attract and keep women and young people in peripheral communities to ensure social sustainability. To get an understanding of the human and natural related resource condition which can be expected to have a decisive influence on regional development in the Arctic over the next ten, twenty and thirty years, the Nordic working group for sustainable regional development in the Arctic has initiated and financed a Foresight analysis.

A Foresight analysis is based on a structured dialogue between relevant actors, and with input from local, regional and national actors. It is a method that is used in the development of local economic and social development strategies. The objective of the process is to create a basis for action focusing on the opportunities that become evident from the analyses. A significant part of the foresight analysis comprises a workshop series of three steps: the vision phase, the realism phase, and the realisation phase.

In the vision phase, local workshops were organised in two selected local communities in each part of the Nordic Arctic with participation of local inhabitants (a total of 12 workshops). Then, in the realism phase, the outcome from the first phase functions as basis for a dialogue between representatives from the community, the municipality, regional and national authorities (a total of six workshops). Finally, in the realisation phase, two transnational workshops are organised for politicians in the West Nordic Council and North Calotte council to create a platform for regional development based on the ideas and visions of the citizens.

An important part of the Foresight analysis is the documentation of the current situation by generating an overview through maps, statistical material and existing reports. This material will be part of the interaction of the actors participating in the workshops in all three phases. By the end of the project a final report will gather all the knowledge gathered during the years and here three central questions will be addressed:

Already now the report “Nordic Arctic Youth Future perspectives” has been released together with a policy brief on the same topic, as well as a seminar report about Large Scale Industries, and soon to follow the report about Business development in the Nordic Arctic. During the first phases local reports have been made for the participating communities and regions in each of the countries. In 2016 the two workshops for the West Nordic council and Nord Calotte Council will take place and afterwards the final report for the entire project will be available. The results of the Foresight analysis will contribute to the political debate and provide a more holistic point of view to the future strategic development.