Reflecting on participation through art 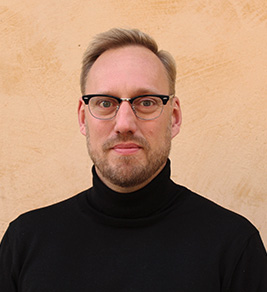 Färgfabriken is an interesting space for exploring new forms of inclusive urban governance and new ways of thinking about participation in urban planning and development. It describes itself “as a platform for contemporary cultural expressions, with an emphasis on art, architecture and urban planning”. Through artistic and cultural expressions, events and exhibitions Färgfabriken raises many questions regarding participation in urban planning and development. And it actually provokes fundamental epistemological questions for both researchers and planners alike. What is legitimate (planning) knowledge and how knowledge is produced?

Färgfabriken wants to push the boundaries of what an exhibition space can be both metaphorically and literary, says Jan Rydén, independent artist and co-curator of the exhibition Experiment Stockholm that took place in Färgfabriken during the fall of 2015.

We sit in the old paint factory, which is the main exhibition space of Färgfabriken, and talk about our shared – but somewhat different – experiences of the exhibition Experiment Stockholm. Nordregio followed the work with the exhibition within the CASUAL research project, and contributed to events within it. Färgfabriken was a local partner in the research project involved already in the application phase but Experiment Stockholm was also the study object through which we investigated alternative forms of inclusive urban governance and the concept of urban living labs.

My conversation with Jan starts with a discussion on Färgfabriken’s general engagement in urban planning and development, its function as an arena for participation, but it ends up with a critical reflection on art, different forms of knowledge and epistemology.

Färgfabriken wants to be an independent intellectual voice, both inside and outside the mainstream urban planning debate, says Jan, and continues; perhaps we are considered a bit naïve by some, but we want to critically question the taken-for-granted, and our way of doing that is to experiment with different forms of artistic expressions and perspectives. Similar to universities and research institutes we strive to contribute with knowledge but with a different kind of knowledge that is not only logical and rational but also involves all senses and bodily experiences. We claim our right to participate in the debate about the future city as any other private stakeholder or organisation. Jan continues to explain that they do this through their own initiatives which are often based on the intersection between current concerns in society and previous projects.

As researchers we have followed the exhibition from 2012 when the initial ideas was formulated (and we wrote the application for the CASUAL project), via the preparatory activities and the setting up of the exhibition during 2014-2015, to the opening in September 2015 and the closing in late November the same year. During this period we as researchers participated in a selection of seminars and workshops and tried to find a logical process and analytical path-way through the exhibition project. We were particularly focused on if, and how, the exhibition and the space could be understood as an urban living lab. In what sense did it allow for experimentation, exploration, co-creation and evaluation? Reflecting on the outcomes and outputs of the CASUAL project Jan Rydén is a critical on what he sees as a narrow mindedness of the research project:

You researchers focused only on a limited number of activities, and thus you missed perhaps the more creative and innovative dimensions of the exhibition, that included participants beyond the ‘usual suspects’. There were a number of public activities around the art installations such as; bicycle dérive across the Southern suburbs of Stockholm, Luis Berriós- Negrón, the (literally) in-house resident in the Earthscore Specularium organised a number of open lunch seminars, and public debate was also organised on the floating ecological culture house Maretopia. Many school classes also visited the exhibition and there were activities on other places in the Stockholm region organised within the frame of Experiment Stockholm.

The Earthscore Specularium was an installation in the exhibition Experiment Stockholm at Färgfabriken during fall 2015. The artist Luis Berríos-Negrón lived in the ‘green house’ with his family during the exhibition and experimented with sustainable living and circular systems. Photo credit: Karin Björkquist.

I recall that Jan, many times during the Experiment Stockholm working process, emphasised that you could either enter the exhibition through your mind or through your body. As researchers we are used to focusing on the intellectual experience, and perhaps we entered the exhibition only through our (research) minds, and thus privileging certain types of experiences and certain types of knowledge over other types. Asking if perhaps the exhibition left a little bit too much over to the interpreter (and also in this case researchers searching for a (logical) process), Jan elaborates:

We want to encourage people to be critical, to question and to make them see and find connections. This is one thing that the artistic perspective can contribute with, to connect things through metaphors and associations not only through linear logics and rational reasoning. Humans generally think in images and stories even when we pretend to be logical. Thinking is linked to our bodily experiences, so-called embodied cognition that has been researched by, among others, Georg Lakoff.

It is also here that the added value of artistic perspectives on urban development becomes most apparent. Art and culture helps us question the taken-for-granted, help us see things differently. But Jan wants to go even further:

If we are to take participation seriously, and we should, than we need to move beyond citizen dialogue and involve people literally in building the city. Not only talk about the city but actually and concretely build buildings together.

According to the exhibition’s website Experiment Stockholm “raises questions about, and seeks to examine and experiment with, strategies and solutions for dealing with the challenges of a rapidly growing Stockholm region”, and the hope has been that “people will meet in this experimental environment where we challenge old ways and propose and test new models and ideas together”. And it certainly has been an urban living lab in the sense of a space for co-creation, exploration, experimentation and evaluation even if it was never intentionally designed as one.

As a final reflection, the collaboration with Färgfabriken from a personal research perspective has been very rewarding. Both the exhibition and the staff at Färgfabriken has challenged many of my taken-for-granted views on the production of knowledge for urban planning purposes. The art and the artists’ perspectives has helped me to reflect on participation processes in urban planning and development, and on what we conceive of as valid knowledge within the domain of urban planning.