Faroe Islands: Many young men, with just as many futures 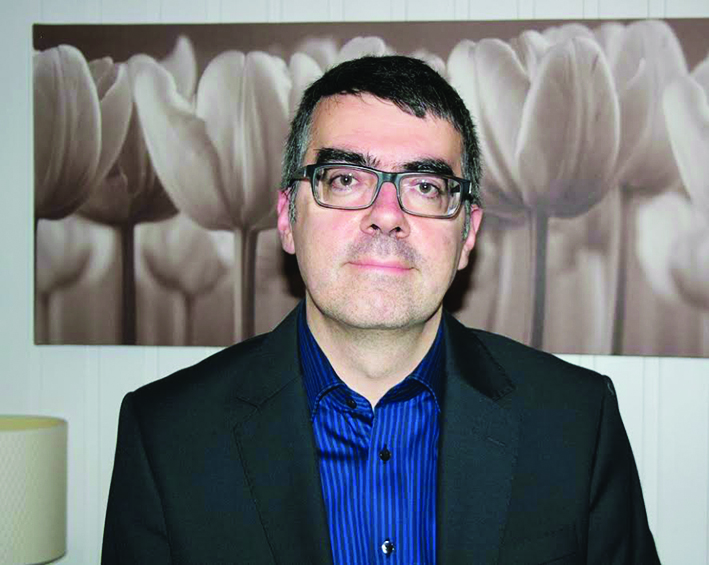 Boys stay and girls leave, you can often hear, but is that the whole story? Where to live and where to work are common questions among young people in the small island communities of the Faroe Islands.

Boys stay and girls leave, you can often hear, but is that the whole story?
Where to live and where to work are common questions among young people in the small island communities of the Faroe Islands. Rather than depend on hearsay, it seemed best to perform a study on the matter. If the questions were asked in a systematic way, would any patterns emerge from the answers that young people provided, not just for themselves, but for others, elsewhere? The hope was that the answers would provide clues for planners, politicians and other community leaders looking for ways to provide sustainable livelihoods for these small island communities. It emerged that, in general, the perspectives that young people in the Faroes have about the future commonly resonate with the critical reflections they have about life at home: How is life at home versus elsewhere (that is, abroad, first and foremost in Denmark)? Assessing where to live and where to work are thought of in combination and separately, providing distinctly different kinds of answers.

This is very pronounced among young people and young adults in this small-scale island community and can be partly explained by the islands’ long history of short- and long-term international education and training, and workdriven migration. Recession pushes people out, away from home; economic boom pulls them back. Today’s “globalising” society, with its shifting labour market, urges young people to invest in specialised knowledge and skills that enhance their personal prospects. But where are these prospects, and how is it possible that anybody stays? Faroese boys have been falling behind educationally. According to Dagbjartur Debes (in FRØÐI 3/2014), onethird of the 20- to 30-year-old men are without any education above ninth grade (lower secondary), while girls, among persons in the age group 25-34, represent the majority at secondary and post-secondary schools.1 The gender difference is also evident in primary and lower secondary school, where even though boys generally receive lower scores in tests (for instance PISA surveys) than girls do, once they’ve left school male workers still earn more than their female counterparts, regardless of educational level.

The trend, since the end of the 20th century, has been that more girls move out of the country in pursuit of higher education, and that many never to return to the Faroes, while more boys remain in the (inner) rural periphery. The above creates a picture that fits with the results from a survey2 that I performed in 2012. It showed that more boys than girls planned to search for a job directly after compulsory school (ninth grade), and depicts a setting where one imagines that a boy, the usual “breadwinner” and principal of a household, perhaps feels obliged to rethink his position in society, and asks: How can I realise my future dreams? Faroese boys in the eighth grade, as shown by another, qualitative, study3 (that I completed in 2014), see their futures in their home community, or in its vicinity, even if this choice might limit their career opportunities. As many of them emphasised, this is because the community “has what I need,” which includes a relatively secure job in the fishery, construction, mechanical (motor), or similar, blue-collar industries. They are being pragmatic, mainly, and avoiding “unnecessary” risk in relation to life projects.

This does not imply that young men are simply immobile, with traditional minds, since many eighth-graders would indeed like to work abroad – and globally – for shorter or longer periods of time, before ultimately settling in the Faroes. Such projects are given priority because of the work-related as well as personal life experiences they can provide. One boy, for instance, told me that he would like to work in Norway (most likely offshore) as an electrician, while still living in the Faroes. As Gestur Hovgaard wrote (in an article in the book, Remapping Gender, Place and Mobility), this is a familiar arrangement for hundreds of Faroese long-distance commuters who work on fishing and freight vessels.4 As in the case of the boy I talked to, many choose strategically, selecting professions that provide ample opportunities to work across national borders and to receive the higher salaries that usually follow.

Faroese youth find security in diversity
It is getting more difficult to make a career in any industry, including most of the modern fishing industry, without, at least, secondary education. While a growing number of Faroese girls bet on an academic education, many boys are convinced that vocational school education is what they want and what they need. The unemployment rates are relatively low and the opportunities for temporary employment in a neighbouring country (in the event there is no attractive job at home) are quite good. Another interesting fact is that many men, especially men from village communities, are “handymen,” with a broad range of practical skills that help them combine fishing and farming, construction and masonry, et cetera, as a livelihood.

Young men are not too worried about their futures, as the survey from 2014 illustrates, despite the challenges that boys have at school (and from the general restructuring of the Faroese economy), because traditional male-dominated industries have not disappeared. Those industries have, on the other hand, been transformed and modernised, as is for instance the case with the booming aquaculture industry. Moreover, the individualisation of society has persuaded some boys to search for unconventional future careers, as has a boy in Torshavn, who told me that – in the event he does not succeed as a professional soccer player – he wants to become a researcher, or a “person inventing things.” Young people navigate an ocean of obstacles and opportunities, but they don’t seem to doubt that they will find a safe haven for adult working life.