How efficient are the climate policies of the Nordic countries? 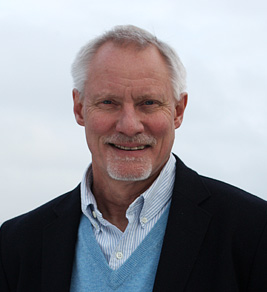 Twelve researchers asked themselves that question in the 2019 edition of the Nordic Economic Policy Review, a research journal that the Nordic Council of Ministers has commissioned Nordregio to publish on an annual basis.

A consistent stance among the researchers, most of whom are economists, is that it is significantly better for the climate to allocate resources where costs are lower and emissions greater, than it is to refine measures at home.

“Reduced emissions should be . . . achieved at the lowest possible cost. It is efficient for a country to pay for emissions reductions in another country if they can be achieved more cheaply there. What is crucial is that global emissions decrease: it doesn’t matter to the climate where the reductions occur,” writes Professor Lars Calmfors, in a chronicle in Dagens Nyheter. He edited the journal together with John Hassler, a professor at the Institute for International Economic Studies, Stockholm University.

Emissions trading
Within EU, regulation of emissions is being attempted with the help of trade in emission allowances. One of the problems of this system has been the large surplus in emission allowances, which led to too low prices on emission rights and made it too cheap for companies to release carbon dioxide. Despite the fact that EU has reformed the allowance trading system, a major surplus in emissions allowances remains, and is expected to last until 2050. Peter Birch Sørensen, a professor at the University of Copenhagen and a previous chair of the Danish Council on Climate Change, therefore proposes the introduction of minimum prices for the allowances, which would prevent member countries from auctioning off their unused emission allowances at unreasonably low prices.

There are already examples of industries that are earning money by being independent of fossil fuels. At least 40 per cent of emission allowances are allocated for free, while the rest are traded in auctions on the Amsterdam and London commodities exchanges. All companies within the same sector receive allocations under equal conditions. Sweden is the only country in Europe that is able to manage by using only those emission allowances it receives for free. The pulp and paper industry is worth special mention. One example is the sulphite factory in Domsjö, outside Örnsköldsvik, which in principle has achieved energy self-sufficiency, so that last year it used only one per cent of its free emission allowances.

Profitable trade with Eastern Europe
The trade in emission allowances, the so-called ETS system (EU Emissions Trading System), which in addition to the EU member countries also includes Norway and Iceland, is restricted to energy-intensive industries, energy production, and commercial aviation. Other emissions-producing sectors, such as land and maritime transportation, agriculture, and construction, and which answer for 60 per cent of total emissions, are regulated by a voluntary system (EU Effort Sharing Regulation). Its ambition is to reduce carbon dioxide emissions by 30 per cent, from 2005 to 2030, with national goals differentiated on the basis of a country’s GDP per capita. While the Nordic countries have emissions goals that are higher than average, typically up to 40 per cent higher, Eastern European countries in particular have significantly lower targets. For example, Poland, Hungary, and Croatia will only decrease by seven per cent, Lithuania by six, Romania two, and Bulgaria no reductions at all.

Björn Carlén, a researcher at the Environmental Economic Research Division of Sweden’s National Institute of Economic Research, who with his colleague Bengt Kriström, from the Centre for Environmental and Resource Economics, at the Swedish University of Agricultural Sciences, has studied how Nordic climate policy can be organised more efficiently, considers that the Nordic countries are already undertaking major measures to reduce carbon dioxide emissions. This is why additional reductions are associated with relatively high expenditures compared to what can be achieved with the same resources in for example certain Eastern European countries. They therefore propose that it would be sensible to engage in trading CO2 allowances with these countries, instead of focusing on major emissions reductions here at home.

Exporting climate technology
It might be countered that the Nordic countries, by demonstrating that it is possible to combine economic growth with reductions in carbon dioxide emissions, and by setting a good example, are justified in placing heavy demands on countries that pollute more. According to the researchers, this means that even if, in the short term, the greatest emissions reductions are not being delivered for the money, developing new technology that makes it easier for other countries to convert to a fossil fuel-free society is the key to achieving maximum global impact. For even if the Nordic Region succeeds in its ambition to become carbon dioxide-neutral in the foreseeable future, this will only have marginal impact on the climate, since we are responsible for only 0.5 per cent of all carbon dioxide emissions.

According to Mads Greaker, economics professor at Oslo Metropolitan University, we should focus more on developing technologies that lower the cost of reducing emissions; he adds that this requires greater Nordic cooperation in research and innovation. As things stand now, each country is doing this on its own, but significantly more could be accomplished if resources were coordinated. To do that, it is important to identify those areas in which the Nordic Region enjoys a comparative advantage, for example in wind energy, high-octane biofuels, and production of batteries for cars and ferries. Carbon dioxide storage technology was also mentioned, since a major, full-scale project has recently been inaugurated by Norway, but so far this topic has not been elevated to Nordic level.

Taxes over subsidies
In general, the researchers prefer that the countries tidy up their support programs, attempt to achieve better coordination, and introduce harder taxation of fossil fuel use. The implication is that it is better and more effective to tax what one wants to phase out compared to supporting what one wants to phase in.

An example is Norway’s subsidies for purchasing electric vehicles. Subsidising their purchase locks-in private automobility, although it is the use of internal combustion engines in vehicles that one actually wants to limit. So, one should instead focus on making it more expensive to drive such vehicles, and let individuals decide for themselves whether they choose to buy an electric car, use public transit, cycle, or carpool.

The proposal attracted much attention in Norwegian media when it was presented by Katinka Holtsmark, a researcher at the University of Oslo, since she also took the opportunity to point out that the greatest Norwegian contribution to the world’s climate would be to refrain from exploiting Norway’s oil reserves in the Arctic and in the northern parts of the continental shelf.

The political will behind high ambitions
The launch of the Nordic Economic Policy Review was attended by two previous Nordic environment ministers, Karolina Skog, from Sweden, and Ida Auken, from Denmark. They were in complete agreement that it is crucial that in international contexts the Nordic countries speak with one voice for high ambitions. If we lower our ambitions, the Paris Agreement will die. It is thus essential that we coordinate our climate policy.

Karolina Skog also pointed out that the climate issue is to a great extent about our behaviour, and thus social innovations are as important as technological ones, while Ida Auken stressed that cost-efficient measures are also vital. If we fail to act decisively and proactively on the climate, there is a risk that panic spreads among the population, forcing political decisions based on emotion rather than scientific fact.

Translated from Swedish by Richard Langlais