Even small changes have big effects 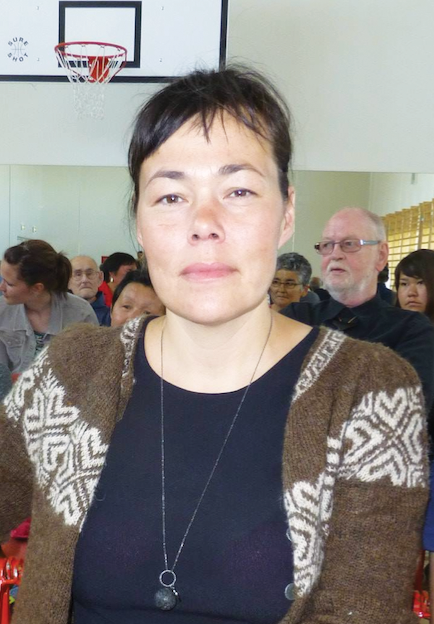 Member of the Parliament, Greenland

What’s it like to host Foresight workshops in Southern Greenland?
Many take for granted that, when you live in a small community, meetings and discussions between people just happen by themselves, but this is not necessarily the case. In Qaqortoq, in southern Greenland, the Foresight workshop provided a platform for people to express their concerns. An interesting part was the formulation of questions about the citizens’ perspectives on the national and municipal governments’ responsibilities and, maybe most importantly, the citizen participants’ own responsibility for societal development. For many years in Greenland there has been a tendency to blame the Danes, the politicians, the institutions, or something else. Sometimes I miss the awareness of each individual’s role in the community, and the opportunity for taking more responsibility. This was also reflected in the final voting, where the Foresight participants voted for “Greater strength among individuals” as the most important challenge to be addressed in Qaqortoq, southern Greenland.

What is the community feeling like among the people in villages and towns in southern Greenland?
It is important that progress is visible in bigger projects such as the construction of an airport in Qaqortoq. This keeps the feeling of optimism and makes people believe that this is a place that will still be thriving in 50 years rather than moving toward depopulation. Many activities are taking place and recently a culture and leisure activities manager was employed and he is doing a good job. Recently, there was a ventriloquist who entertained as part of the programme for Childrens’ Day in Greenland. In general, organisations can apply for support from ”Structural Political Funds” if they also invest in the initiative themselves. The kayak organisation has just applied and received funds for participation in the national championship, and a theatre instructor has just been supported in creating a play with teenagers, to be shown at the national day, and because the individuals are themselves contributing, you see a great degree of ownership in the initiatives. To sum up, then, I see the social and cultural activities as being very important, since they give us the impression we are living in a vivid and alive city.

As part of the parliament, then, how would you describe the interaction between politicians and the local communities?
Sometimes, the debates in the parliament in Nuuk, Greenland’s capital, are based on how life is when one lives in the capital, and even politicians who come from smaller places quickly forget to bring in the perspectives of the people who live in more remote areas. Recently, there have also been some demonstrations in relation to the plans for uranium mining in Narsaq, in southern Greenland. There are two groups, one that supports the mining project because of the opportunities for employment, and one group that is protesting against extraction of uranium because of the environmental and health-related risks. The mining companies are still prospecting and the requirements for receiving a government license to extract minerals are demanding.

What are the most important future issues for southern Greenland?
A big challenge is the economic paradigm of profitability in public investments, because when few people live in one area it is not easy to ensure an economic foundation for infrastructural investments, among other things. For example, between the village of Alluitsup Paa and Qaqortoq, there are no public boat connections, so transport either has to be with the helicopter, which most people can’t afford, or by private boat, which can be very dangerous during winter season. Something that has been a priority for many years, and is soon to be realised, is the construction of an airport in Qaqortoq and since Campus Kujalleq (the local secondary high- and business school) will now be extended, and the number of students will increase approximately by 100, this is highly relevant. Currently, around the Christmas and summer seasons when they go home to their families, it can take more than a week to transport all students by helicopter and boat. The airport will also support direct flights to and from Iceland, which means that in 2½ hours you can be in Iceland, and I expect this will create many opportunities in terms of trade and tourism This will also contribute a stronger experience of being connected to other Nordic countries.