Can Foresight actually be useful? 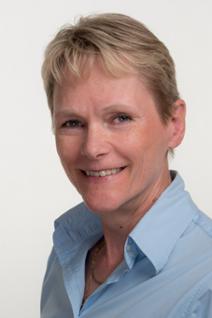 Foresight sounds so abstract. What use can the North Calotte Council make use of the Foresight project?
The Foresight Project has re-opened the discussion on Arctic cooperation in a new way and on many different levels. In Finland, the national Arctic strategy is rather unknown, especially on the local level, and many actors and citizens have felt that it does not really concern them. The Foresight Project opened our eyes to this. The first national Arctic strategy as well as later updates was drafted by major national actors with little effort to bring it down to the grassroots. It has a strong business development focus, where the major actors come mainly from the most southern parts of the country. Its strong focus on the maritime sector and the Northern Sea Route engage very few people in northern Finland. Involving the local level is a way that the Foresight Project has made a difference, especially with its local workshops.

The workshops have awakened interest in Arctic development issues on the local level. They’ve revealed that people in other parts of the Nordic Arctic are facing similar challenges and threats such as outmigration of the youth. We recognise this so well. Many leave to pursue further education and do not return since employment opportunities are scarce. At the same time, many small businesses lack competent employees and this slows their development and even survival. Similar to other Arctic regions, the ageing population in the most sparsely populated areas has increasing costs. The vulnerability of local economies that rely on one major industry for employment is something we share with the coastal areas of Norway and the more continental mining communities.

Generally speaking, for us the Foresight project has highlighted not so much the large-scale Arctic opportunities that have been so much in the spotlight during the last few years, but also the present realities of smaller Arctic communities. We see that the Arctic (business) development that is so much in the news, is about companies coming in from outside the area and exploiting our natural resources, with local communities benefitting only marginally from the increased business activities.

Likewise, the Foresight Project has provided valuable information and documentation – statistics and tables – about development in different areas, which gives food for thought to local and regional decision-makers. In several workshops, participants have realised that perhaps there is something we could do ourselves in order to turn the trends in a more positive direction, instead of waiting for someone else to do it for us.

The North Calotte Council is looking forward to the final conclusions and policy recommendations from the Foresight Project, and will certainly use as much of those as it can to promote the North Calotte region’s interests, both in national and international forums, in the future.

How has the data collected for the Foresight analysis been useful for the North Calotte Council so far?
The Foresight analysis data has been more comprehensive than the data available to us earlier. It is data that has not been systematically compiled earlier, except for the first descriptions of Northern Sparsely Populated Areas in the early 2000s. Some national statistics authorities in the Nordic countries have made efforts to collect comparable data from the different Nordic countries, but to get all-inclusive Nordic statistics has seemed to be a mission impossible, due to the different national systems of producing metadata. Thus, the material that they were able to produce together was either inaccurate, or outdated, when finally published.

Now, the Foresight analysis has clearly demonstrated that it is possible to collect comparative data and compile statistics. The project has significantly promoted the role of Nordregio as an innovative and serious statistics producer in the eyes of regional decision-makers in the North Calotte area.

Are there any examples that relate to policy-making or strategy development?
It is too early to say that the Foresight Project has had a major impact on the policy-making or strategy development in the North Calotte Area. However, in many of the local workshops, the participants realised that they could have an impact on development through their own actions, and this seems to me is a very important insight that may have long-lasting effects.

The Foresight analysis has also gathered together people from many different spheres of life who perhaps would not have met otherwise. Once again, it has been proven that cross-sectoral encounters not only lead to good discussion, but also provide interesting results. This was true especially in the local workshops, where many participants met for the first time, without any pre-conceptions of each other. Those workshop results were perhaps more surprising than what happened on the higher levels. On the regional level, for example, most of the participants already know each other’s perspective through regular meetings.

Now, it seems a pity that the project did not succeed in arranging a workshop where all the participating countries and, especially, the regional actors, could attend. Such a workshop might have led to some interesting discussions about future development in the Arctic.

Did the project have any surprises?
It has been a surprise to see how little “Arctic development” is a concern of the man in the street in the North Calotte area. People do not feel it has anything to do with them. Yet, at the same time, it’s true that we actually are in the midst of large-scale Arctic development, and any decision concerning it will have some effect on the people of this area.

It has also been rather surprising to witness how different countries approach Arctic development issues differently: Finland has declared that all of Finland is Arctic, and the strategy has a very strong business development ambition. On the other hand, the measures that have been taken nationally, on the basis of the Finnish strategy, have mainly involved actors from the southern parts of the country, such as in shipbuilding, icebreakers, off-shore technology and maritime search and rescue. They have not been able to engage or promote the business community in the northern parts of Finland to any noticeable extent. Meanwhile, in Sweden, the focus on Arctic development has been on environmental and indigenous themes, which do not stand out in the Finnish strategy at all. And last, but not least, Norway has a totally different policy that focuses on strong development in its northern regions.

When considering these differences, one begins to fear that when it comes to the content and ambitions of the future Nordic Arctic Strategy, the old saying about the essence of Nordic cooperation will once again come true: the one who wants least, will win the most.