Immigration: A solution to demographic challenges? 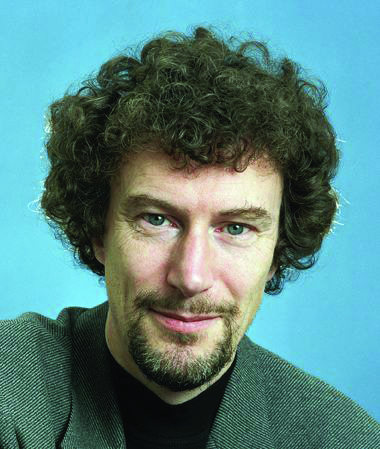 Senior Adviser at Ministry of Enterprise, Energy and Communications, Sweden

Immigration to the Nordic countries has increased considerably during recent years. The settlement pattern shows a concentration to larger cities and regions where immigrants are already established, which does not always reflect future needs in regional labour markets due to demographic change. Even though there are many challenges to resolve, especially at the local level, immigration gives us a good possibility to solve the provision of labour in the future.

Migration to and from the Nordic countries has a long history and varies immensely over time and between our countries and regions. The main reasons behind migration are also varied depending on the economic and political situation in Europe and globally. Even climate-related migration might be more common in the future.

Increase of immigration during recent years
According to statistics over the last ten years, immigration has increased considerably to all the Nordic countries, with the exception of Iceland, which experienced a more diverse situation with both high in and outmigration. Sweden and Norway in particular had an extensive increase in immigration during this period. In addition, last year’s increase of refugees and asylum seekers coming to the Nordics, and especially Sweden, has made the situation even more complex. At the end of 2015, around 150 000 individuals were subject to pending asylum applications in Sweden. In Finland and Norway, the figure was around 20 000, slightly less in Denmark.

This is not surprising due to a lot of immigrants being family members or related to earlier immigrants. To settle in an area where your own population group is already established and where you can speak your native language also gives a sense of security and thereby attracts people from the same native countries. The regional distribution of last year’s inflow of refugees might diverge a little from the picture given above, at least in the short term. Many small and medium-sized municipalities have during the last year accommodated a higher share of refugees. The ability for municipalities to offer temporary accommodation and school places to their children has been an additional factor behind the asylum seekers settlement pattern.

However, in these cases, there seems also to be a specific movement to larger city regions and municipalities that already have a high share of immigrants. So far, little attention has been given to the future needs of regional labour markets in relation to demographic challenges and the correlation with immigrant’s settlement patterns.

Demographic challenges and needs in regional labour markets
An underlying report to the Swedish Long Term Survey 2015 (Bilaga 7 till Långtidsutredningen 2015) shows that demographic development will lead to considerable shortages of labour in many parts of the country until the year 2040. The supply of labour will not fulfil needs due to an unbalanced age structure with too few individuals of working age. This will especially be the case in sparsely populated regions at further distance from larger cities. The national population forecast for 2040 shows that 63 percent of the population increase in the age group 16–74 will come from countries with low or medium-high development levels according to the UN Human Development Index. Later forecasts have shown that a higher immigration might lead to lower shortages of labour, but the proportion of individuals from countries with a high or medium-high development level will increase.

Important steps to unleash the potential
This leads us to some implications and conclusions about immigration as a potential to solve future labour market needs at a regional level:

All levels, from national to regional and local, have their specific roles in relation to the steps mentioned above, but the municipalities obviously have some crucial responsibilities that treated correctly can help them in solving demographic challenges and labour market needs. In the Nordic Working Group on Demography and Welfare the project “From Migrants to Workers” will analyse the situation, but also show some good examples from municipalities in the Nordic countries.