Labour mobility in the Nordic-Baltic region 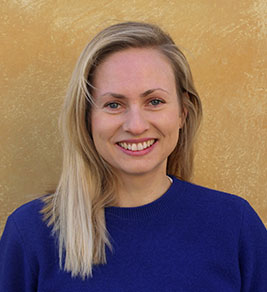 The Nordic and Baltic countries share many similarities when it comes to negative demographic tendencies, particularly in the rural areas, as consequences of population ageing, lowering of birth rates, gender imbalance and outmigration. These challenges are highly complex in nature and difficult to mitigate and adapt to, and call for concerted actions at the national and local levels.

This demographic vulnerability assessment map shows that the majority of municipalities in both Nordic and Baltic countries are experiencing negative demographic tendencies. At the same time, more positive demographic tendencies can also be observed within the countries, primarily in the capital areas and the more dynamic, growing city-regions. The map helps to identify municipalities that share common demographic development opportunities, as well as the complexity of specific challenges for each municipality. The remaining parts of the project have focused on migration, given that it is one of the most significant factors influencing the demographic structure in the Nordic–Baltic region. While migration in the Nordic countries has exceeded the natural population increase as the most prominent driver of population growth, the Baltic countries have experienced significant outmigration in the last decades. In the context of the Nordic–Baltic region, migration is primarily understood as a cross-border labour movement; the current refugee issues have consequently been outside the scope of this project.

Some of the key policy findings of the project are as follows.

• Despite the fact that the Baltic States share many similarities related to outmigration, the focus of migration policies is quite different among them when it comes to the target groups and measures implemented. While all three Baltic countries are interested in encouraging return migration, there is a strong focus on strengthening ties and developing social and economic co-operation with the diaspora from Latvia and Lithuania, while Estonian politicians are primarily focusing on (re-)attracting a highly skilled labour force and thus branding Estonia internationally as a desirable place to work and study.
• The Nordic and Baltic countries have different approaches to their work with labour migration issues. While labour migration is largely a municipal task in the Nordic countries, migration policy in the Baltic States is controlled and formulated by the central governments with limited involvement of the local governments in the process. As long as the responses to coping with the demographic and labour-related challenges vary across the municipalities due to different place-based characteristics, it might be beneficial to increase the involvement of local and regional actors in migration policy in the Baltic States and encourage the local level to develop its own agendas.
• There is significant potential for the Baltic and Nordic countries to exchange experiences and good practices on how to address both demographic challenges and labour mobility issues.

Migration and integration
The Immigrant Villages Project: a recipe for integration
Immigrants contribute to the Finnish labour market