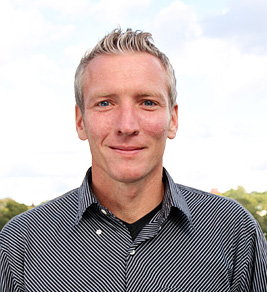 Andrew Karvonen is an Assistant Professor in the Division of urban and regional studies at KTH Royal Institute of Technology and the co-editor of The Experimental City (Routledge 2016).

Why do you think that there is a growing interest in ‘experimenting’ in view of urban development and planning?

Experimentation activities in cities are a highly visible and attractive way to address intransigent urban problems. This includes disruptions due to climate change, struggles to develop local economic opportunities, increasing social inequality, and so on. Experiments are compelling to a wide range of actors because they provide hope that a better future is possible. On the other hand, there is reason to worry about the rise of urban experiments. Since the global economic crash of 2008, local authorities have less and less funding to maintain existing infrastructure services. Local authorities can use experiments to promote public-private partnerships and effectively offload the management of urban services to the private and third sectors. So experiments cut both ways, they can be progressive as well as regressive.

Why now and what are the differences to earlier ‘experimental approaches’ in the history of urban planning and development work?

Experimentation has a long history in urban planning. The most well-known example is the Chicago School of the 1910s and 1920s when sociologists treated Chicago as an urban laboratory to generate data and provide insights for urban policies. Various forms of urban experiments continued to be developed throughout the 20th century and emphasized the application of natural science laboratory methods to study cities. In the last decade, a new wave of urban experimentation has emerged with the spread of the internet. We now have the ability to monitor and evaluate urban interventions with relative ease using sensor networks and data hubs. When we compare this with setting up an experiment in the pre-internet days and collecting measurements by hand, we can see why experiments are becoming more commonplace. Sensors are increasingly being integrated into our personal gadgets, our houses and workplaces, and even our cities.

Urban living labs are distinct from other forms of experimentation in cities because they require ‘co-creation’. This notion of ‘co-creation’ is a contemporary buzzword that refers to input and buy-in from all affected stakeholders. Urban planners will be very familiar with this idea as they have grappled with notions of democracy and participation since the 1960s. I am continually surprised by the lack of knowledge of participatory planning by advocates of urban living labs. But in many ways, this makes sense. The notion of living labs was first developed by Bill Mitchell at MIT and was inspired by open source software. Urban living labs have continued along this IT trajectory and introduced notions of civic hacking that call for greater participation in the collection and use of public data. There are significant opportunities for urban planners to bring participatory planning methods and approaches to urban living labs.

What are the potential benefits of applying laboratory-like settings in urban planning and development work? Who and what can gain from these? What promotes successful applications?

Urban laboratories are beneficial because they generate enthusiasm and interest in realizing improved conditions for cities. They provide a compelling storyline that draws in a wide range of stakeholders. Who can resist the allure of an urban living lab? I think the most successful urban living labs are those that are modest in scale and scope. They provide clear, evidence-based insights on whether a particular intervention works or not and why. Traditionally, when we innovate in cities, we conduct a project to challenge business as usual approaches but we often fail to evaluate the project in a rigorous way. Instead, we are left with anecdotal evidence about the pros and cons of a new cycling lane design, an affordable housing funding programme, or an energy saving device. With urban living labs, there is a conscious effort to monitor and evaluate. This creates explicit and robust learning loops in urban development. It says that it isn’t enough to just do something differently, you also need to evaluate it so you can learn from it.

To what extent can urban living labs (or similar termed approaches) complement traditional urban planning and development work? What are potential benefits, but also risks in this respect?

More specifically, to what extent can urban living labs (or similar termed approaches) be beneficial in view of strengthening participatory engagement, transparency and democratic quality in urban planning and development work?