Public–private cooperation in the early stages of the planning process 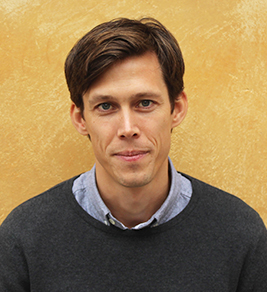 Cooperation between municipal planners and private developers, their conflicting interests, and challenges regarding how to involve citizens, were issues addressed at a workshop arranged within the project Södertörn model.

Over the last two years, Nordregio has been involved in a project entitled the Södertörn model. The project is based in eight municipalities south of the City of Stockholm in the area of Södertörn, and aims to facilitate urban development potential by connecting academia, the public and the private stakeholders to promote sustainable urban development. One of the key activities within the project has been to improve and facilitate public and private collaboration in the early stages of detailed planning processes between municipalities in the Södertörn region and the private developers.

The focus of the activity is related to current planning challenges, including the low level of housing construction over recent decades and a general housing deficit throughout the region. The planning challenges are also augmented by a low share of municipally-owned land and of buildable land in all municipalities of Södertörn. It has not made it easier that the region has been seen as less “attractive” (from a normative perspective) than the Stockholm municipality and Södertörn’s counterpart municipalities north of Stockholm. Now, the political ambition in the municipalities has changed, as have the economic perquisites to build more in Södertörn, and the aim is to build 50,000 new homes by 2030.

With this point of departure, private developers and planners from the municipalities of Södertörn held a workshop to discuss the potential of improving early-phase cooperation. The participants from the building sector and heads of planning departments from municipalities in Södertörn were given the task of jointly developing and designing a desirable planning process, working with a fictitious planning case for a new housing construction project. The results of the workshop showed that all actors agreed on the importance of better cooperation between public and private actors in the early phases of the planning process. This was seen as an essential component for creating a more efficient and sustainable process, and for reaching the high political aims of reducing the housing deficit.

Furthermore, a key conclusion was the need to develop joint visions and discuss conflicting aims of creating sustainable and affordable housing for the region’s tenants. It was also argued that a joint vision would foster trust and cooperation between the actors, and contribute to reducing the risks of conflicts in the later stages of the planning process. Continuous and open dialogue between the municipal planners and developers was seen as a solution for creating better understanding between the actors and improving the culture of cooperation.

The potential of formalizing cooperation in the early stages through partnership agreements was also highlighted. However, the key conclusions also raised critical questions regarding risks in relation to citizens’ participation. There is obviously a challenge in establishing a vision between private and public actors early in the informal planning process without involving concerned tenants. There was no clear idea on how to develop a model including not only the public and private sectors but also the citizens in a shared process. Moreover, the need for continuous and open dialogue also shed light on the importance of municipal capacity and resources to handle intense dialogues both with private developers and citizens.

Finally, the municipal planners addressed the challenges of how to select the private developers to be involved and the need to develop clear criteria for selecting them based on high-level political support.