PARTICIPATORY PLANNING is on the agenda 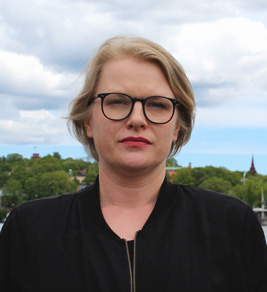 Read more about The Impact of Participation on the project website: http://www.mistraurbanfutures.org/en/project/impact-participation-0.

What are the results of citizen participation in urban planning? How are citizens invited to participate, and to what are they invited? Questions such as these are at the centre of a recently launched research project with Nordregio as one of the partners, addressing the just city.

The 3-year research project The Impact of Participation is a joint project with the School of Public Administration at Gothenburg University and Division of Urban and Regional Studies at KTH Royal Institute of Technology and the purpose is to map and understand the scope, forms and impacts of citizen dialogues within the urban planning process in the three Swedish city-regions of Gothenburg, Stockholm and Malmö. Mapping in this project refers not only to collecting information on the organisation of the participatory activities, but also to the ambition of actually mapping participation, i.e. to ask where it does take place – in districts with a certain socio-economic profile or status? In the city centre or in the urban periphery?

The emphasis on citizen participation in planning during the 2000s must be seen in the context of a critique of planning as top-down, large scale and not responding to the needs and desires of local citizens – planning at the drawing board rather than in the neighbourhood, and planning for the city rather than for and with the citizens. In the light of this, several major cities in Sweden have formulated ambitious policy programmes for participatory practices – often also framed as social sustainability efforts. Participatory methods such as citizen dialogues, focus groups, work shop methods and participatory events are encouraged, for example by the Swedish Association of Local Authorities and Regions (SKL) and the Swedish National Board of Housing, Building and Planning (Boverket) are increasingly used in planning in order to ensure that local democracy goals are met. In addition, there is a market for participatory planning methods – methods for interaction, communication, e-governance etc. are being increasingly commercialised. Simultaneously, citizens are raising their voices through local grassroots movements and through protests against planning projects, cutbacks or lack of local service provision.

However, the Swedish planning system is still a product of the modern era. Even though information and consultation procedures have been strengthened in the last few decades it is still a very rationalist process with elected municipal politicians as the final decision makers and certain types of expert knowledge dominating. So, there is still reason to ask whether citizen participation actually can influence decision making. Similarly, what kind of citizens’ knowledge is allowed to – or should – influence urban planning and development? The frequency of participatory planning efforts, the way participants are included and how issues are being communicated are other important aspects influencing the impact of participation. Finally, it is relevant to investigate whether the impact can be experienced in the local environment in the form of built environment, public art, infrastructure etc, or if it is more of a ‘feeling’ among citizens of having been included. Both of course important results, but very different.

Citizen dialogues as social sustainability
As mentioned, citizens’ influence on and participation in local development is often framed as efforts to strengthen social sustainability. And participatory planning should, in the same way as social sustainability policies of different kinds, be understood as both about the democratic planning process and about the outcome of planning – the city and its built environment, accessibility issues, feelings of community and place identity etc. Both a democratic planning process and the just city are envisioned, as is a sustainable urban development. Insufficient dialogue with the citizens on issues of urban development has been pointed out as a main obstacle to sustainable urban development by the Swedish governmental Delegation for Sustainable Cities. They connect participation to public health and to accepting responsibility for one’s local environment, in addition to the already familiar aspect of inefficient planning processes due to appeals and protests. What is often referred to as social aspects of sustainability appear to be key here, and also clearly connected to environmental aspects of sustainability. So, in spite of eco-tech innovations or an increased interest in and planning for urban agriculture, participatory planning might be the decisive factor.

Participatory competence needed
Due to the abundance of current examples, tools and methods, a few risks with participatory planning can be mentioned – risks that the research project hopes to look deeper into and develop solutions to. First, there is a clear risk that participatory planning, in the name of efficiency, becomes a way to legitimize goals that already have been politically decided upon. Secondly, there is the risk of project fatigue in the housing areas or city districts. Participatory planning efforts that are not well organised or followed up on, or that have unclear effects, risk tiring the participants and also lead to loss of confidence in the local government. Finally, from the perspective of the planners there are risks in this, such as the lack of deeper knowledge in methods and ways to invite participants, and then not being fully able to take care of the democratic process and the results.

A participatory project about participation
So far, participatory planning in Sweden has mainly been investigated through single case studies. With a larger material, from several municipalities, in this project it will be possible to draw comprehensive conclusions on what citizen participation actually result in, and the long time-perspective in this project (the 2000s) will allow investigations on the consequences of the different participatory methods. Do the participatory efforts make their way into comprehensive or detailed development plans, do they change established planning discourse and practice, and is it possible to see the visible and tangible results in the urban landscape – in built environment, infrastructure, signage etc.?

This project started during 2016 and will continue until the end of 2019. It not only deals with participation, but it is also participatory in its project organisation. The idea and the research questions have been elaborated in deliberation with policy and planning officials from the 12 municipalities that will be mapped and during the project there will be a continuing dialogue, both with them and with representatives from the National Board of Housing, Building and Planning, Swedish Association of Local Authorities and Regions, the Swedish Transport Administration, The Göteborg Region Association of Local Authorities and Mistra Urban Futures – sharing experiences, analysing results and disseminate knowledge.