Bridging the gap between municipal planning and regional growth activities 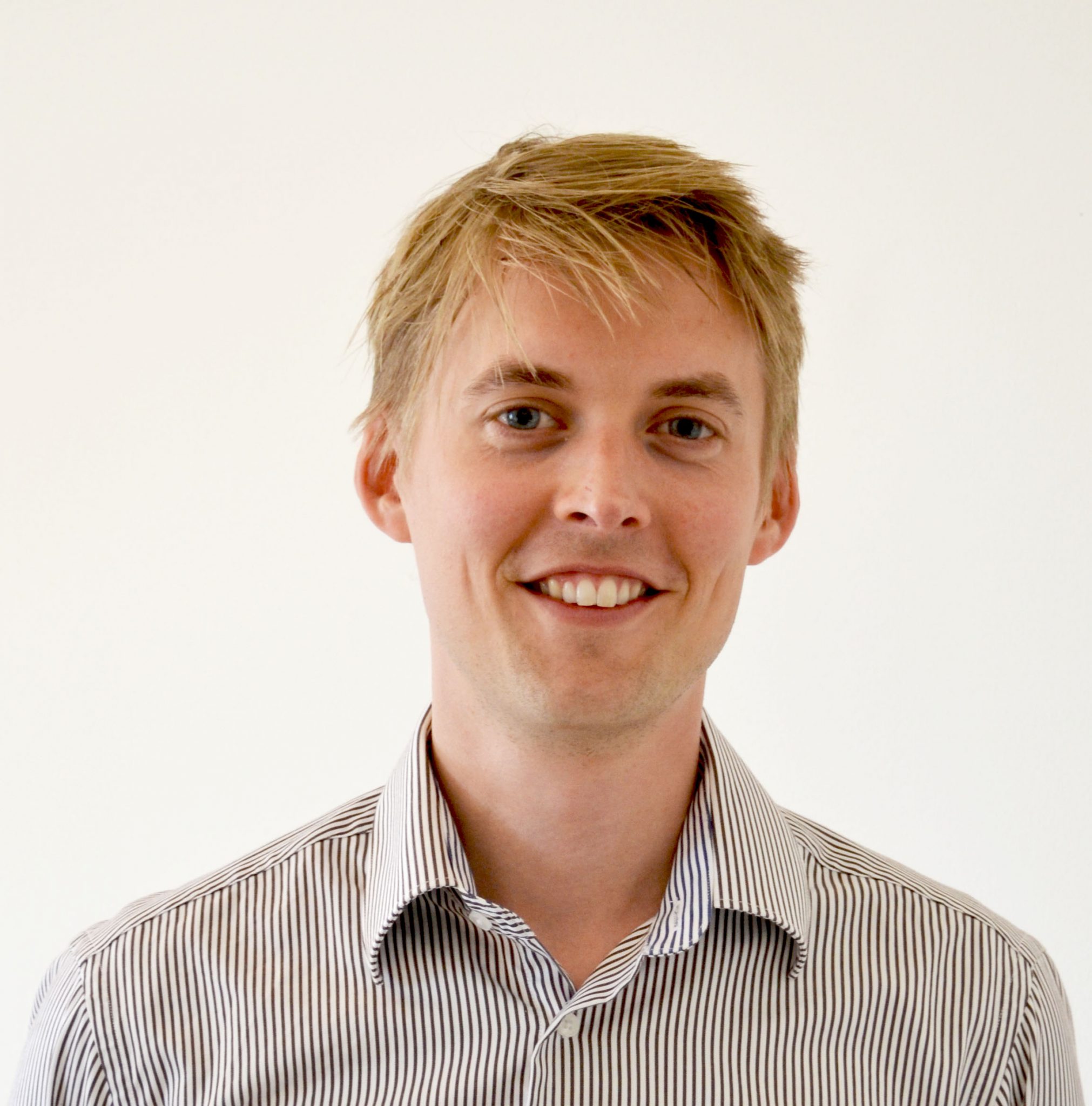 is a spatial planner at Boverket. He works primarily with regional development and planning issues with special focus on the interface between municipal comprehensive planning and regional growth policies. 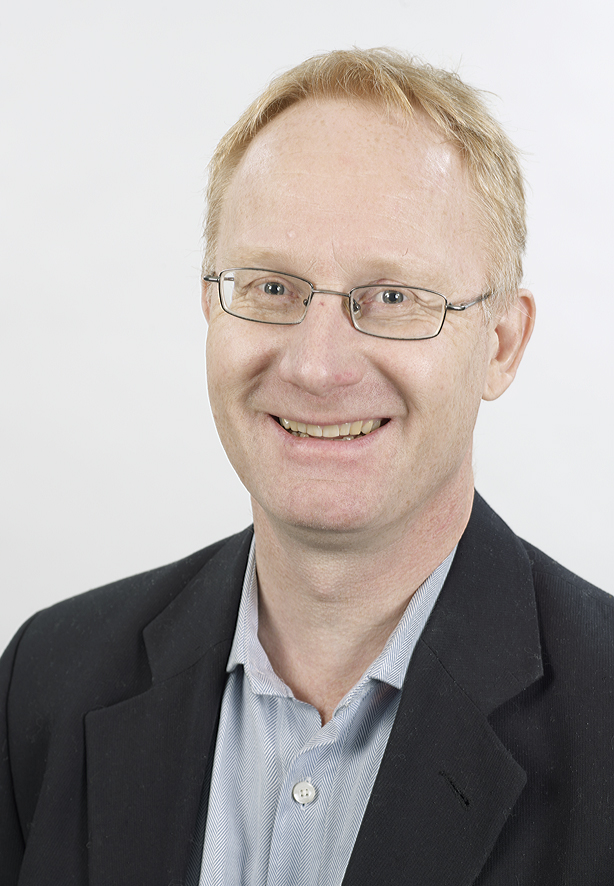 is a spatial planner at Boverket. He specialises in spatial planning cooperation at EU-level as well as regional development and growth issues.

Boverket (the Swedish National Board of Housing, Building and Planning) and Tillväxtverket (the Swedish Agency for Economic and Regional Growth) have been jointly commissioned by the government to monitor and support a number of pilot projects to develop different forms of interaction and multilevel governance with the aim of improving cooperation between municipal planning and regional growth activities. The mobilization of different actors at different levels is seen as necessary for the successful development of regional growth policies, and multilevel governance is part of the solution.

The different dimensions of governance are thus at the core of this issue. On the one hand, we have the increased importance of cross-sector collaborations and the so-called horizontal dimension of governance that includes both public and private actors in networks. On the other hand, there is the increased importance of vertical collaboration between municipalities, regions and national agencies. In addition, research has emphasised a transnational dimension in the increasingly complex governance network with “a widespread exercise of power in the form of negotiations and collaboration within networks, between public actors, other public bodies and private actors, such as companies and civil society organisations” (Tillväxtanalys, 2014, p. 18).

Government expectations, national initiatives and policy
For many years, Boverket has followed the progress of the relationship between regional growth and municipal physical planning. The agency has noted a growing interest from the Swedish government in developing the links and interactions between regional development strategies and municipal comprehensive plans. This is reflected in the National Strategy for Regional Growth and Attractiveness 2014–2020 and in the government’s budget proposals, where a clearer spatial perspective at the regional level has been emphasized in recent years to facilitate interaction with municipalities. Accordingly, the government aim at promoting multilevel and multisector collaborations in regional growth work. A successful implementation of the policy requires “interaction between the EU, national, regional and local levels, where the starting point is regional development strategies” (Ministry of Enterprise, Energy and Communications, 2014, p. 3).

Following the government’s stated ambition to create distinct co-ordination between regional development strategies and municipal comprehensive plans, Boverket and Tillväxtverket were commissioned to design and implement a programme for strengthened local and regional collaboration between physical planning and regional development for 2013–2015. The programme addresses municipalities and regional growth actors who are given the opportunity to increase their knowledge, exchange experience and obtain funding.

The Boverket and Tillväxtverket initiatives focus on disseminating knowledge and experience by offering a forum for dialogue between actors working with regional development and physical planners in the municipalities. By means of various publications, seminars and conferences, the main purpose of the forum is to bring these two professions together to help actors better appreciate the importance of physical planning for growth. The programme also aims at promoting local and regional learning through the joint financing of 15 pilot projects with municipal, intermunicipal and regional approaches. The approach and formulation of issues in the pilot projects clearly illustrates the current situation regarding collaboration in Swedish planning in practice.

Local and regional pilot projects for collaboration and interaction
The goal of the pilot projects is to provide support for actors who wish to work strategically and test new methods to strengthen collaboration between different government levels and across different policy fields. The 15 pilot projects differ in terms of structure, conditions and geography (p. 3). The projects can be divided into municipally, intermunicipally and regionally focused actions. The development of collaboration between different actors horizontally as well as vertically is key, regardless of whether this takes place within individual municipal boundaries, between a number of municipalities in a subregion or in whole regions. However, the methods they apply differ.

In Jämtland, the region is working with the county administrative board and the three municipalities of Åre, Krokom and Östersund to strengthen the “Jämtland route”. The focus of the project is on the common labour market region along the railway and highway route beyond the municipal borders. A cross-cutting working group was established, consisting of officials from different backgrounds such as physical planners and business sector developers, and a steering committee of politicians. At the same time, all three municipalities worked actively during the period of the project on preparing new comprehensive plans for the municipalities. At all meetings, the conscious choice was made not to refer to municipal names or borders. Very close cooperation has been developed over the course of the project between the officials of the three different municipalities as well as within the municipal organisations. One challenge will be to maintain these relations after the project period has concluded and to find structures and forms for continued dialogue at the political level between the municipalities.

Skaraborg municipal association is currently developing a spatial strategy (leitbild) for the region to strengthen the local and regional conditions for sustainable growth. To this end, the conditions for growth in different parts of Skaraborg were surveyed and seven strategies for growth were then developed in collaboration with politicians, officials, representatives from trade and industry, cultural and other associations. These strategies have the common purpose of establishing a common agenda for growth and development in Skaraborg. Based on the survey of Skaraborg’s structural preconditions, in which both imagined and real physical obstructions were indicated and the proposed strategies, meetings were held as part of the project with all municipalities to identify key projects, which ranged from infrastructure projects to developing physical meeting places. It is expected that these key projects will guide planning and bring together resources from actors at different levels to realise the unique potential of Skaraborg.

The municipality of Arjeplog is a sparsely populated area far from the regional centre. The municipality’s goal is to reduce the number of steering documents and clarify the links between the municipality’s budget, operational planning and the regional development strategy. Specific efforts were made to strengthen dialogue between trade and industry and the citizens of the municipality, and to involve the entire municipal organisation in clarifying the responsibilities and the role that each one has in achieving concrete development initiatives. One challenge that was identified during the project concerned making the regional level aware of the special conditions that small municipalities such as Arjeplog face, including long distances and limited resources. It is expected that ways will be found to continue fruitful dialogue between local and regional actors that in turn will enable result-based work following common priorities.

In Ockelbo municipality, working methods have been developed to involve citizens and trade and industry in the task of developing an attractive and functional centre. The steering group consists of entrepreneurs, politicians and officials. Among other issues, the project has demonstrated the importance of feedback to citizens, the difficulty of involving small property owners with limited resources for participating in the project, and the need for the trade and industry unit, the technical unit and the planning administration unit to take joint responsibility for the municipality’s development issues.

Challenges and potential for multilevel collaboration
The ongoing pilot projects share many similarities as well as differences. Common to all is the recognition of the need to co-ordinate efforts, both internally and externally. The concepts and methods used reflect differences in geographical and demographic conditions. Dialogue is at the core of all projects, even though the parties involved may differ. The comprehensive municipal plan, in addition to other central strategy documents, plays a central role in many of the projects, and discussions and physical meetings constitute a central method of translating and realising its contents.

The working methods used in the projects place demands on the municipal and regional organisations, both institutionally and in terms of individual skills. For example, physical planners need to have basic knowledge of business drivers as well as expertise in the areas of negotiation and dialogue with citizens, which include having an awareness of the diversity of civil society, providing feedback from project results and putting into practice the outcomes of dialogue. This development involves serious challenges, as well as opportunities, and highlights the importance of the largely unregulated, informal planning process that is constantly ongoing, often in parallel with the formal planning process.

The geographical spread of the projects and their institutional and organisational conditions also highlight the challenges that come with the ambition of extended planning collaboration between sectors. Challenges not only involve different planning cultures, vague knowledge of each other’s areas of responsibility, and a lack of data, statistics, tools and methodological knowledge, but also the financial and human resources for the planning actors in charge. It is clear that conditions differ considerably between the involved actors in terms of utilising and incorporating the goals of the new policy. In this regard, the government has a responsibility not only to formulate policy contents, but also to ensure that the actors concerned are given the necessary tools in the form of resources to implement the desired policy. The gap between the intention of the policy and its implementation not only reflects the consequences of the rapid transformation of society and the debate about large regions, but also highlights the issue of the ability of small municipalities to meet the new demands.

Ministry of Enterprise, Energy and Communications (2014). National Strategy for Regional Growth and Attractiveness 2014–2020.