Population change at the settlement level in the Arctic 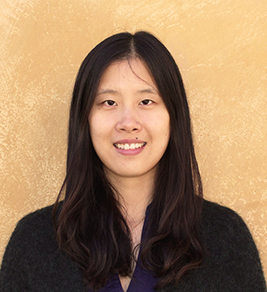 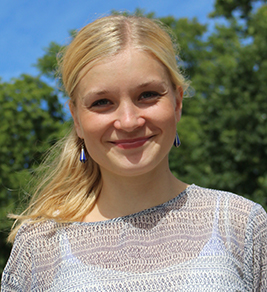 The map provides an overview of population change during the period 2000 to 2017 for settlements with 500 inhabitants or more. Alongside, there are four zoomed-in maps, showing Arctic Fennoscandia, Iceland, Faroe Islands, and Alaska, where the settlement density is high. 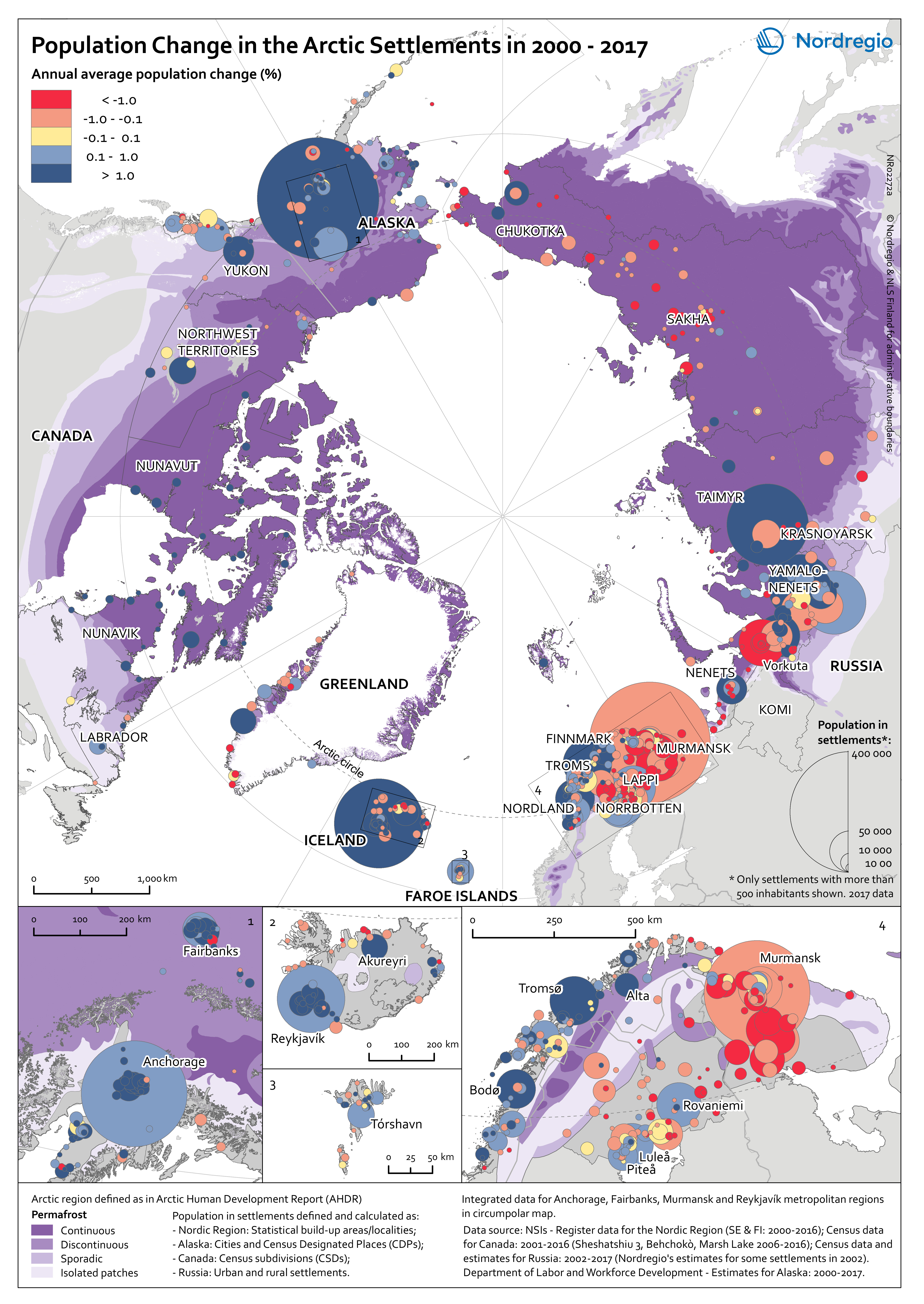 In Alaska, the reason for population decline in smaller settlements which are located far away from the two metropolitan regions Anchorage and Fairbanks is out-migration, which has cancelled out the positive natural population growth. While almost all the settlements inside the two metropolitan regions have witnessed population growth, and their growth is even more significant than the two cities themselves. Proximity does matter when it comes to the migration of people out from the densely populated urban centres.

The Greenlandic population of 55,877 (as 1 January 2018) resides in 89 localities including 17 towns, 54 settlements, 5 farms, and 5 stations. Nearly one-third of the population live in the capital of Nuuk.

The Arctic regions of Norway, Sweden, and Finland have more diversified economies and larger populations. Most of the smaller settlements in Fennoscandia have witnessed population decline between 2000 and 2017, with northern Norway as an exception. The dominating pattern in Fennoscandia is population growth in larger settlements and population shrinking in surrounding smaller settlements. This is similar to the pattern observed in the North Atlantic – Iceland, Greenland and Faroe Islands. The capitals – Reykjavik, Nuuk, Torshavn, and regional centres have been receiving inhabitants both domestically and internationally; while the settlements located in sparsely populated areas are losing their attractiveness.

As part of the Nunataryuk project, Nordregio is tasked with compiling a socio-economic atlas of population centres in the Arctic.