INTERVIEW with Kimmo Jarva, Mayor of the City of Lappeenranta 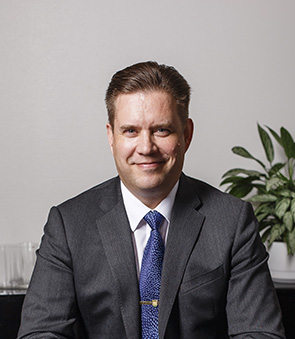 Mayor of the City of Lappeenranta, Finland

What are the benefits and disadvantages of the reform in Lappeenranta? Is it a good opportunity to rethink the municipal structure or an unnecessary process?

Two reforms of major strategic significance have been carried out in the Lappeenranta region: the establishment of a regional social and health care district, and the consolidation of municipalities in 2009 and 2010. The greatest benefits of these reforms include productivity improvements in the public sector and the opportunities to integrate social and health care services, to carry out customer-driven operational reforms, and to improve service processes. We have been able to reduce the need to replace retiring employees significantly. Unfortunately, municipalities appear to be reluctant to go ahead with consolidations until they have reached a financial dead end. Strategic reforms should be carried out proactively, taking advantage of the retirement of the baby boomer generation. The downside is the detachment of social and health care services from other municipal service management, and the surrender of democratically elected city councils’ decision-making power to regional municipal federations. Meanwhile, the negative aspect of municipal consolidation from the residents’ perspective is that they become far removed from the decision-making process, and the gradually diminishing stock of local knowledge in larger cities.

Do you think it will affect the sense of local democracy and the sense of belonging to a place?
Residents tend to identify strongly with their hometowns, and municipal consolidations have a powerful psychological impact on how people perceive their local identity. Few people living in the affected municipalities believe that the consolidation will have any positive consequences. Instead, they believe that the growing size of municipalities and the decreasing number of local people in elected positions will complicate personal interaction.

What are the consequences of the reform for the people in terms of public services?
The primary objective of productivity improvement in administration and support services is to secure vital local services. However, with shrinking financial resources, municipalities have been forced to downsize and streamline their service networks, thereby limiting services that people consider important, such as upper secondary schools. Meanwhile, social and health care services reform has provided all the region’s residents with equal access to services and the opportunity to use health care services in the neighbouring municipality. It has also helped to develop stronger social and health care services and to build expertise.

What are the expected effects of the reform for the local economy and municipal administration?
Public service efficiency improvements help to keep tax rates reasonable, and thereby to pave the way for growing private consumer demand. By promoting a more experimental mindset and innovative procurement, municipalities seek to offer opportunities for local businesses.

What message would you like to send to the government and to other Nordic countries and their municipalities struggling with the same issues?
A message to the government would be that municipalities need more leeway and fewer regulations that dictate the details of their service provision. A message to other Nordic countries working with same issues would be that change offers an opportunity to build something entirely new. It is important to ensure that people consider work important and rewarding, even in the midst of dramatic organisational changes. Supervisors will play a key role in driving this change.