Norway: steps on the path to reforms 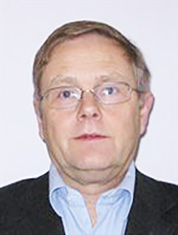 Senior adviser in the Norwegian Ministry

In Norway, the most recent municipal reform took place more than 50 years ago. Since then, the municipalities have increased their responsibility portfolios with new tasks delegated by the government, while the government has strengthened its control. The municipalities have reacted to the increased workload by managing more of their tasks through intermunicipal co-operation. In this context, the time for municipal reform may have come.

Change is on the way
The Norwegian reform process is at the beginning of a long road, but hopefully not a rocky one. The two governing political parties have made the following statement on the inaugural agreement between them:

The basic goal for the government is similar to that of other Nordic countries: to transfer power and responsibility to municipalities that are larger and thereby more robust. They share the same fear of weakened democracy, and of decision-making escaping further from local control. There are challenges related to demographic development, welfare services, competences and the ability to develop local communities that function well and are attractive. At the same time, one of the main principles is to provide citizens with good and equal services wherever they live. The government stresses the importance of the size and capacity of the municipal administration to secure the quality of the services.

How to divide tasks?
There are three political levels in Norway: the central government, 18 counties and 428 municipalities. In 2014, the government decided to embark on a path of reform (Proposal on Municipal Economy 2015). However, Parliament is concerned about forcing a change; the municipalities participating in local mergers should do so voluntarily. A precondition was that the government should also undertake the tasks conducted at the regionally elected level.

An expert committee appointed by the government made three recommendations regarding the municipal structure of the future, given the tasks municipalities have today:

The government has received these recommendations and commented that because of the varied geography of Norway it is not feasible to impose strict rules for the population size of the new municipalities. In June 2015, Parliament discussed the matter again (Parliamentary Report Meld St. 14 (2014–2015) and Parliamentary proposition Prop. 121 S (2014-2015)). Once again, Parliament stated that there should be three political levels in Norway, and the tasks should be conducted at the lowest effective level. The government should have responsibility for tasks that are conducted nationwide. Accordingly, tasks involving local knowledge and initiatives should be conducted at the local or regional level, and tasks delegated to the regional level should be more clearly linked to the role of the regional community developer. This could include provision of services to citizens.

Reassessment
The government has initiated internal processes to reassess the distribution of responsibilities across administrative levels in Norway (e.g. responsibilities for tasks, and for the financing of childcare, the police force, road building and maintenance). The government has suggested transferring more tasks to the municipalities from several service fields, presupposing that such transfers will occur only if the municipalities merge into larger and more robust units. The government has determined two conditions for transferring tasks in secondary education and public transport to the largest municipalities (these tasks are presently undertaken by the counties):

The way forward
In the summer of 2015, the government invited counties to consult with neighbouring counties concerning mergers. Regional decisions concerning county mergers are expected by autumn 2016, so that this process can catch up with the merger process for the municipalities. Municipality and county structures must be mutually calibrated. The government intends that parliamentary decisions on municipal and regional reform will be made simultaneously in the spring of 2017. Then, elections for new municipalities and new regions could be held in the autumn of 2019, and the reform would come into full effect from January 1, 2020.