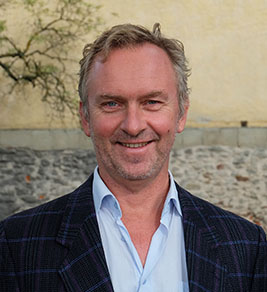 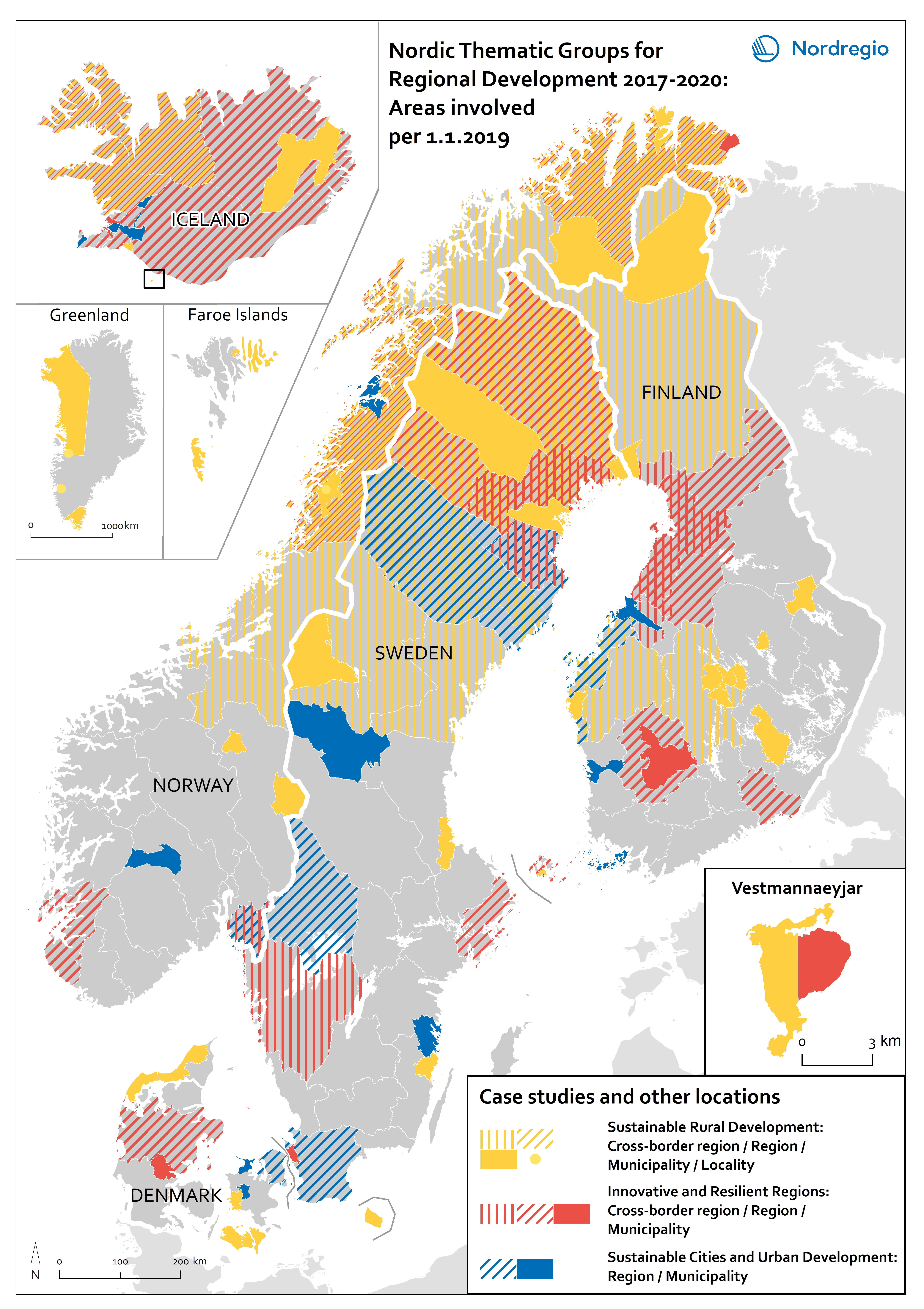 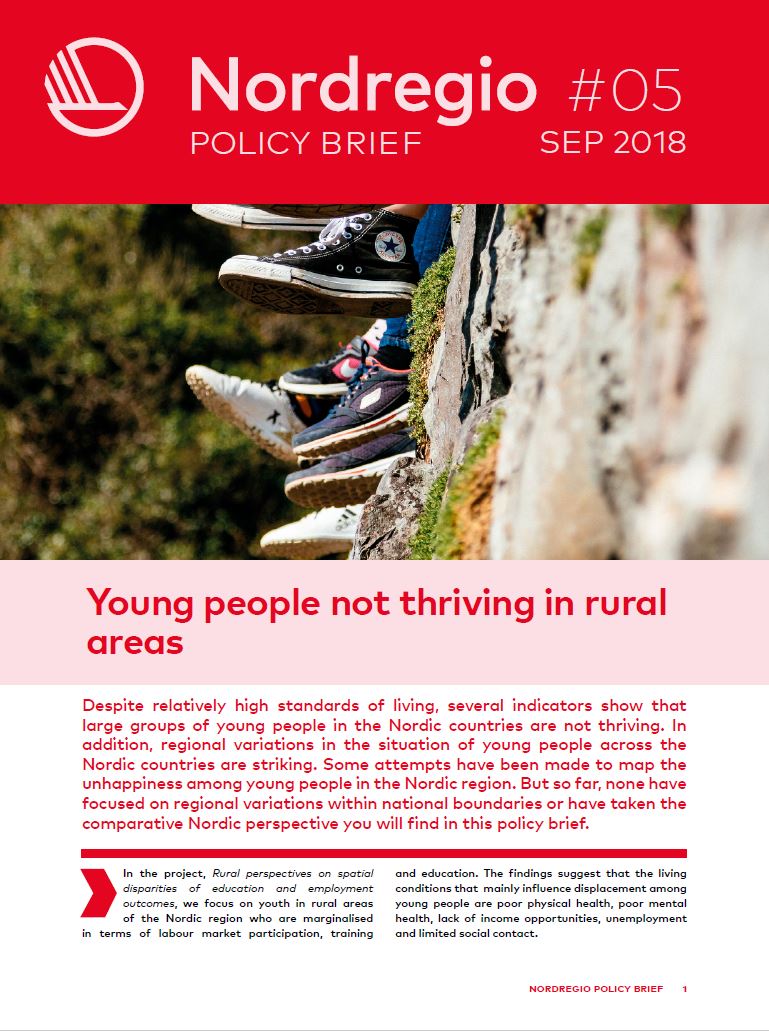 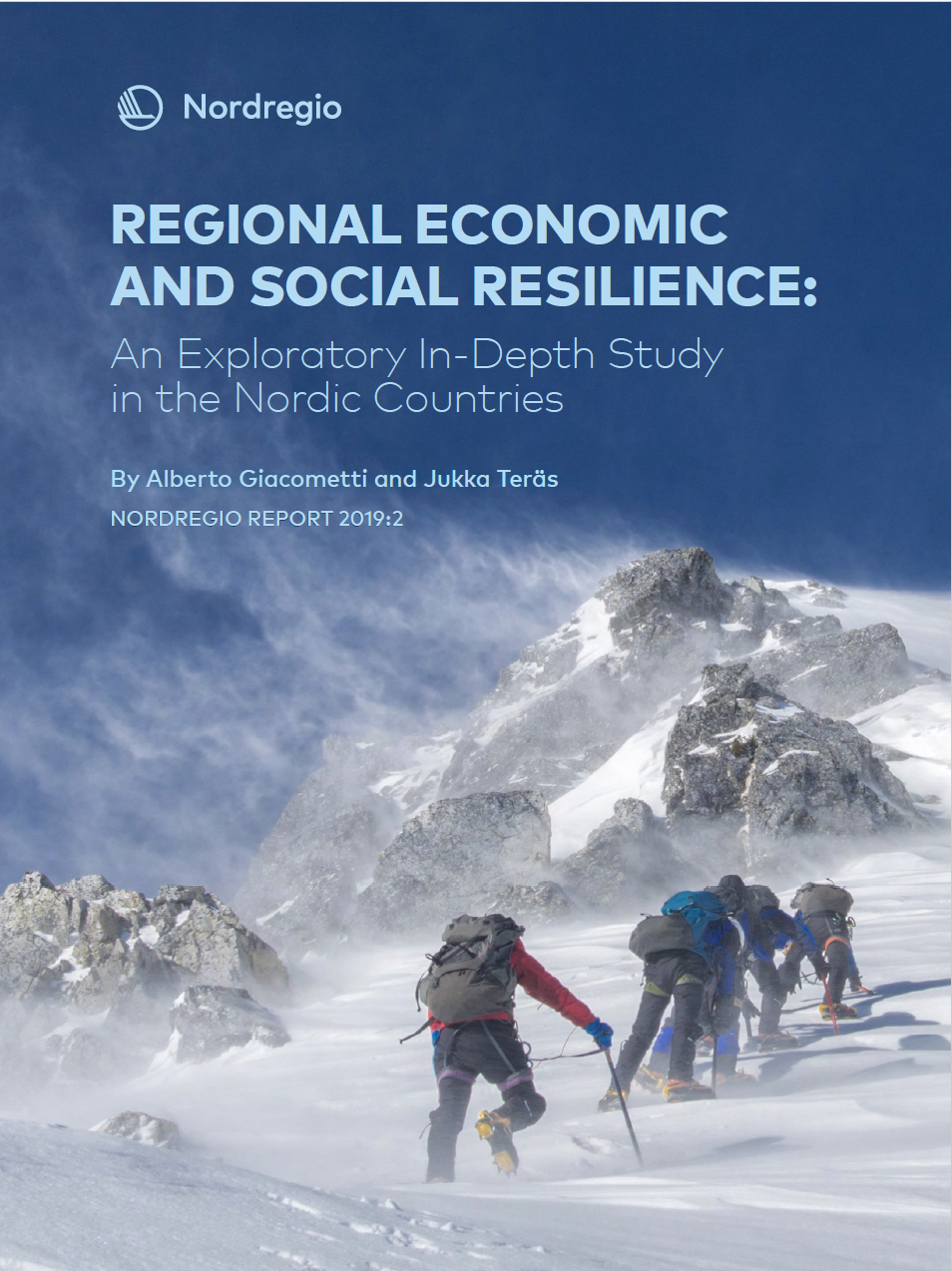 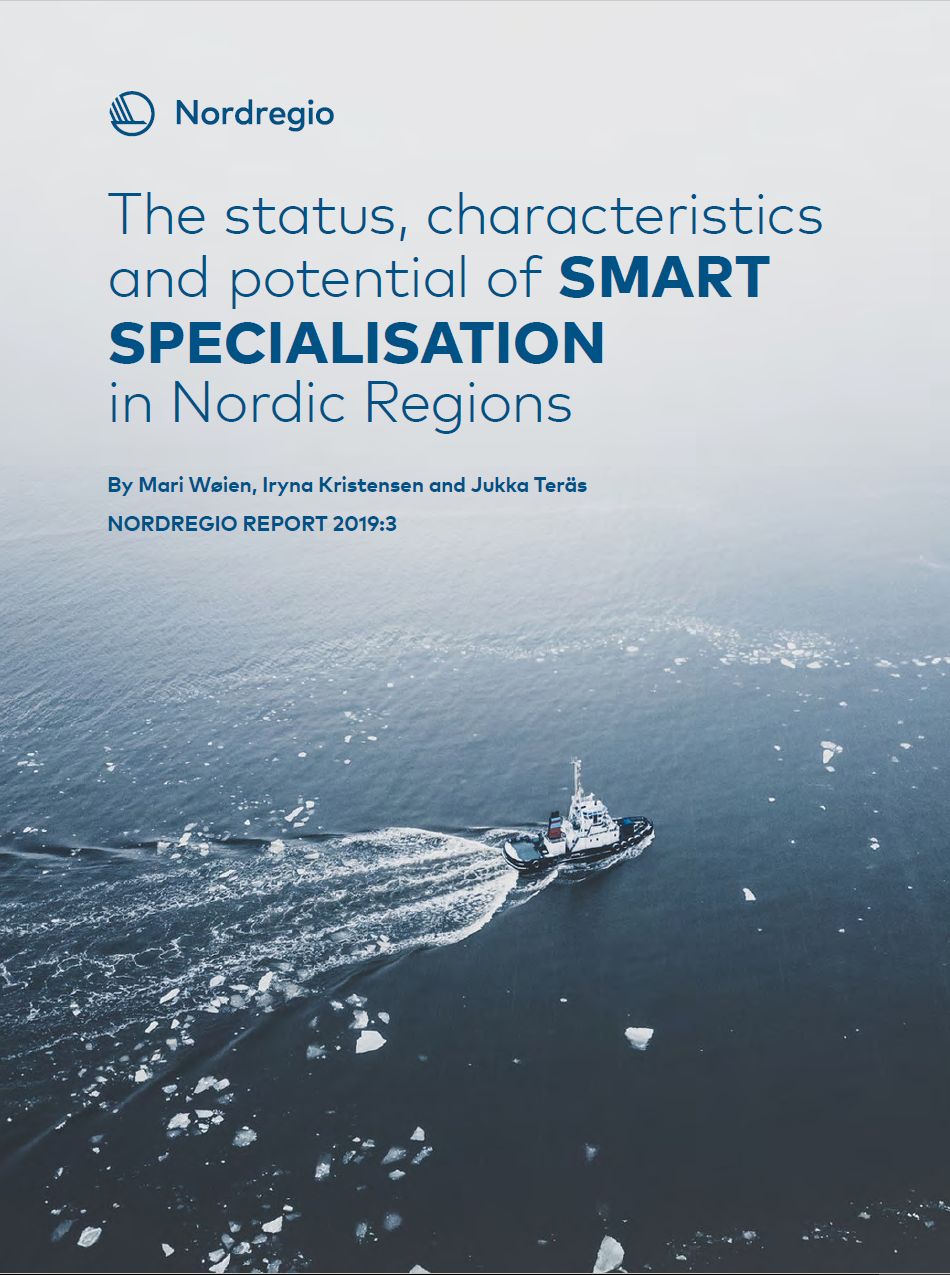 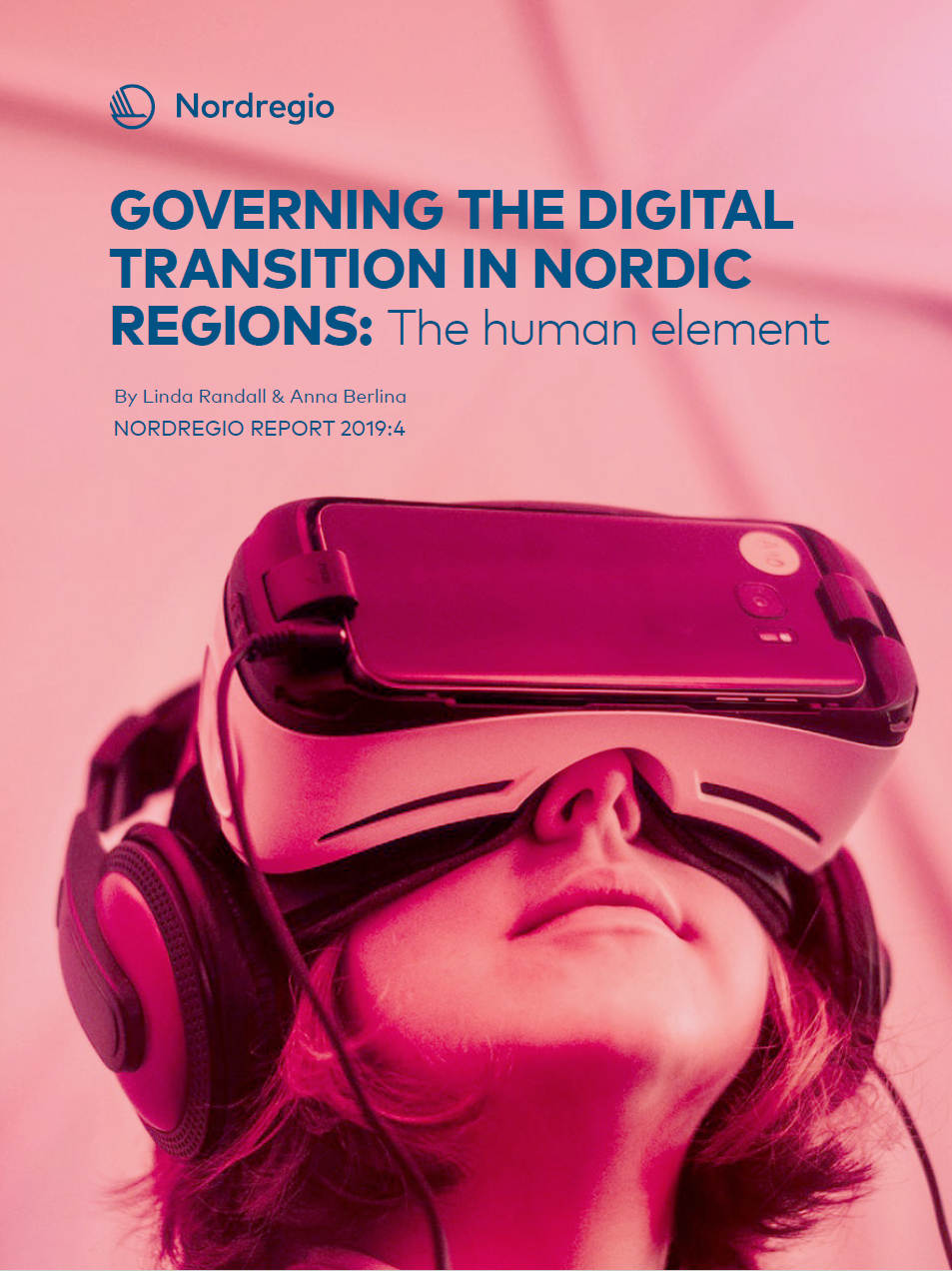 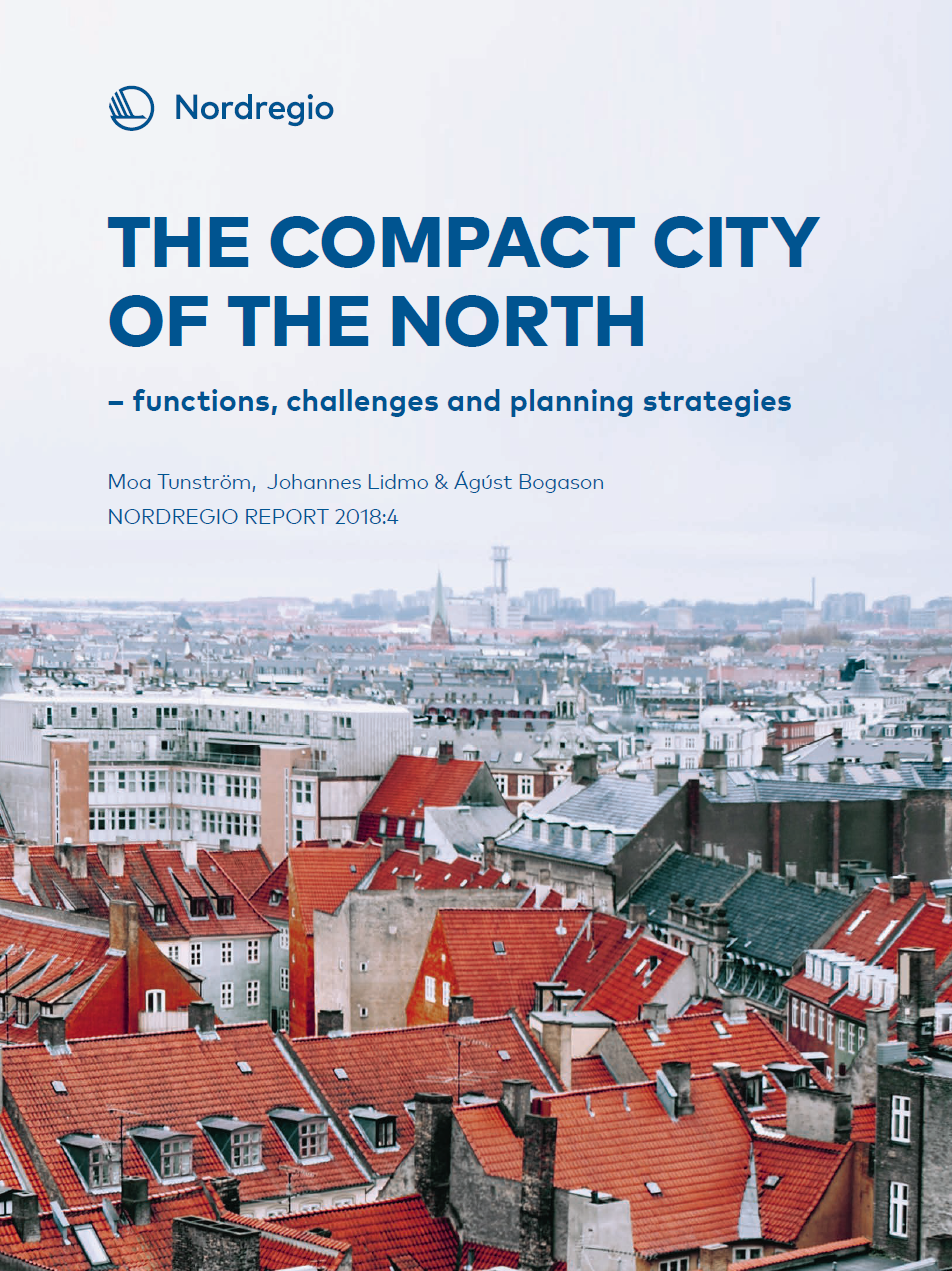 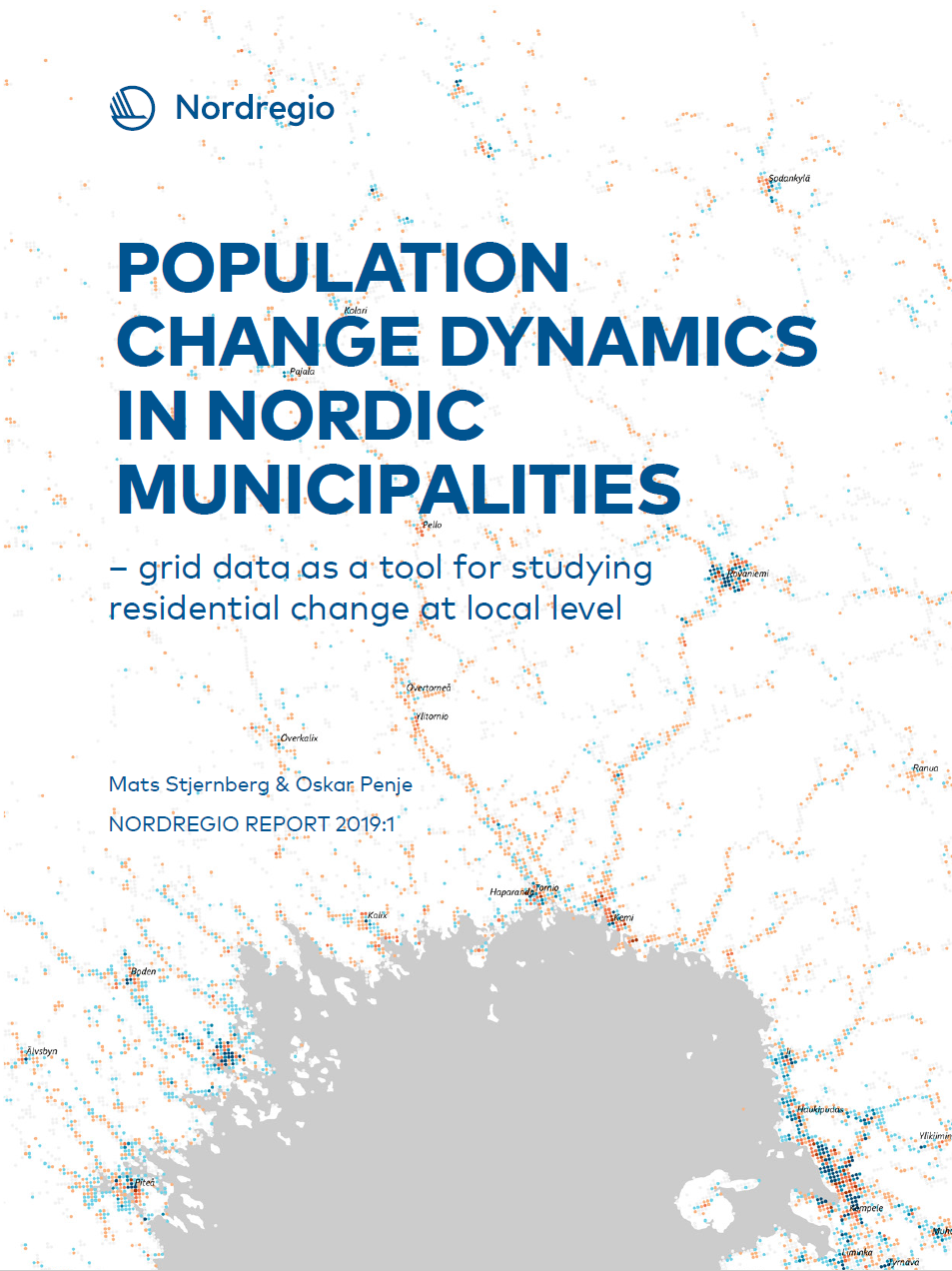 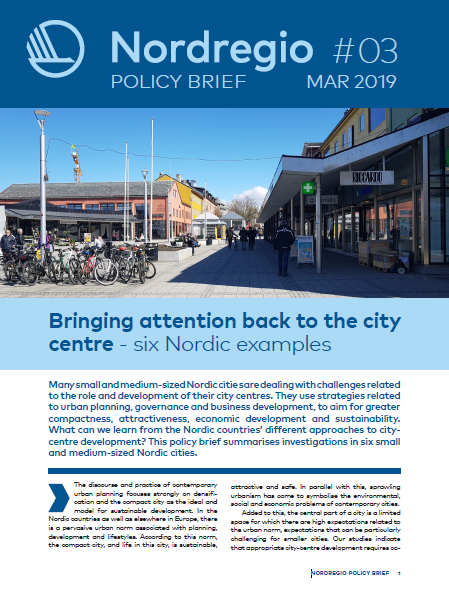 Three thematic working groups have been set up as part of the Nordic Co-operation programme for Regional Development and Planning 2017-2020. The members are representatives of relevant ministries, national authorities, regional administrations and cross-border co-operation committees in the Nordic countries.

The purpose of the groups is to assist in implementing the co-operation programme and contribute to the exchange of knowledge and experience between regional policy stakeholders. Nordregio carries out the main part of the research involved. Below is an outline of ongoing or finalized projects under the three thematic groups, plus a list of upcoming work.

Rural Attractiveness: Rural areas are often found to be depopulating and losing jobs, but this study shows that many rural municipalities break that trend. They use their resources in a smart way – cooperate across sectors in the municipality and link education systems to the local industries, building on pride in local resources, industry and culture. The project uses simple economic analyses to compare how well municipalities do across Nordic countries and collects local stakeholders about what they do to be successful, so far concluding it can often be an advantage to be small and agile.

A rural perspective on spatial disparities in education and employment: Young people in Nordic rural areas are falling behind in terms of early school leaving and youth unemployment in comparison with their urban counterparts. This project has attempted to identify what are the factors causing this and has found that social inequalities and mental health issues are at the core of the problem. Our case studies from the entire Nordic Region show diverse ways to address these issues and successfully re-engage young people.

Regional Economics and Social Resilience – an Exploratory In-Depth Study: Resilience has become a buzzword in the language of policy makers. Regional Resilience specifically is about the ability of a region to cope with change and continue to develop. This Nordic study shows that resilience is not just dependent on the capacity of regions to repel disturbances, but rather on how they cope with change and reshape the organisational structures and development path flexibly, with a special focus on the importance of trust and social capital.

Governing the digital transition in Nordic regions: the human element: Digital technologies and digitalisation have transformed our society and lives considerably, and will do even more so in the future, having an impact on how public services are provided, how we do business and our private and work life. This project explores how five Nordic regions are dealing with digitalisation today. How do they work with digitalisation? What specific opportunities, but also threats and challenges do they see and how do they deal with the human factor, given that digital success in the public sector is 80% about people and 20% about technology?

Upcoming projects focus on: Skills policies, plus two cross-border studies on digitalization and blue growth in the Svinesund area and regional resilience in the Arctic.

Compact city of the north – functions, challenges and planning strategies: Today, the city centre is supposed to be an attractive and inclusive public space, an attractive location for commercial and public services, and an attractive location to live in. In this project, we discuss strategies in Nordic small and medium-sized cities facing challenges from external shopping centres, planning regulations that limit densification as well as the persistent car dependency. Our studies emphasized the city centre as an arena for many different actors – real estate, business, planning, citizens, event organisers – demanding cooperation to get things done and to populate the city and its venues.

Small and medium-sized cities: The Nordic Region is undergoing an unbalanced demographic development. While differences between larger regions and municipalities have been well documented, less is known about more localized demographic changes. The project findings provide a deeper understanding of the population development in the Nordic region, and new evidence that challenges conventional wisdom. Many municipalities are witnessing an unbalanced development where an increase and decrease in population can be noted within the same municipal borders.

TRIBORDER: This project investigates what kind of urban and regional developments small and medium-sized cities located along the Oslo-Stockholm train corridor can expect from a new high-speed train infrastructure. Discussions about this corridor are on-going, but a cross-border perspective and the integration of small and medium-sized cities are lacking. Our investigation has highlighted the fact that medium-sized cities should see the new high-speed train infrastructure as an opportunity for new urban developments as well as their integration into a larger labour market. However, benefits for small-sized cities in such transport projects are limited and expectations should remain low.

Urban-rural flows of seasonal tourists – local planning challenges and strategies: Half of the population in the Nordics have access to a second home, and these are increasingly being used all year round. For the hosting municipalities, this poses a range of planning challenges and costs in terms of welfare, transport and other infrastructure. But it is also a major source of revenue. This flow of people, mostly from urban centers to rural areas, means that many rural municipalities have a much larger population than statistics show. So, what are the challenges that municipalities with a large number of second homeowners and seasonal tourists face from this flow of people? What strategies are used to handling these challenges?

Long term planning for Inclusive Cities: Planning for inclusive cities in the Nordic region often takes the form of local measures in segregated neighbourhoods. However, despite a common welfare state heritage, there are interesting differences between the Nordic countries. To discuss strategies for and barriers to inclusion in urban planning therefore also means taking a look at the Nordic welfare state of today. In this project, we are investigating five different approaches through case studies in each of the Nordic countries.

The new narrative for rural areas: thriving, sustainable and young
Regional development in a rapidly changing world – new studies from Nordregio
Diving into the details of sustainable cities