Co-operation – a hallmark of Nordic cities 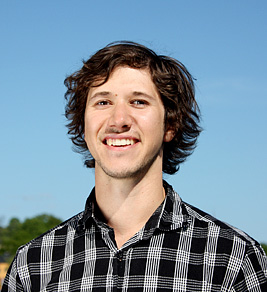 The Thematic Group for Sustainable Cities and Urban Development focuses on the conditions of planning and development for small and medium sized cities in the Nordic region.

What is the model “Nordic city”? Could it be Copenhagen, Helsinki or Stockholm? Perhaps it’s Oslo, Reykjavik or even Kiruna? When seeking to identify THE defining Nordic city, the reader should be forgiven if the differences between these cities rather than the similarities leap to mind. Rather, I suggest that those in search of the archetypal Nordic city may as well be looking for Valhalla.

The cities spread across the Nordic region do not fit into a single defining box. However, they do share a series of common features. And in my experience from across a range of Nordic urban regions, no feature better illustrates the Nordic city than that of cooperation.

Success that can spread
Contemporary Nordic cities are characterized by their commitment to environmental sustainability; focus on innovation; and accessibility to water and greenery. These features have supported the positive global perception of Nordic cities in recent years; however, they did not emerge out of nowhere. Long-term cooperation between national Nordic governments, intergovernmental authorities and urban regions has fostered shared values and tools that support a cohesive approach to sustainable urban development. Notably however, the story of cooperation in Nordic cities arises out of a regional context, but this does not limit its relevance to other cities beyond the Nordic region.

In an era of unprecedented cooperation between cities, illustrated by the rise of networks such as the Covenant of Mayors, C40 and 100 Resilient Cities, and faced with the dark shadow of national division, now is precisely the right time to spread the Nordic city message of cooperation worldwide. Beyond strengthening platforms for communication, knowledge exchange, and nurturing trust and commitment among actors, such cooperative initiatives can also generate synergies between different cities and sectors that result in new and inventive sustainable urban solutions. Such a proposal is not a theoretical exercise. It has been occurring in and among cities throughout the Nordic region for decades. This approach has supported the rise of eco-districts and a booming cleantech industry in Swedish cities, fostered innovative smart mobility initiatives in Helsinki, encouraged major R&D investment in Norway and shaped a thriving cross-border region around Copenhagen, to name a few key outcomes of cooperation.

Diverse Actors, Common Goals
A range of actors, including civil society, Nordic governments from the municipal to national level, state and supra-national ministries, private firms and academia, have played roles in shaping the cooperative atmosphere that exists among Nordic cities today. Together, these actors are greater than the sum of their parts. They continue to reaffirm openness to new ideas and opinions, trust in each other and in leaders, and the need for sustainable management of the environment. They are the foundation on which sustainability in Nordic cities have developed. Importantly, these actors are not unique to Nordic countries and nor is their cooperation. By building relationships and broadening cooperation for societal good among these types of actors, regions the world over have the opportunity to harness their combined strengths to achieve sustainability goals – or essentially any socioeconomic goals on which they are focused.

Cooperation across sectors and involving a diversity of actors, including the famed triple-helix approach of public-private-academic cooperation, has helped Nordic cities achieve some of the highest levels of health and wellbeing in the world. It has helped sustain ecologically rich and socially prized green and blue spaces. It has been vital to creating much needed housing and efficient mobility systems that not only strengthens environmental sustainability, but also supports social equity by enhancing regional connectivity and reducing the combined costs of housing and transportation. It has even spearheaded an economic transformation towards a low-carbon economy that enables fiscal growth that is decoupled from environmental degradation.

A Rising Tide Lifts All Boats
Cooperation has not been initiated and continued by a multitude of public, private and academic actors, as well as range of groups from civil society, out of altruism, but rather because of the mutual benefits that result. This success is a powerful bond that maintains cohesion, even in the face of conflict, which inevitably occurs. Over time, institutional frameworks have been established to facilitate these arrangements, and guide resolution where needed. Beyond products and services, this organizational understanding is perhaps where Nordic firms, academics and institutions offer the greatest insight and value for regions who would like to adopt similar approaches to enhance their resilience and sustainability.

Sustainability, or the lack thereof, presents many challenges around the world today. By combining Nordic cooperation know-how with skills, products and ideas that are relevant to specific regions or contexts, there is a tremendous opportunity to unlock new solutions. In doing so, a healthier, greener and more prosperous future awaits.

This article is part of Nordregio News #4. 2017. Read the entire issue here.

Building for Sustainability and Attractiveness in Small and Medium-Sized Nordic Cities
Good practice beyond major urban centres
How useful is the concept of an urban-rural divide?