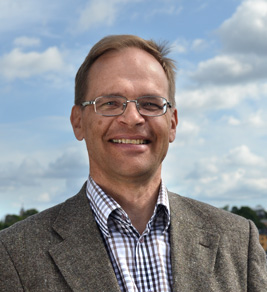 Thematic Group for Innovative and Resilient Regions
The Nordic Council of Ministers has set Nordic regions and smart specialization as one of the major themes of the Nordic thematic group on innovative and resilient regions, 2017–2020. Nordregio acts as secretariat for the Nordic thematic group. The smart specialization research work is closely related to, and interlinked with, the topics of digitalization and resilience in the Nordic regions.

Smart specialization, developed as a response from European regions to rising global competition, is at the heart of current regional innovation policy in the European Union. It is a strategic approach to economic development through targeted support for research and innovation.

The European regions are being encouraged to design their own smart specialization strategies to fully realize their potential. The concept of smart specialization is, however, intended not only to create competitive European regions but also to make the regions more sustainable and inclusive. Could this concept also be applied beyond the urban regions, for example, in rural and peripheral regions of the Nordic countries?

The recent introduction of smart specialization, as the basis for the EU programming period 2014–2020, has vitalized innovation processes in numerous regions through private-public development initiatives, engagement of regional actors in joint development and adoption of new ways to look outside the typical sectoral approach. Moreover, international smart specialization initiatives, including a joint European S3 Platform in Seville, Spain, have assisted the regions in their smart specialization efforts and led to the organization of peer-review events among regions.

There is an ongoing debate, however, on the applicability of the smart specialization concept outside the major urban innovation hubs with their concentrations of universities and firms. Rural, sparsely populated and more remote areas may not have the critical mass of relevant knowledge and actors needed to make the most of the smart specialization process. These areas, often with abundant natural resources, should not, however, be simply considered as lagging behind, but as areas with specific characteristics including unique challenges and opportunities.

In the Nordic countries, many regions outside the major urban centres have successfully adopted the smart specialization concept. Lapland, in northern Finland, was an early adopter, launching its Arctic Specialisation Strategy in 2013. The combination of the traditional cluster approach with smart specialization, through an intensive implementation phase, resulted in a smart cluster strategy. In 2015, five local smart clusters, with significant cross-sectoral elements, were identified: Arctic Industry, Arctic Rural Networks, Arctic Design, Arctic Security and Arctic Development Infrastructure.

Värmland in Sweden has included smart specialization as an essential element of their regional branding. Värmland has also created the Academy of Smart Specialisation, a project intended to renew Värmland industry, the public sector and research at Karlstad University. The project is expected to strengthen the research environments in the region and facilitate the use of research for the benefit of industry, the County Administration, the County Council and the municipalities of Värmland.
Nordland in northern Norway has prepared its own smart specialization strategy even though Norwegian regions, being within a non-EU Member State, are not required to produce such strategies in order to receive European Structural and Investment Funds.

Nordregio has undertaken substantial research on smart specialization. A recent Nordregio study, published in 2015 by the EU Joint Research Centre, is an analysis of smart specialization implementation in sparsely populated areas including Lapland in Finland, Västerbotten in Sweden, Nordland in Norway, Highlands & Islands in Scotland, Aragon in Spain and Podlaskie in Poland. Furthermore, Nordregio is lead partner in the REGINA project, which is piloting local smart specialization strategies in remote municipalities with large-scale industries. The project is a part of the EU Northern Periphery and Arctic Programme 2014–2020.

Building for Sustainability and Attractiveness in Small and Medium-Sized Nordic Cities
Co-operation – a hallmark of Nordic cities
How useful is the concept of an urban-rural divide?