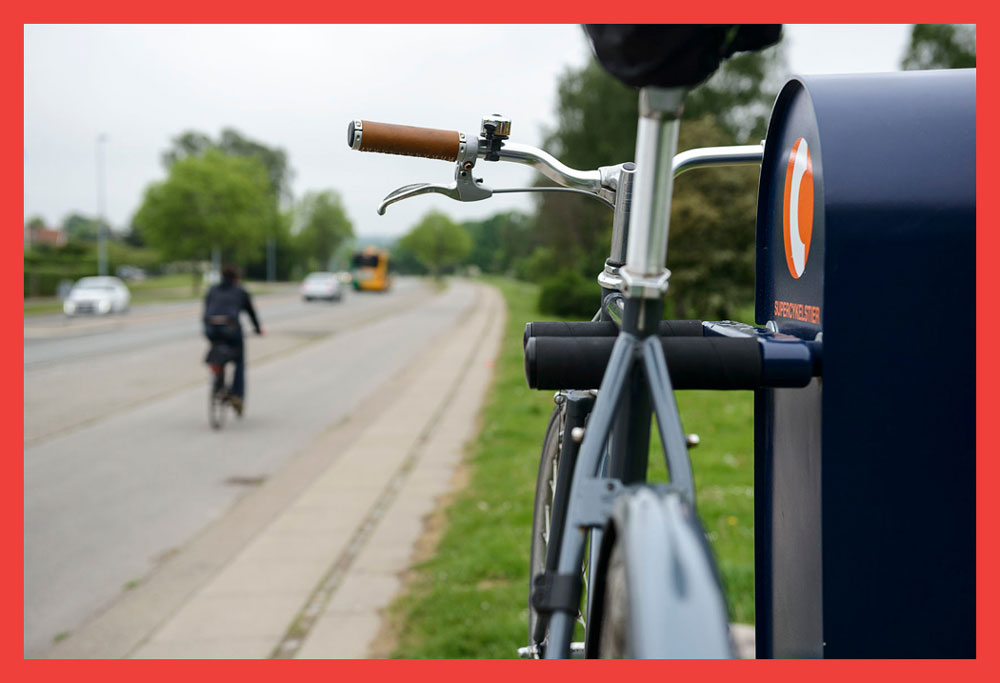 To reduce car traffic and thus congestion, noise and air pollution, Copenhagen Municipality sought to make it easier to cycle from the suburbs into the city. The suburbs were located in other municipalities, meaning that a regional approach would be necessary to develop such a plan. This presented a challenge, as planning and building cycle infrastructure are generally handled at the municipal level in Denmark. Existing cycle infrastructure was not developed to the same level in each municipality and there was no masterplan connecting them.
Hence the challenge was twofold: getting people to take the bike instead of the car and getting the capital and the 22 surrounding municipalities to collaborate on a regional bicycle infrastructure plan. In 2009, the inter-municipal cooperation Cycle Superhighways was started to face this challenge.

In 2011, the secretariat of Cycle Superhighways was installed to coordinate the development, collaboration, communication and evaluation of the project. There is no legal basis for the cooperation — the municipalities participate voluntarily. In the beginning, the project’s primary goal was modal shift for commuter trips from the suburbs into Copenhagen however, following the development of the first few routes, Cycle Superhighways also began building a regional network of bike lanes connecting the suburbs with each other. The majority of the work consists of upgrading and linking existing cycling infrastructure.

The network consists of well maintained, high quality asphalt bike lanes which are separated from other traffic and clear signage along the routes. Cyclists can enjoy green waves of traffic signals and during winter the bike lanes are cleared of snow. To create trust among users, the network has a recognisable logo that represents a certain standard of cycle infrastructure. When seeing the logo, cyclists know they can expect uniformity and high quality, much like the logos for public transport companies.

In mid-2018, 45 routes had been developed connecting the suburbs with each other and to the Copenhagen City Centre. The total network covers around 750 km and the most recent route was completed in 2017. A new route will be opened in fall 2018 and four more routes are planned for 2019.
An evaluation conducted in January 2015 showed that, since the opening of the first route in 2012, the number of bike commuters has increased by 52%. Twenty one percent of those using the Cycle Superhighways are new commuters who have made the switch from the car or public transport.

To further persuade people to take the bike, Cycle Superhighways also developed an app, making it easy to integrate public transport into the journey. The app incorporates an exercise function where people can enter their exercise goal (e.g. desired number of calories to burn), after which the app calculates the distance and route to cycle.

The Cycle Superhighways concept is suitable for implementation in other countries that want to provide a cheap, healthy, flexible and safe alternative to the car. A catalyst for this process is the electric bike, which contributes to the viability of long distance commuting by bicycle. The idea of standardised, uniform cycle infrastructure has gained the interest of a delegation of the European project CHIPS, which focusses on cycle highways.

The Cycle Superhighways also provide a good example of regional cooperation. The province of Skåne in Sweden has received help from Cycle Superhighways to implement a regional commuter route and standardise existing routes.
Municipalities from the United States, Canada, Chile and South-Korea have also expressed interest in learning from the project.