These maps show the energy produced by biogas (in GWh) as well as the number of facilities producing bioenergy in the Swedish regions. The maps also show the location and type of biogas plants in Denmark, Finland, and Iceland. 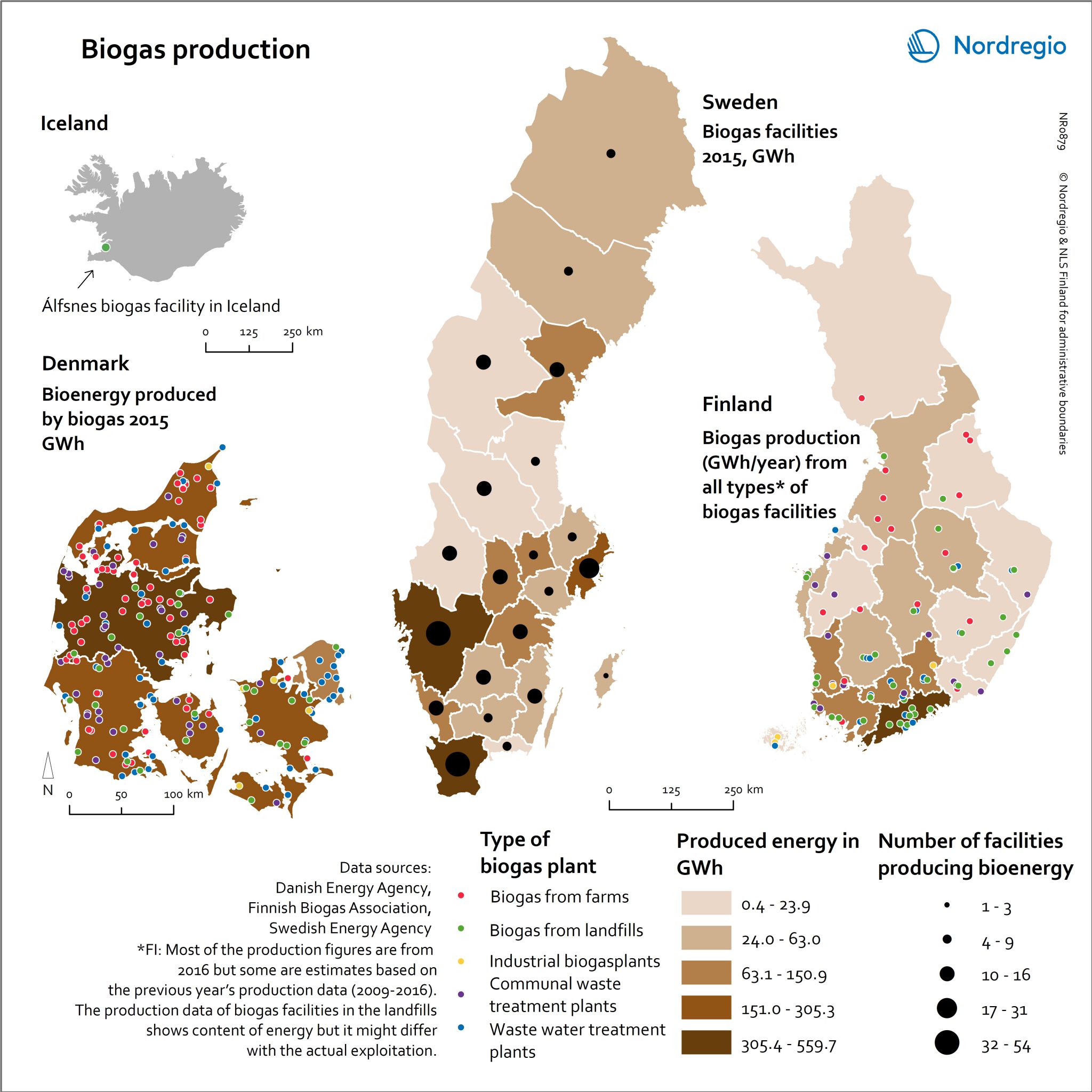 The brown shading indicates the produced energy in GWh in each region. The darker the brown, the larger the energy produced. The black circles are proportional to the number of facilities producing bioenergy in the Swedish region. The location of biogas plants in Denmark, Finland, and Iceland is indicated by coloured circles. The colours indicate the type of biogas plant.

Biogas production is widely distributed across the Nordic Region and between the types of sources used. In 2015, 18% of the energy use in Denmark came from biomass and waste. In the western part of Denmark, biogas is mainly based on manure from farms supplemented with sludge and organic waste from wastewater plants. The vast infrastructure for gas makes it easy and accessible for farmers to link biogas to the existing energy net. The largest numbers of plants in Finland are based on farms and landfills. In 2015 in Sweden, 282 facilities produced 1947 GWh biogas with the largest regional production being in Skåne (417.5 GWh), Västra Götaland (350.9), and Stockholm (255.8). Iceland had a biogas facility in Reykjavík at Álfsnes landfill with plans for expansion in 2018.