Data source
Nordregio´s calculations based on Eurostat and NSIs

This map shows the disposable average household net income in purchasing power parity (PPP), based on final consumption in 2014 for all Nordic municipalities. Gross disposable household income (GDHI) is the amount of money that all the individuals in the household sector have available for spending or saving after they have paid direct and indirect taxes and received any direct benefits.

The red tones indicate different levels of disposable average household net income in the Nordic municipalities in 2014. The darker the tone the higher the disposable average household net income. The grey colour indicates no data.
Denmark stands out as being a very homogenous country in terms of income distribution – with only the island of Bornholm, the area constituting the Storebælt and suburban municipalities having lower levels. It is striking how lower levels persist in the inland areas of northern and central Sweden (except Kiruna and Gällivare), in the inner peripheries of Kalmar county and in Värmland. In Norway, municipalities in Hedmark stand out while the rest of Norway shows high values. It is also striking how many of the Norwegian municipalities are found in the highest category populated only by the larger city regions from the other Nordic countries. Finland has islands of high-income municipalities around the larger cities in the south, and some medium level municipalities on the west coast – but beyond that the country is in the lower intervals. Åland stands out as it has higher values and a very homogenous distribution. Finally, Iceland displays low values even for the urban municipalities in comparison to their Nordic counterparts. 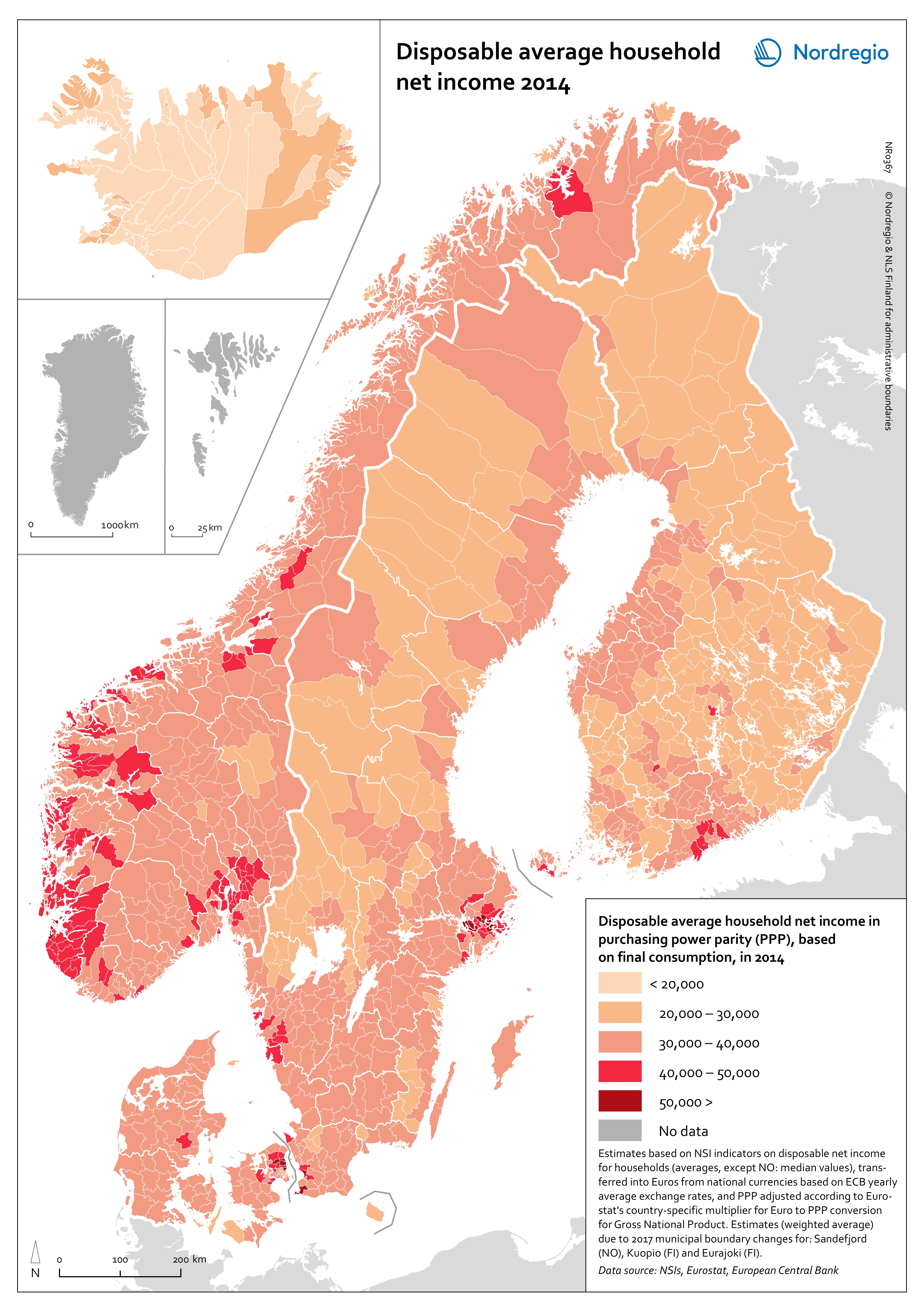