This map shows the percent of individuals aged 25-64 with lower secondary education as highest level attained in all Nordic municipalities in 2016.

Education levels among the working age population vary substantially between municipalities. The share ranged from as low as 3.2% in the suburban Stockholm municipality of Danderyd, to as high as 67% in Qaasuitsup, North-Western Greenland. The Nordic average (16.5%) was well below the EU average (23%). Sweden had the lowest share of persons in this group (12%) and Greenland the highest (54%). Norway (21%) and Iceland (25%) were around the EU average and Denmark (19%) and Finland (17%) were closer to the Nordic average. These cross-country differences can be explained to some extent by the education systems of the respective countries. In Sweden and Finland, students are more likely to take a standard (academic) pathway through upper secondary school. Alternatively, in Denmark and Norway students are more evenly split between academic and vocational pathways, with those in the vocational pathway more vulnerable to non-completion. This does not necessarily imply negative outcomes for these students – many leave to pursue employment opportunities. 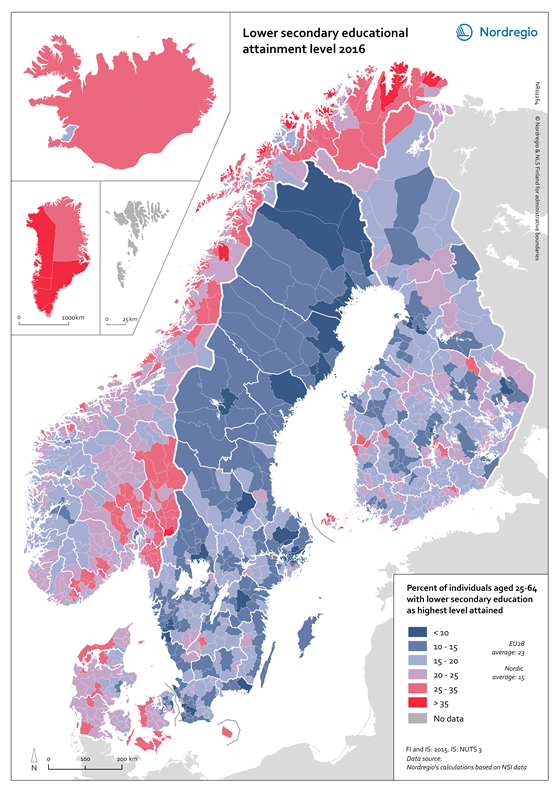