The map indicates the economic interaction between the Nordic and Baltic Sea Region countries in terms of trade flows. Russia is an important export country for Iceland, Greenland and the Faeroe Islands. Finland relies more heavily on Russian trade than Sweden, Denmark or Norway do. There countries trade more with Germany and Poland. Norway has strong bilateral trade with Sweden, Denmark and Germany, while Sweden and Denmark have more diverse trade patterns. South Baltic “horizontal” trade is important with strong interactions between Germany, Poland, the Baltic States and Russia. Estonia has stronger trade relations with Sweden and Finland than it does with Latvia and Lithuania. Sweden and Finland do not display as important interactions in trade with Iceland, Greenland and the Faeroe Islands as do Norway and Denmark. Iceland also trades a lot with Germany. 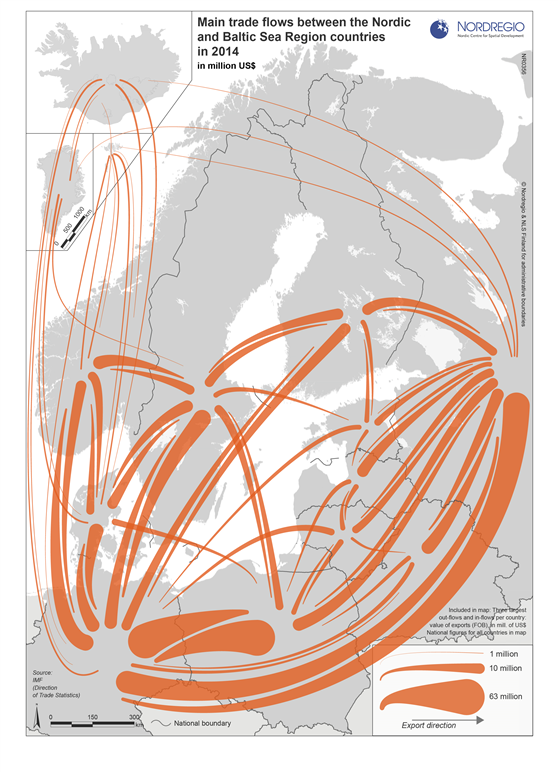