There are ongoing debates on administrative municipal and regional reforms in the Nordic countries. The Faroe Islands saw a large-scale municipal reform in 2009. The reform included a number of municipal mergers, resulting in several municipalities becoming larger. It also reduced the scattered, mosaic-like. nature of the Faroese municipalities which were previously spread across different islands creating several exclaves. With the additional merger of Húsar and Klaksvíkar in 2017, the entire island of Kalsoy, where Húsar municipality was previously located, is now a single municipality.

Municipal merger in the Faroe Islands in 2017 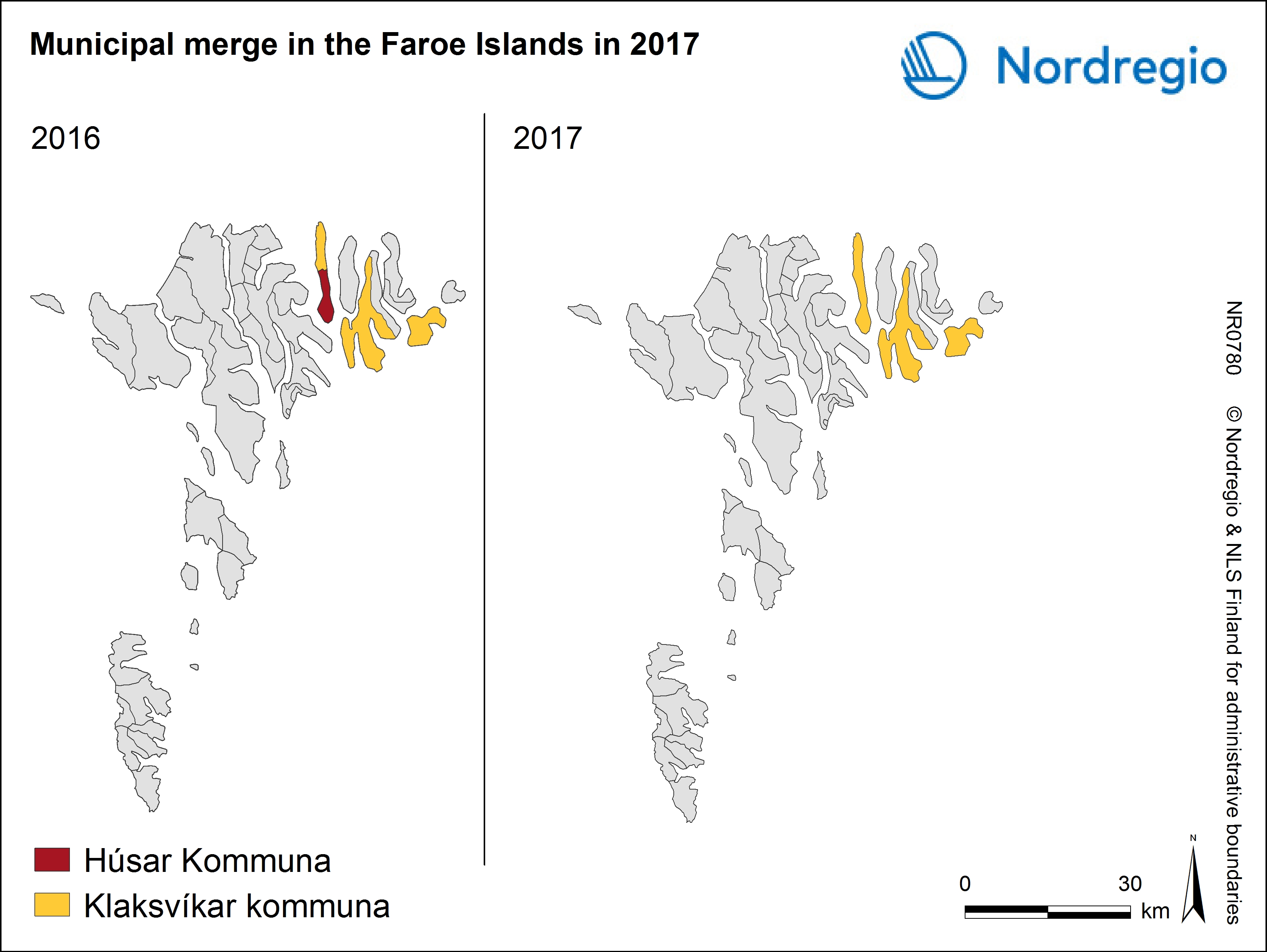