This map shows the country of origin of Foreign Direct Investment (FDI) in the Nordic regions between 2003 and 2016.

The colours indicate different countries of origin of FDI inflow by number of projects between 2003 and 2016.

FDI inflows examined by country of origin, reveal an interesting pattern in terms of intra-Nordic investment inflows, confirming the assumption that proximity, both in terms of geographical distance, and in terms of rules, regulation and business culture is an important driver of FDI.

A breakdown at the regional level reveals that 55 out of the 74 Nordic regions received the largest number of FDI projects from a region located in another Nordic country. The largest share of these intra-Nordic flows originates from Sweden (35 regions in total), particularly in the manufacturing sector as well as the ICT sector in Norway. The largest share of FDI projects from Finland are attracted to Sweden’s highly competitive international manufacturing industry. Denmark is the main source country of FDI inflows in both Greenland (mostly in the transportation and storage and business services sectors) and the Faroe Islands (mostly manufacturing and finance and insurance activities sectors).

Eighteen Nordic regions have their largest source country in terms of project located outside the Nordic Region, i.e. other European and extra-European countries. FDI inflows from other European countries are the highest in terms of projects in six Nordic regions, most of these regions can be characterised by their relative remoteness and strong industrial profile. Finally, two extra-European countries, namely the United States and Canada, are the largest source country in twelve Nordic regions, that are either capital city regions with a strong and diversified service sector or peripheral industrial regions. 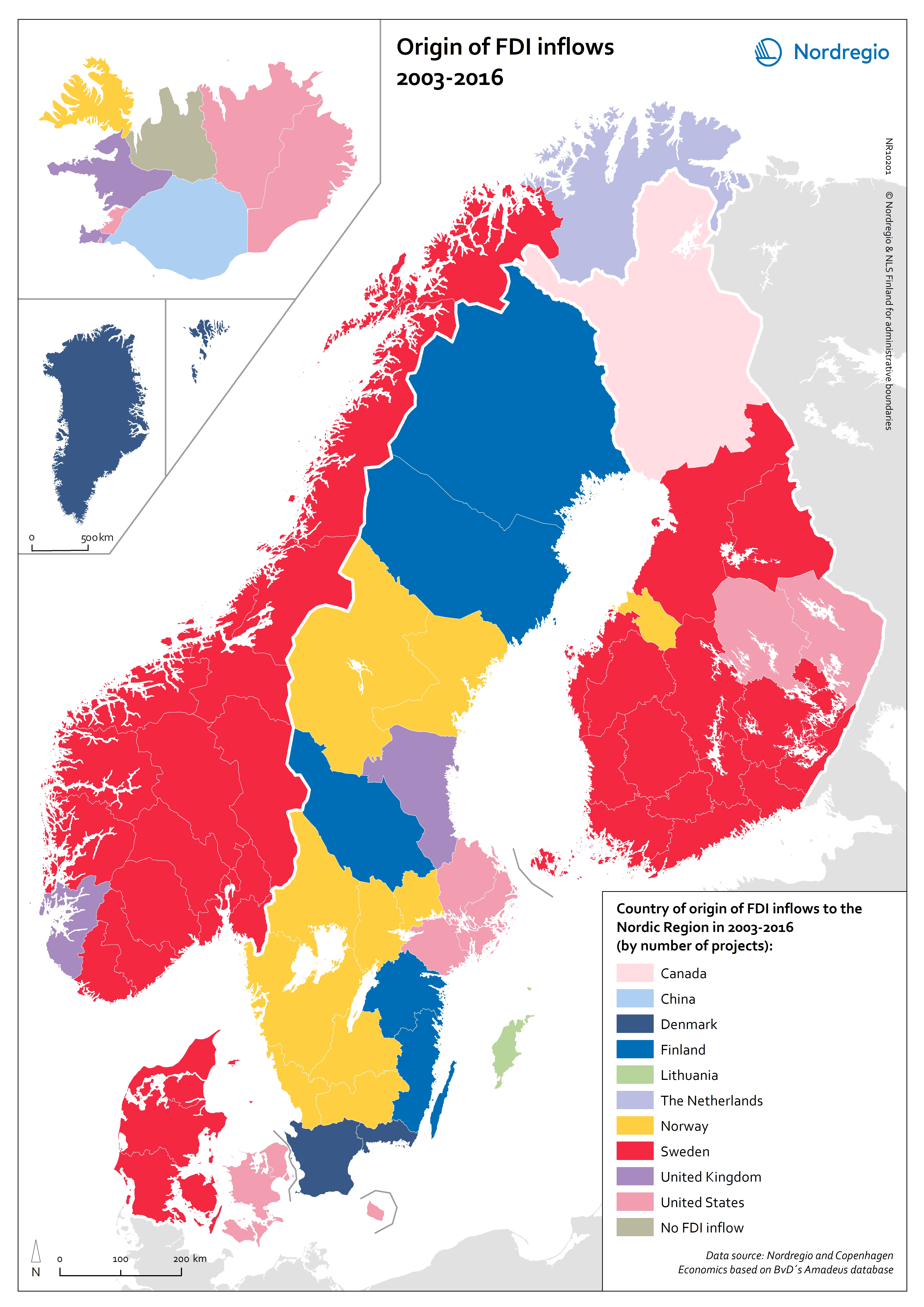