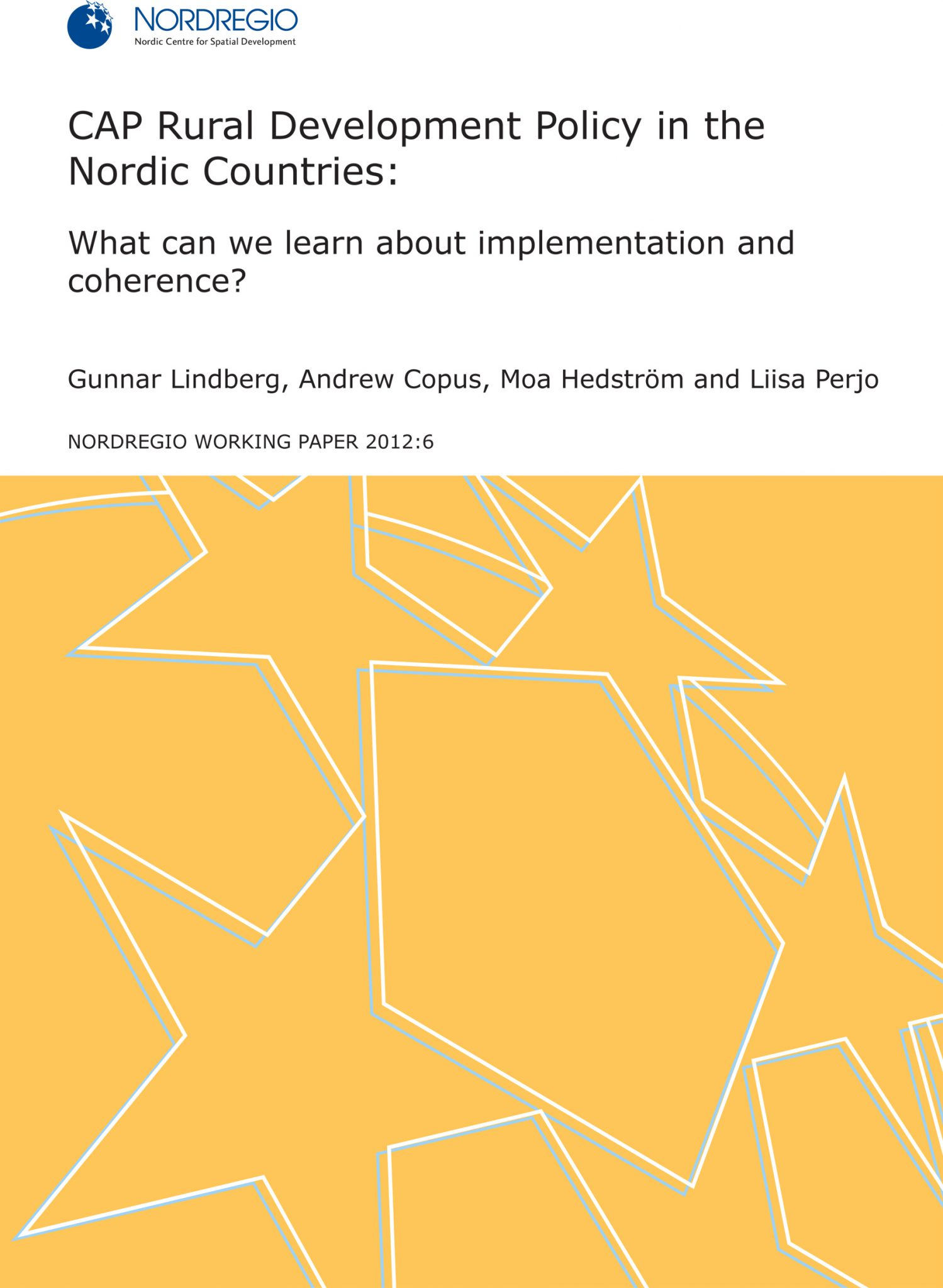 CAP Rural Development Policy in the Nordic Countries: What can we learn about implementation and coherence?

This report is intended as an input to the preparations for the new Cohesion Policy and CAP Rural Development programming period, which is scheduled to begin in January 2014. First we compare and reflect upon experiences of RDPs in Nordic EU member states and in Scotland. The final chapters focus upon the concept of coherence, first in relation to current programmes, and then considering the implications of the draft regulations of the CAP.

This report has been written as preparation for a workshop, to be held at Nordregio in Stockholm on May 7th 2012. The workshop is intended as an opportunity to discuss issues raised by the ongoing preparations for the new EU policy programming period, beginning in 2014. More specifically the focus will be upon the process of compiling Partnership Contracts, within the context of the Common Strategic Framework. The draft legislation, which is currently the subject of scrutiny by the European Council and Parliament, requires a greater degree of coordination (known as ‘coherence’) between Regional and Rural Development policies, and this implies a higher level of interaction and mutual understanding between the two policy communities.