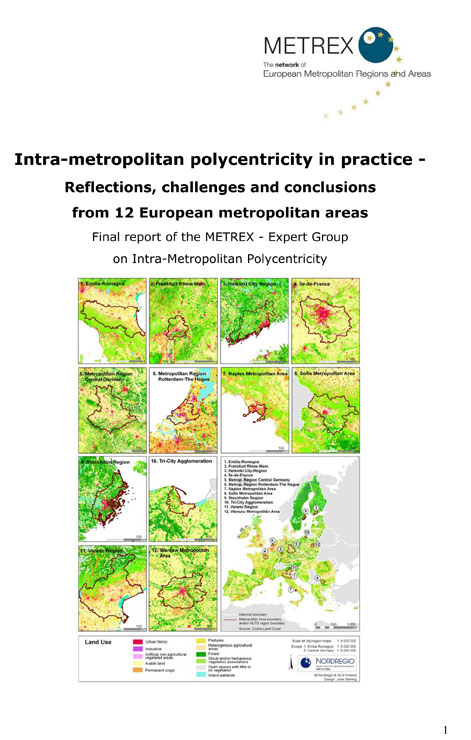 The report summarises the intense work undertaken over an 18-month period by the METREX Expert Group on Intra-Metropolitan Polycentricity (IMP) set up in early 2009 on the initiative of the Regional Planning Office, Stockholm County Council and has been supported by Peter Schmitt (Nordregio) and Susan Brockett (Plan and Process)

The report draws attention in particular to the major challenges, to reflect current methods, practices, routines and debates, and to share lessons and experiences with regard to the performance, applicability and implementation of the concept of polycentric in the respective metropolitan areas represented in the group.