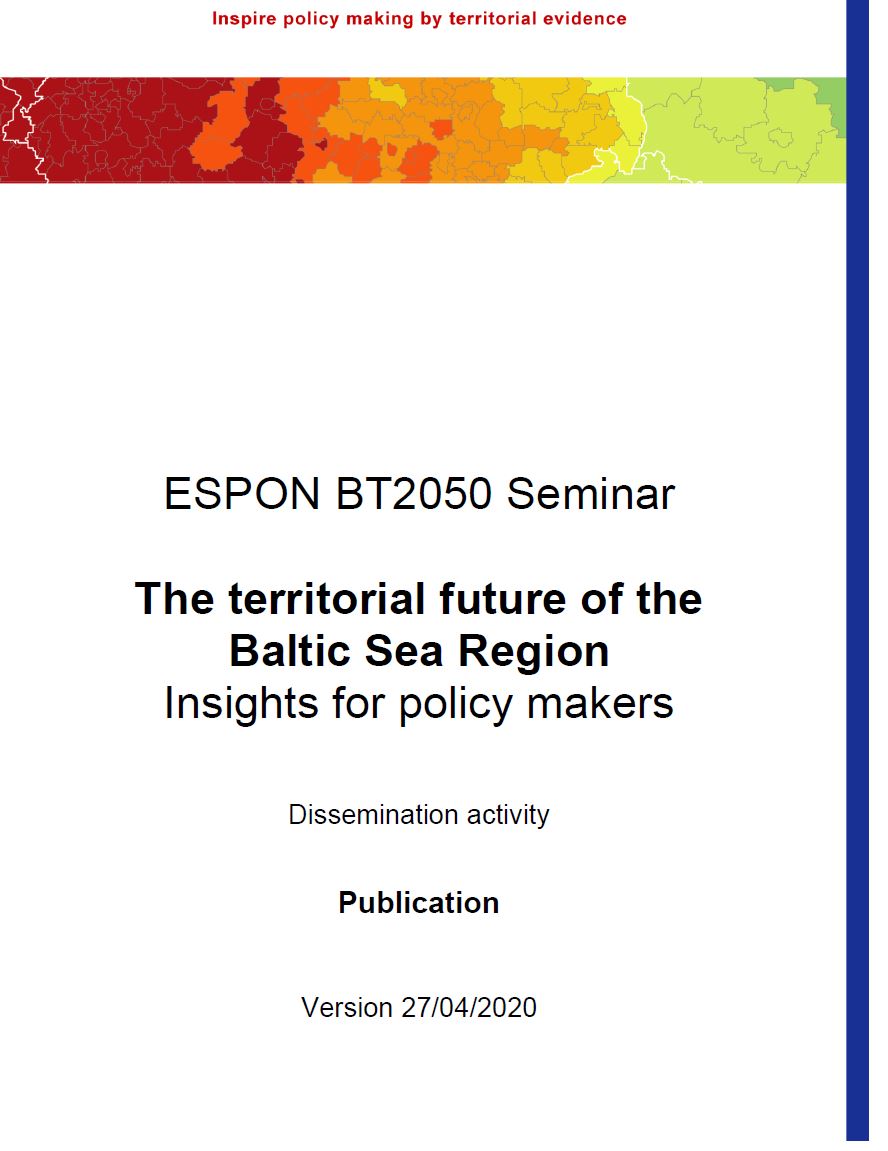 This short report is aimed at informing policy makers, planners, regional stakeholders and researchers on how the project’s outcomes can be used in practice.

Scenarios and in particular territorial scenarios can be a useful tool to further inform and support policymakers in preparing for and shaping the future. To better support and update its work, VASAB initiated the ESPON targeted analysis project ‘Territorial Scenarios for the Baltic Sea Region 2050’.