Refereed article in European Journal of Spatial Development, no 65 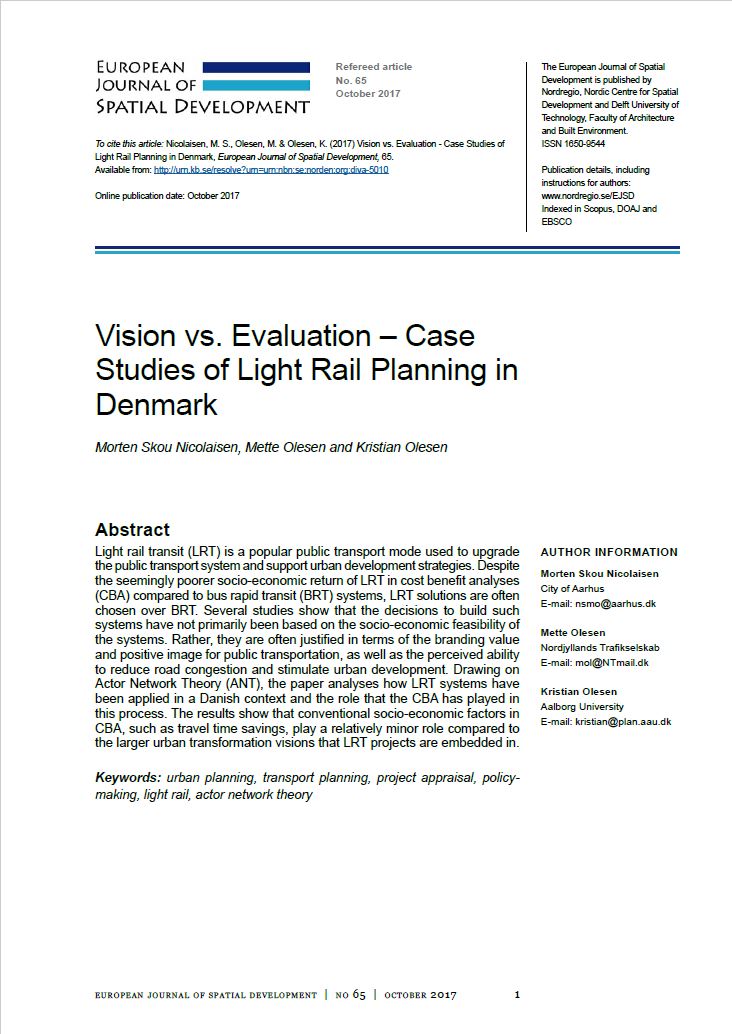 Several studies show that the decisions to build such systems have not primarily been based on the socio-economic feasibility of the systems. Rather, they are often justified in terms of the branding value and positive image for public transportation, as well as the perceived ability to reduce road congestion and stimulate urban development. Drawing on Actor Network Theory (ANT), the paper analyses how LRT systems have been applied in a Danish context and the role that the CBA has played in this process. The results show that conventional socio-economic factors in CBA, such as travel time savings, play a relatively minor role compared to the larger urban transformation visions that LRT projects are embedded in.

This article is published by the European Journal of Spatial Development, which in turn is published by Nordregio and Delft University of Technology, Faculty of Architecture and the Built Environment.