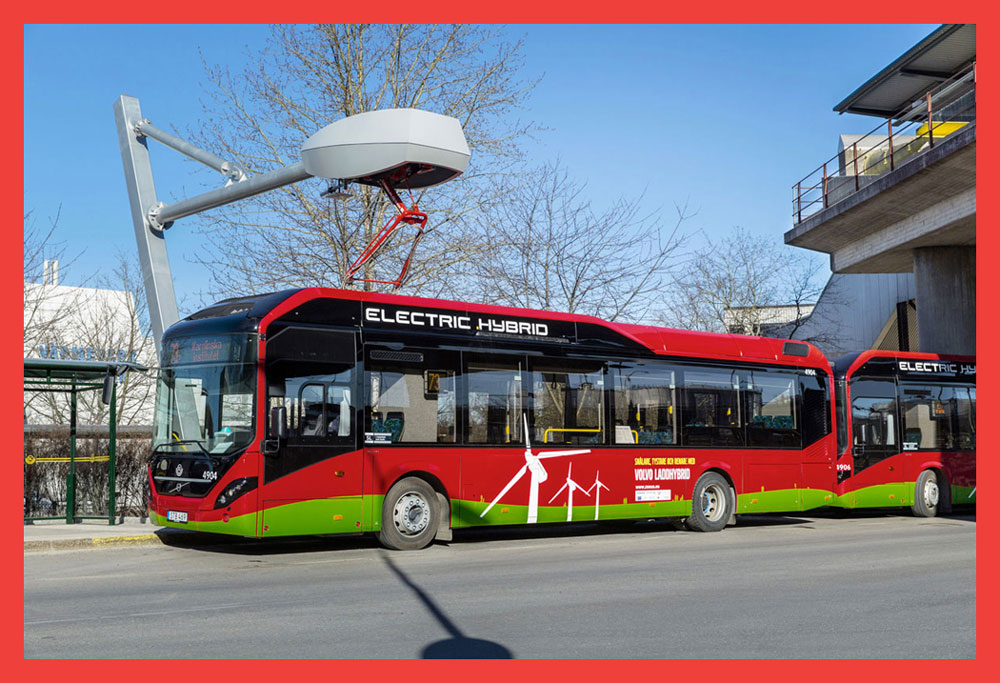 The ElectriCity partnership began in 2013 with the aim of creating sustainable attractive public transport. The network is a platform for trailing new innovations to progress urban mobility and includes 14 stakeholders from the public, private and academic sectors. The first outcome of this collaboration was bus route 55, a route served entirely by electric and plug-in hybrids buses. Bus route 55 was implemented in 2015 and is the first phase of an ambitious project that seeks to create a scalable business model for sustainable mobility.

Three fully electric and seven plug-in hybrid buses make up the fleet of the pilot line ‘bus route 55’. The plug-in hybrid vehicles on the line are powered by electricity 77% of the driving time and the remaining time by renewable fuel (HVO). The line has proven to be both functionally viable and popular.

The charging system is efficient requiring only three or four minutes to charge the bus battery at the final station. This, combined with the electricity generated during breaking provides enough electricity to complete the route.

In June 2018, the second electric bus line – EL16 – will be implemented. The buses have wide doors that allow efficient flow of travellers and a large open area with a low and level floor enabling accessibility and high passenger capacity. In addition, the electric busses are very quiet, especially at speeds under 40 km/h, providing the potential for cities to be built in a denser and more people-friendly way.

The ElectriCity project has also included an electric truck and an electric garbage truck delivered by Volvo. Furthermore, ElectriCity is exploring the possibility to take in electric yellow machines and dumper trucks.

Running in test and demo operation since 2015 the bus route 55 in Gothenburg has demonstrated the environmental and social advantages of electrifying public transportation. Electric buses are up to 80% more energy efficient, emissions are low and the maintenance costs are less than standard diesel buses. The buses run on time, the line is open to all travellers and has the same ticket validity as other routes in Gothenburg.

Around 100 000 passengers per month now enjoy silent and comfortable travel with free wifi and possibility to charge their phones. Furthermore, in Västtrafik’s passenger survey 74% of passengers fully agreed with the statement “I find the noise level on board comfortable”, compared with 29% on other bus routes in Gothenburg. The implementation of route EL16, validates the positive outcomes of replacing traditional diesel fleet by electric ones. In the long run electrifying public transportation promises to deliver quieter and cleaner cities

ElectriCity goes beyond public transportation and intends to revolutionize all urban transport, including the electrification of heavy trucks (e.g. refuse, dumper). Electrified, exhaust-free and quiet trucks would allow, for example, the collection of garbage or delivery of parcels and goods during night shifts relieving daytime traffic. ElectriCity has gained attention across large parts of the world.

During the first year 5 500 visitors and around 100 delegations have showed interest in ‘bus route 55’ in Gothenburg. Volvo already offers electric busses and the public transport authority of Västra Götaland is planning for large scale introduction of electric busses in the city of Gothenburg and other cities in the region. Furthermore, the charging interface can be used by buses made by many manufacturers. This will allow the system to be used as a prerequisite in procurement tenders.