Project leader
The Agency for Real Estate and Urban Renewal (before: The Agency for Planning and Building Services in the City of Oslo) 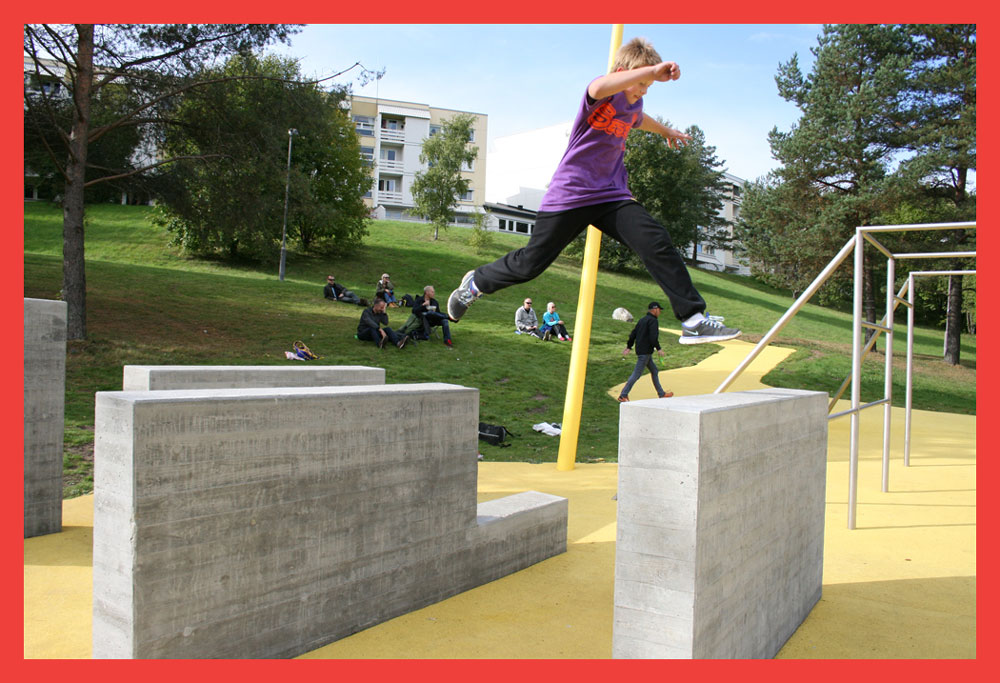 The Furuset is a suburb in the Grorud Valley, a 20-minute metro ride from the city of Oslo. The neighbourhood dates back to the 1970s and includes schools, kindergartens and sports facilities and residential buildings of four-to-six-stories clustered around the metro station. The motorway intersects the neighbourhood, forming a barrier and causing noise and air pollution. The neighbourhood lacked urban qualities — the public spaces were worn down, there were too few meeting places. At the same time, unused spaces left over after planning (SLOAPs) in the neighbourhood contributed to the sense of poor urban quality. With no regular visitors or users and no clear purpose, these urban spaces soon became desolate. The lack of activity and sense of responsibility for the spaces by the inhabitants, made the spaces unpleasant and were perceived as unsafe. The Grorud Valley, and Furuset particularly, faced socio-economic issues like segregation, low housing prices and a poor reputation.

In 2007, the Groruddalen Action Plan was launched. This plan combined physical and social measures for improving the neighbourhoods in the valley. The social measures aimed at improving the daily life of the inhabitants (e.g. free kindergarten) and the physical measures included a zoning plan indicating the new public spaces (e.g. squares and pedestrian streets), the building of approximately 2 000 new dwellings close to the metro station and a new park.

In Furuset, the connection of different green areas was an important element of the plan. Besides facilitating mobility (cycling and walking) and creating new places for recreation the new green structure has enhanced ecosystem services. A cover over the motorway is planned and will reduce noise and air pollution.

On top of the motorway cover, new green areas are planned. Exhibitions and workshop were organised to invite people into the planning process, particularly targeting children and the elderly, groups who often do not participate in the planning process. During the workshops, participants made mental maps that indicated the more pleasant and disfavoured areas.

Since the inception of the Groruddalen Action Plan in 2007, approximately 1 570 000 EUR (1.5 billion NOK) has been invested in the area and around 300 projects have commenced, many of them at Furuset.

Furuset is also one of the 50 pilot projects of FutureBuilt, a ten-year programme for developing climate-friendly areas and buildings. Part of the programme is the construction of a school and a nursing home and upgrading the urban areas that were marked as problematic by the participants during the exhibitions and workshops.

The innovative and sustainable way of redeveloping the Furuset neighbourhood provides much socio-economic and environmental benefit. The participatory process has contributed a great deal to this.

The lessons learned and experiences gained from this can be used in other neighbourhoods that deal with the same problems. SLOAPS can be found in many neighbourhoods and contribute to low housing prices and an overall bad reputation of the neighbourhood. In the participatory these areas were efficiently mapped and the municipality made plans for redevelopment.

This process is already a benchmark for similar future development in Norway and could be applied outside Norway too.