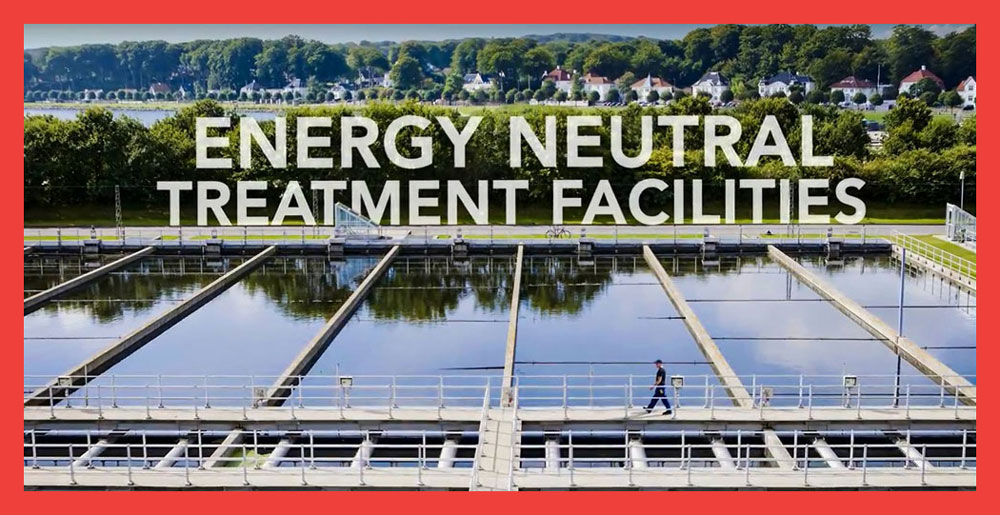 Aarhus Vand (Aarhus Water) has been actively trying to reduce its energy consumption since 2006 by moving towards an integrated energy technology structure. The Wastewater Treatment plant (WWTP) at Marselisborg is part of this plan. By optimising their systems, Marselisborg WWTP was in 2016 producing 53% more electricity than needed to cover its own energy consumption. Additionally, it produced 2.5 GW of heat for the district heating system without increasing the intake of organic waste or carbon. This optimisation enables the WWTP to contribute power and drinking water in the region. As a result of these incremental changes to the wastewater treatment plant’s systems, Aarhus Water’s water cycle is now entirely energy neutral.

The wastewater plant’s operations have been optimised by implementing the SCADA system, which controls the levels of ammonium, nitrate and phosphor, as well as online optimization of the nitrification/denitrification process. The HV Turbo Blower has been replaced with an ABS HST Compressor in order to improve the efficiency of the aeration. The old centrifuge has also been replaced with a more energy efficient Alfa Laval G3, and the old gas engines have been replaced by three biogas engines (CHP).

This has increased the energy production by 1 GWh/year. The sludge liquor treatment moved to an anammox process, and the process surrounding de-ammonification was optimised using a Nitrite shunt in the main streams. In total, the wastewater treatment plant has saved 1.1 GWh/year, whilst the energy (electricity) output produced has increased by 1 GWh/year. What is more, they found an opportunity for utilising the surplus of heat, putting it towards the district heating system, contributing towards their sales of excess heat for the district heating system, to 2.5 GWh/year.

Additionally, CO2 emissions have been reduced by 153 tons per year. Saving both energy and money, the improvements at Marselisborg Wastewater Treatment Plant are efficient and effective measures contributing towards a low-carbon city, based on circular economy principles.

Aarhus Water also has a second plant, half the size of Marselisborg WWTP, currently producing as much electricity as it is consuming. With full optimization and wastewater loading, the plant can increase its production up to 150%. The WWTP project in Marselisborg also showcases Nordic collaboration through the Swedish consultancy SWECO’s involvement in the project.

In 2016, Marselisborg WWTP featured in the IEA’s World Energy Outlook publication. This has since drawn delegations from all over Europe and Africa, and in particular, China and the USA to visit the plant, learning from the Marselisborg WWTP.