External links to the project
Klimabyen 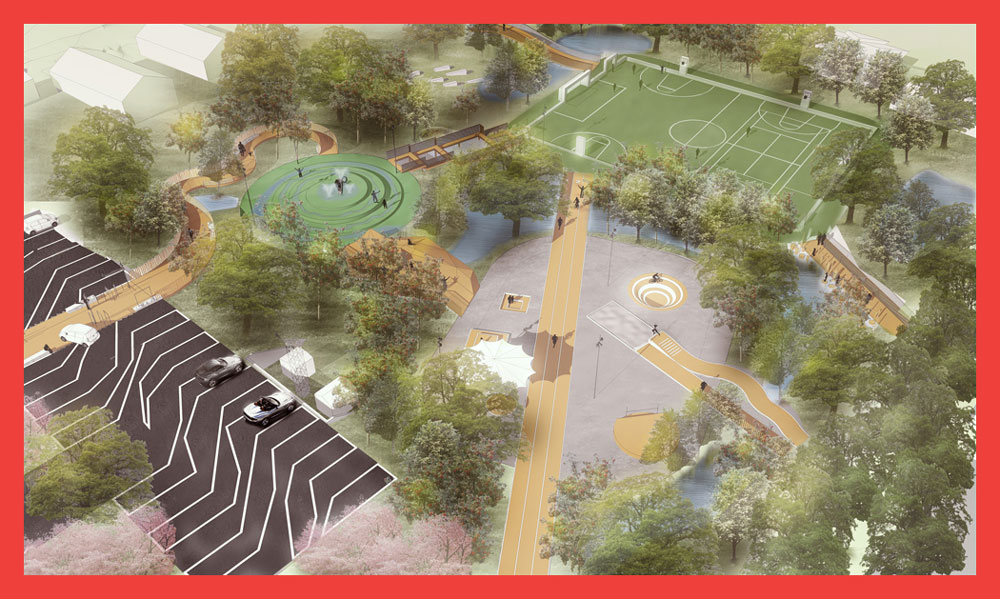 The Climate City is a project in the City of Middelfart in Denmark combining climate adaptation with urban development and a new form of partnership. The area in question consists of three different neighbourhoods and covers more than 450 000 m2 with a 38 metres difference in elevation. The area consists of 693 households and 15 public buildings. Due to increasing rainfall, the municipality and the waste water company predicted trouble draining rain water. The wastewater company calculated that even the largest underground draining system would not have the capacity to handle the anticipated increase in rainfall.

In June 2014, a competition was organised inviting architects to come up with a drainage solution that was incorporated into the urban landscape and would add social, environmental and economic value.

Because the three neighbourhoods have very different characteristics and qualities, three different designs for handling the rain water were made. Together with RealDania (a philanthropic organisation) and the wastewater company, the municipality decided to invest in an aboveground drainage system supplemented with underground pipes. Each of the partners contributed around 3.4 million euros to the project.

The new design integrates the drainage system in the urban structure and adds qualities like an activity park and other meeting and leisure facilities. The project runs through the three neighbourhoods with very different characteristics in each. To facilitate this designs for the drainage system were developed in collaboration with the inhabitants of each of the areas.

The water does not go into the sewage system but is directed into the Lillebælt strait, reducing pressure on the sewerage. The rain water does not require the same sanitation treatment as sewage water, which saves costs. With two of the three neighbourhoods finished, the drainage system is functioning well and the new facilities can be used. The inhabitants of Middelfart and visitors have shown excitement and content over the project.

Over 50 international delegations have visited Middelfart to see the Climate City in action and Middelfart has presented the case at climate conventions in Europe.

In 2016 the Climate City was represented at the Architecture Biennale in Venice and showed the world how climate change adaptation can have positive effects for the city. The Climate City will contribute a paper to the World Water Congress and Exhibition 2018 in Japan.

The 2020 World Water Congress and Exhibition will be held in Denmark and excursions to Middelfart will be organised.

The Climate City is an example for cities around the world dealing with the implications of climate change.