External links to the project
HZA | Housing for Youth 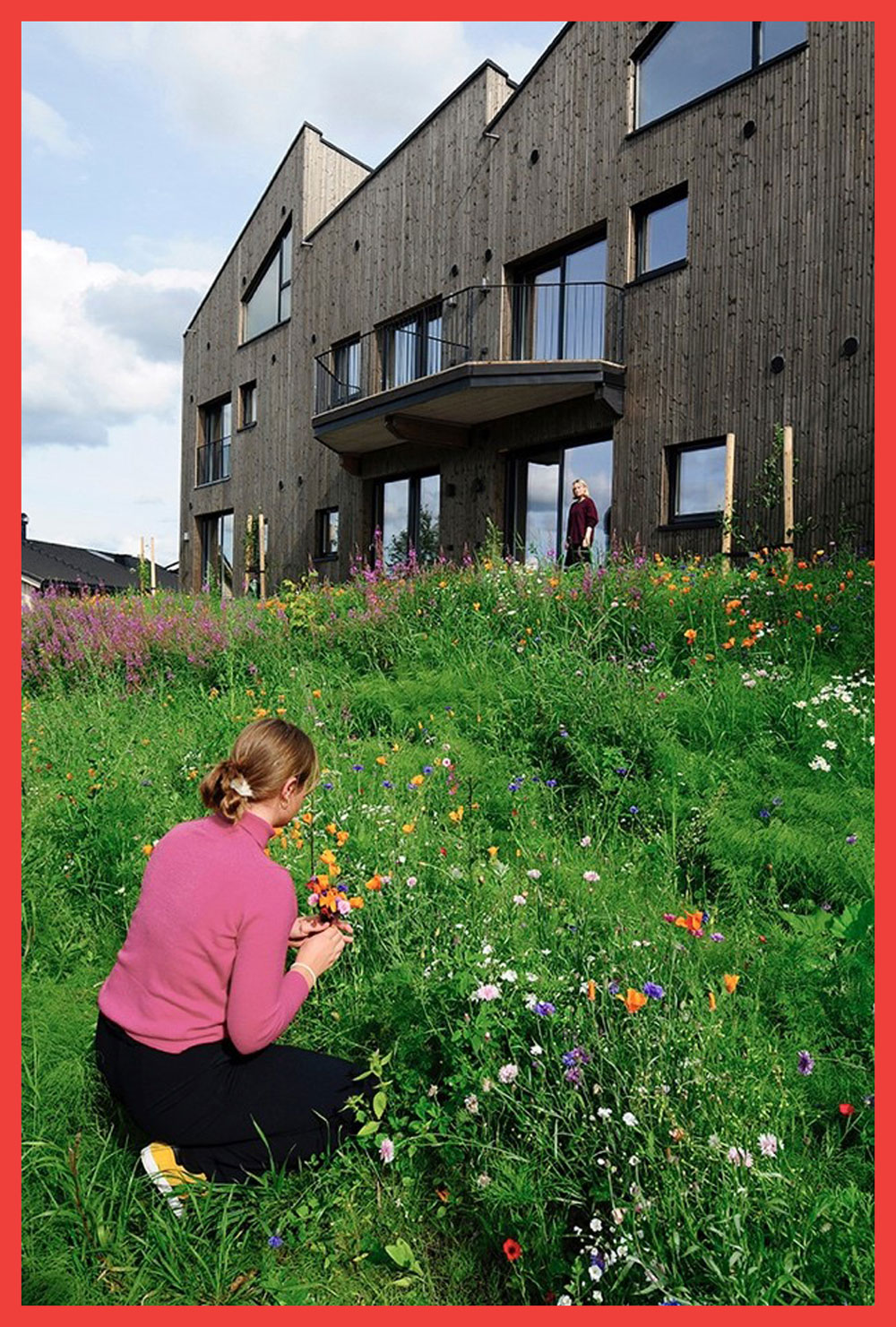 Ulsholtsveien 31, or U-31, is a youth housing development that included retrofitting an existing building and adding two new buildings around a large communal garden. The ambition was to create quality, affordable living for young people while at the same time reducing emissions by 50%. The project was the first residential development completed within FutureBuilt, a Norwegian Program which aims to support the development of carbon neutral areas and high-quality architecture by co-financing 50 pilot projects over a 10 year period (2010-2020). The U-31 project, which commenced in 2013 and concluded in 2017, shows a commitment to climate friendly architecture and incorporates solutions designed to increase tenant’s awareness of their energy consumption.

The premise that “form follows climate” was the point of departure for the U-31 architects, with design decisions driven by the carbon reduction aim central to the project. The two new buildings were placed on the west side of the 4.8 ha plot, adjoining the existing building. This disposition enabled the creation of a large common area which is used for gardening and as a space for social encounter.

The new buildings are passive houses built with cross-laminated timber and include 27 flats varying from 32 to 64 m2 in floor area. The tenure model only permits residents to occupy the flats for a maximum of period of six years, with the aim of retaining the units as an affordable housing opportunity that supports young people to “get started”.

The project adopted several technologies to meet its energy goals. The main source of energy is a heat pump, consisting of eight pieces 190 m depth energy wells (geothermal) and solar energy is harvested on all south facing roofs. The solar system is connected to the internet for registration and monitoring of energy production while notifying residents of their consumption. Furthermore, a heat exchanger in the waste pipeline recovers heat continuously from the waste water. The energy obtained through this process preheats the incoming cold supply water. The parking area includes two double charging stations for electric / hybrid cars with 3.7 kW and 11 kW charging power respectively.

Collaboration between planners, suppliers and contractors was fundamental to delivering efficient and climate-friendly housing that would be affordable for young people just starting out.

The project was a platform for material research. For example, humidity is monitored from hog trees in the forest and until several years after being used in a building and the acoustical capacity of materials was investigated by multi-disciplinary team.
The solar power plant on the south facing roofs are expected to produce 23 000 KWh of electricity per year. The interface with the grid allows any surplus energy to be used by neighbours.

With a limited budget, the U-31 project has shown that is possible to make environmental friendly and affordable houses. The project is a flagship for future housing projects in Norway and has received a large number of visitors including students, academic institutions and professionals from all over Europe.