The map shows the proportion of households that had access to fixed-line broadband with download speeds >100 Mbps (superfast broadband) at the municipal level, with darker colours indicating higher coverage. 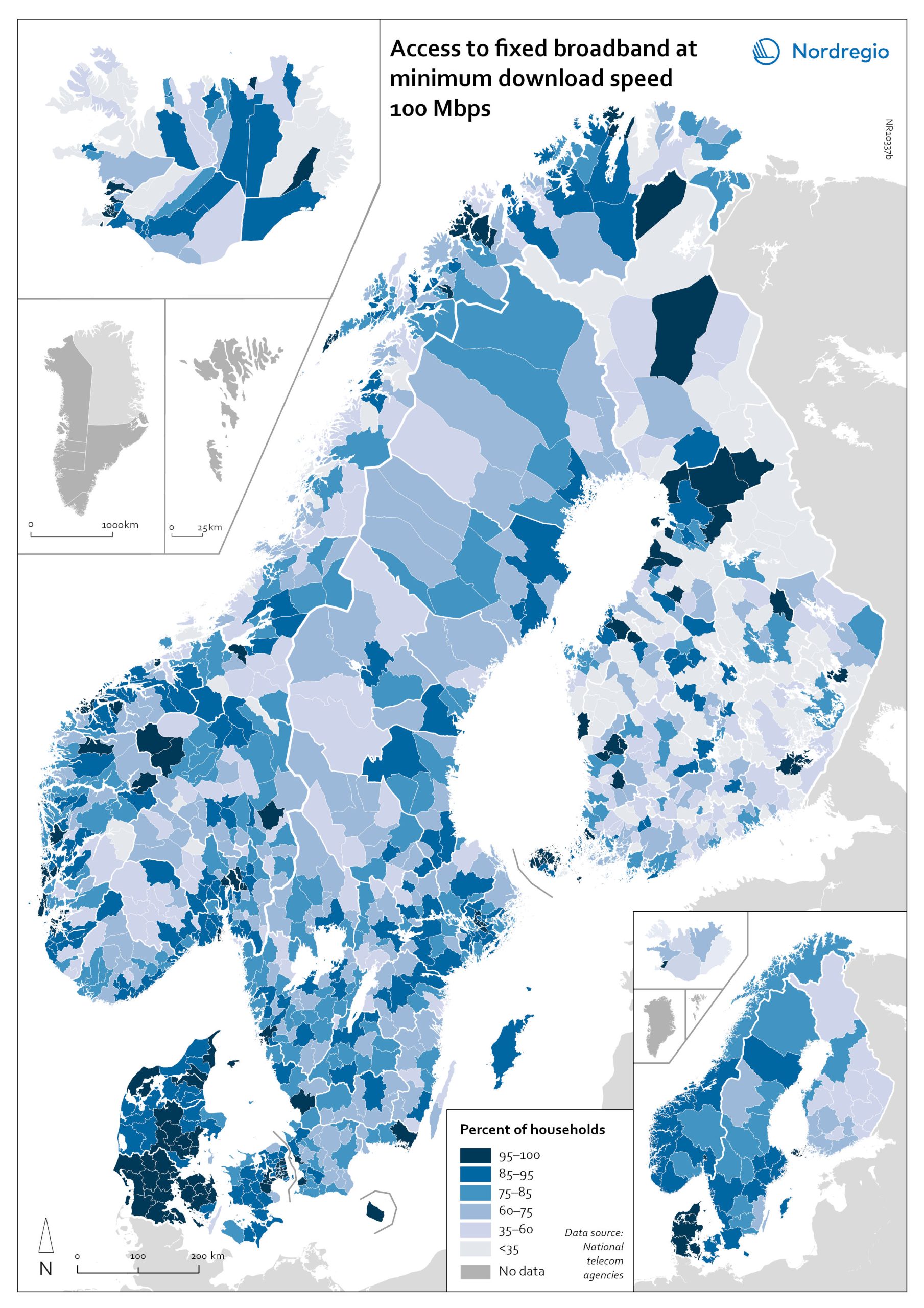 Households in urban municipalities are still more likely to have access to superfast broadband than households in rural or intermediate municipalities, but the gap appears to be closing in most. This is most evident in Norway, where the average household coverage for rural municipalities increased by 31% between 2018 and 2020. By comparison, average household coverage for urban municipalities in Norway increased by only 0.7%. In the archipelago (Åland Islands, Stockholm and Helsinki), general broadband connectivity is good; however, some islands with many second homes still have poor coverage.