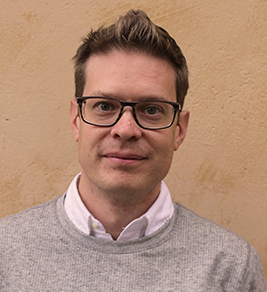 Specialised in quantitative statistical data management (collection, harmonisation, visualisation) and regional development analysis with a geographical focus on the Nordic region and the Baltic Sea Region.

When I was ten years old my family and I left the suburbs of Stockholm, where I grew up, and moved to Kenya for three years. That experience of, what felt like, a totally other world has made me very aware of geographical differences ever since. After high school, I got the opportunity to go back to Kenya for six months. This time, to work as a volunteer in a project for street children in a town called Kitale, in the western part of the country. It was an interesting and eye opening experience that was fun, but also created a lot of questions. The big questions of why there are such big socio-economic inequalities between countries, as well as, between regions within countries and districts within cities. But, also smaller questions on how the local society worked, what was the reason for people moving to cities, although there were no formal jobs there and how they actually made a living. My feeling was that a lot of projects started from good intentions, but that they were not based on a thorough investigation of the actual socio-economic context. Before leaving Sweden I had planned to study engineering, but browsing through the university catalogue I found human geography that promised to explain (or at least address) the above-mentioned issues.

Except for my experiences of living in Africa I have mainly lived in the surroundings of Stockholm, which often makes me think that my spatial story is rather boring. But then I remind myself that I lived ten years in Rinkeby, a place that is anything but boring. At least, if you trust the news. Rinkeby is a suburb in the north-western part of Stockholm that was built in the 60s and 70s as a part of the “million program”, a state led program meant to build a million dwellings in ten years. Although geographically Rinkeby is rather small it has become a symbol of all Swedish suburbs with a high share of immigrants and socio-economic problems. To live in a symbol means that everything that happens is a sign of something else, and that everyone, as it turns out even the president of the United States, has an explanation of the reasons behind what happens. I was often astonished that so many had an opinion on Rinkeby and how it is there, without even having been there and how different the perception was to reality.

In a time of opinions and alternative facts, I agree with Hans Rosling that it is important to have a fact-based worldview. That a good understanding of the socio-economic context based on solid facts is needed to make a relevant change was something that I have learnt from living in Kenya and Rinkeby. This is also one of the thing that motivates me to work with socio economic analysis.