The map shows the spatial distribution of Nordic energy production per capita, by volume and by source type. A number of issues and patterns are evident. First and foremost, we see the high amount of electricity being produced for the five nuclear facilities in the Nordic Region. Second, a substantial volume of hydro-electricity is produced in southern Norway, throughout Iceland, Northern Sweden and Northern Finland. As a result, over half of Nordic electricity is produced from hydropower. There are some impressive results in terms of the production of wind power at the regional level. Regional wind power production has been strengthened in the past three years throughout much of Denmark, Sweden, and to a lesser extent in Norway and Finland. 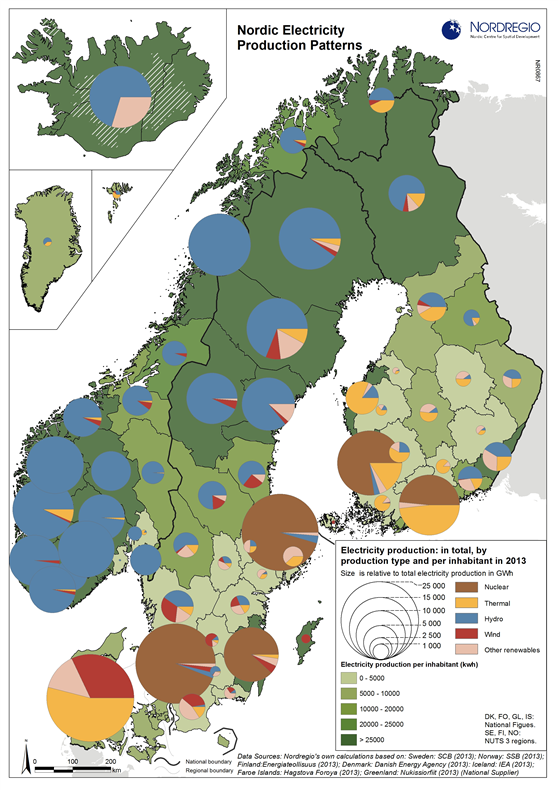