The map shows the largest Nordic-born minority group at the municipal level among the working-age population (15-64 years old). The intensity of the colour shows the share of the total foreign-born Nordic population, with darker tints indicating a larger percentage than lighter tints. 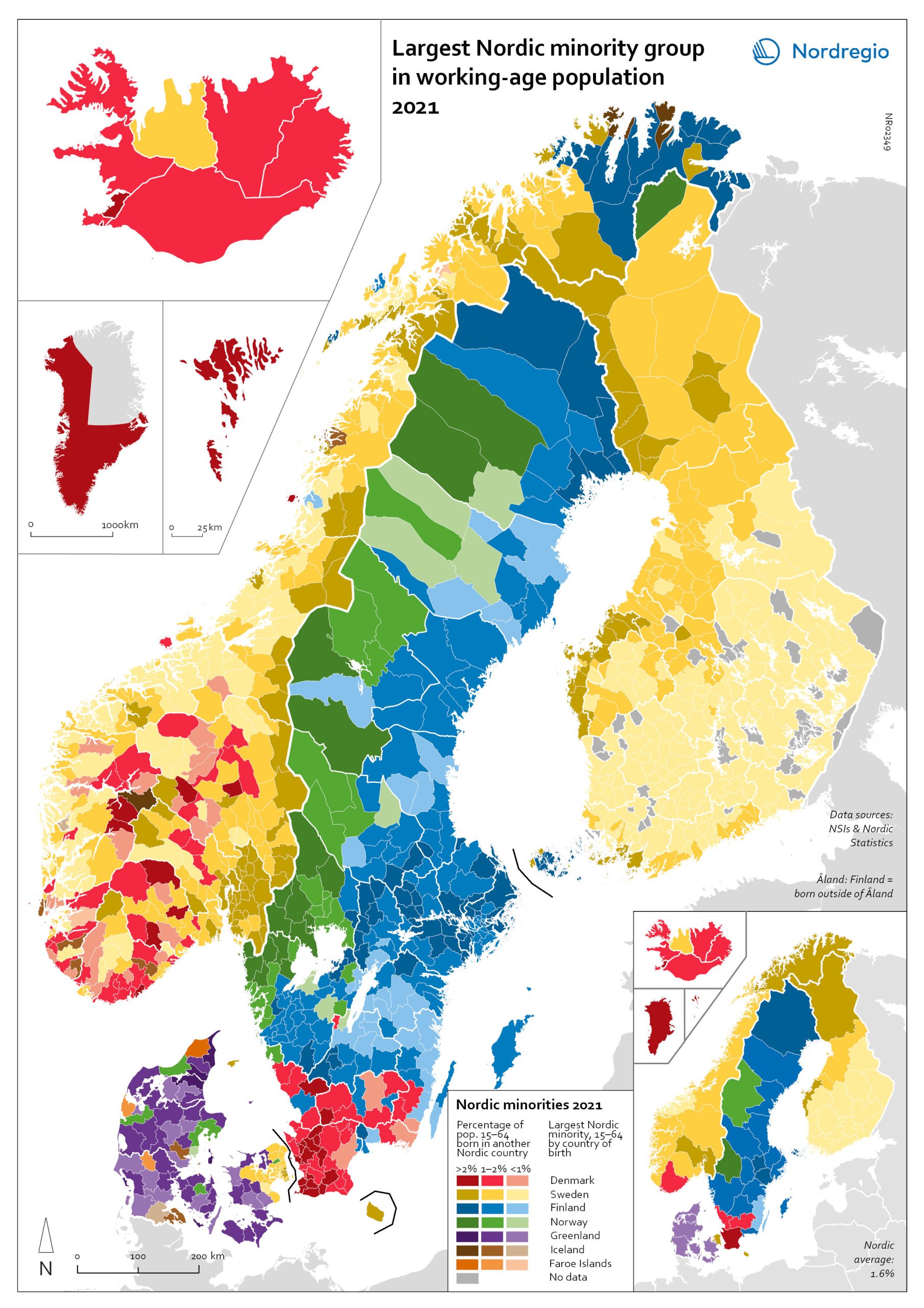 The map illustrates differences at the regional and municipal levels within the countries. For example, while the largest minority in Norway are born in Sweden, those born in Denmark constitute the largest minority Nordic-born group in the southern Norwegian region of Agder. The largest Nordic-born minority in Denmark are those born in Sweden in absolute numbers and in the capital region of Hovedstaden, while the largest minority in all other Danish regions is from Greenland. In Sweden, the largest Nordic-born minority overall are from Finland, but there are also regional differences here: in the regions of Skåne, Halland and Kronoberg, the largest Nordic minority group come from Denmark, and in Värmland and Jämtland-Härjedalen, the largest is Norwegian born. In the cross-border municipalities, this pattern is even more accentuated and made evident in areas such as Haparanda in Sweden (the twin city of Tornio in Finland) where 26.5% of the population is Finnish born. Åland has the highest share of other Nordic nationals, where, for example, 47% of the population in the municipality of Kökar is born in a different Nordic country (including Finnish born).  Excluding the municipalities of Åland, Haparanda is the municipality in which Nordic-born minorities make up the highest percentage of the total working-age population.