Confirmed cases of Covid-19 per 10,000 inhabitants

The map shows the cumulative number of confirmed cases of Covid-19 per 10,000 inhabitants until 31 December 2021 in most European countries. 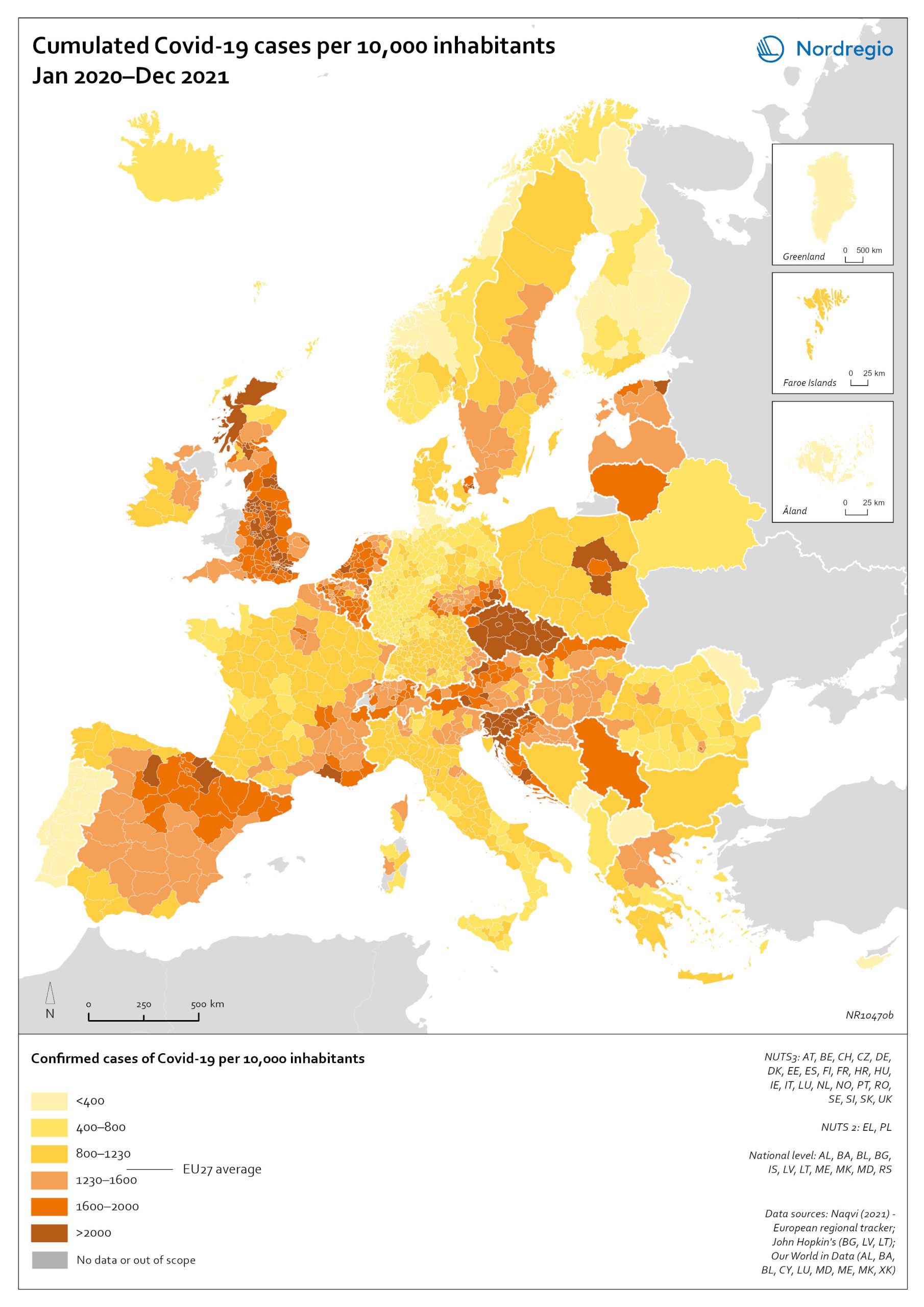 In a European context, the Nordic countries stand out as having a relatively low number of confirmed cases in most regions. Sweden and Denmark stand out as the countries with the highest number of confirmed cases among the Nordic countries. It is possible however that the high case numbers in Denmark can be explained, at least to some extent, by the high levels of testing per capita.

Looking at Europe as a whole, the UK, Spain, Czechia, Croatia and the Baltic States stand out as having experienced the highest number of cases overall. From a regional perspective, higher case numbers can often be observed around the capital regions and other large cities. There are also several cross-border differences that are interesting to note. In Germany, for example, the border with the Netherlands is clearly evident with a much higher number of confirmed cases on the Dutch side of the border. In contrast, the situation in the eastern part of the country more closely resembles that in the Czechia than what was observed in the rest of Germany.