Data sources:
Nordregio’s calculation based on: NSIs and Eurostat 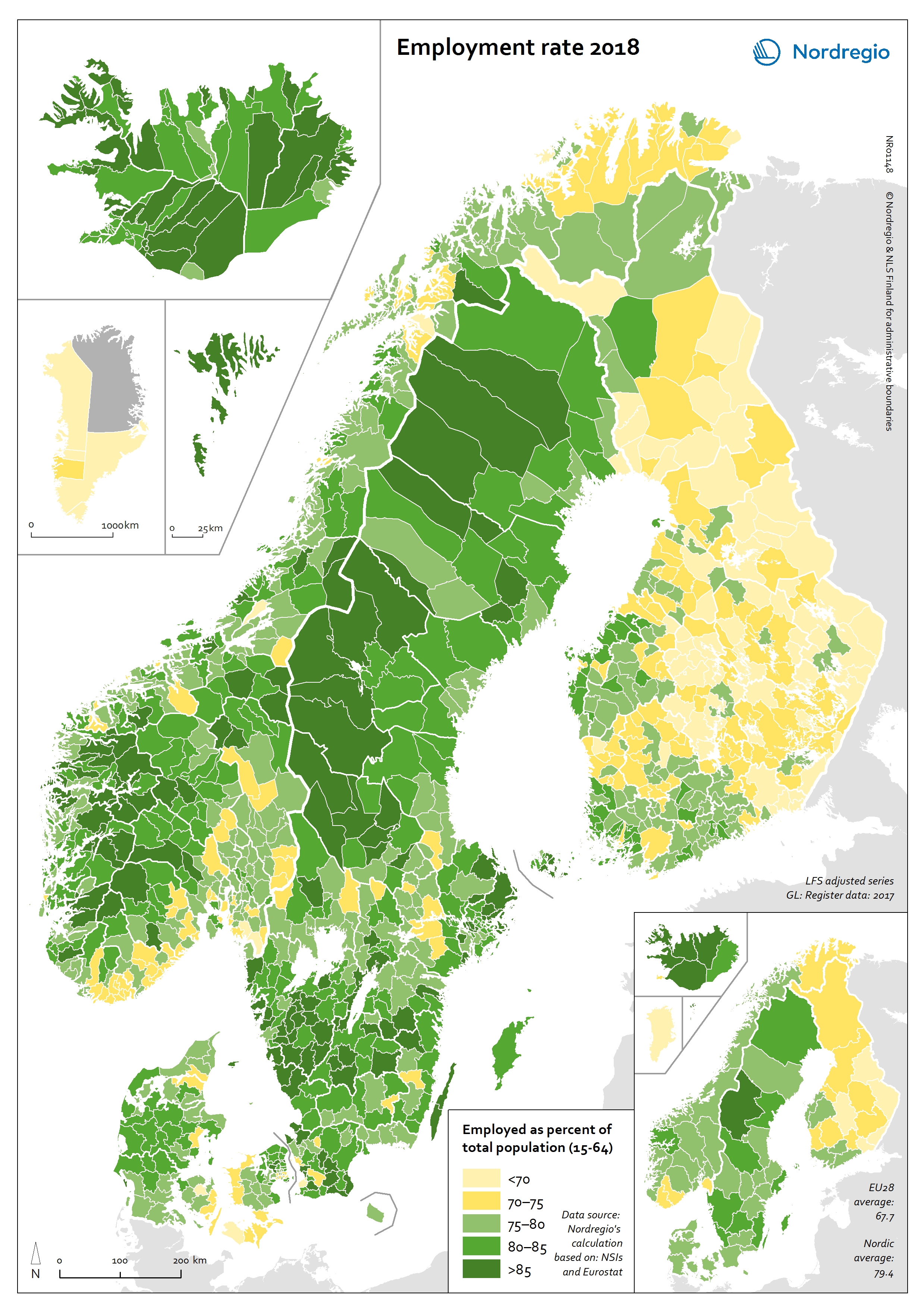 The average Nordic employment rate was 79.4% in 2018, considerably higher than the EU28 average of 67.7%. In recent years, and in line with a growing economy, the employment rate has increased throughout the Nordic Region. It is still the lowest in Finland and Greenland, although the increase in Finland between 2016 and 2018 was faster than the Nordic average.