The Nordic economies have recovered from the financial crisis and this is visible in their recorded unemployment rates. However, regional variation in the unemployment rate shows a striking east-west pattern, with the highest unemployment rates found in Eastern Finland and the lowest in Norway, the Faroe Islands and Iceland. Greenland is an exception to this pattern with high rates in all municipalities. The Finnish regions with the highest rates include Lappi (10.9%), Keski-Suomi (11.4%) and Kainuu (11.6%). High rates (above 13%) can also be found in some Swedish municipalities, for example, Södertälje, Fagersta, Norberg, Kungsör, Arboga, Åmål and Hällefors. The majority of these places are rust belt sites (old industrial towns which have been hurt by the loss of industry). Outside of Finland, Sweden and Greenland, Ishøj, in the Copenhagen Region, is the only municipality with an unemployment rate above 10%. The overall number of municipalities with an unemployment rate over 15% has however reduced since 2015. 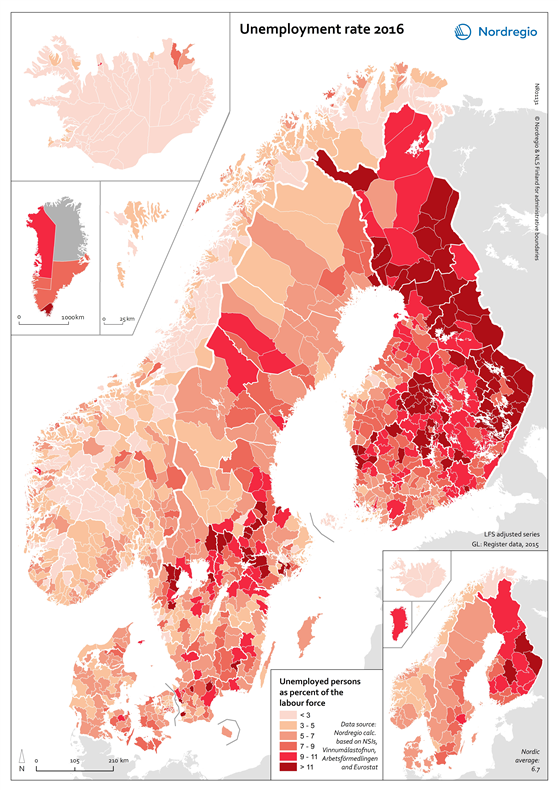