The map shows the relative change in number of deaths in 2020 compared to average 2015-2019. Municipalities in various shades of blue had lower mortality in 2020 than the 2015–2019 average, while municipalities in pink and shades of red had higher mortality. Those in beige are where mortality was mostly unchanged in 2020. 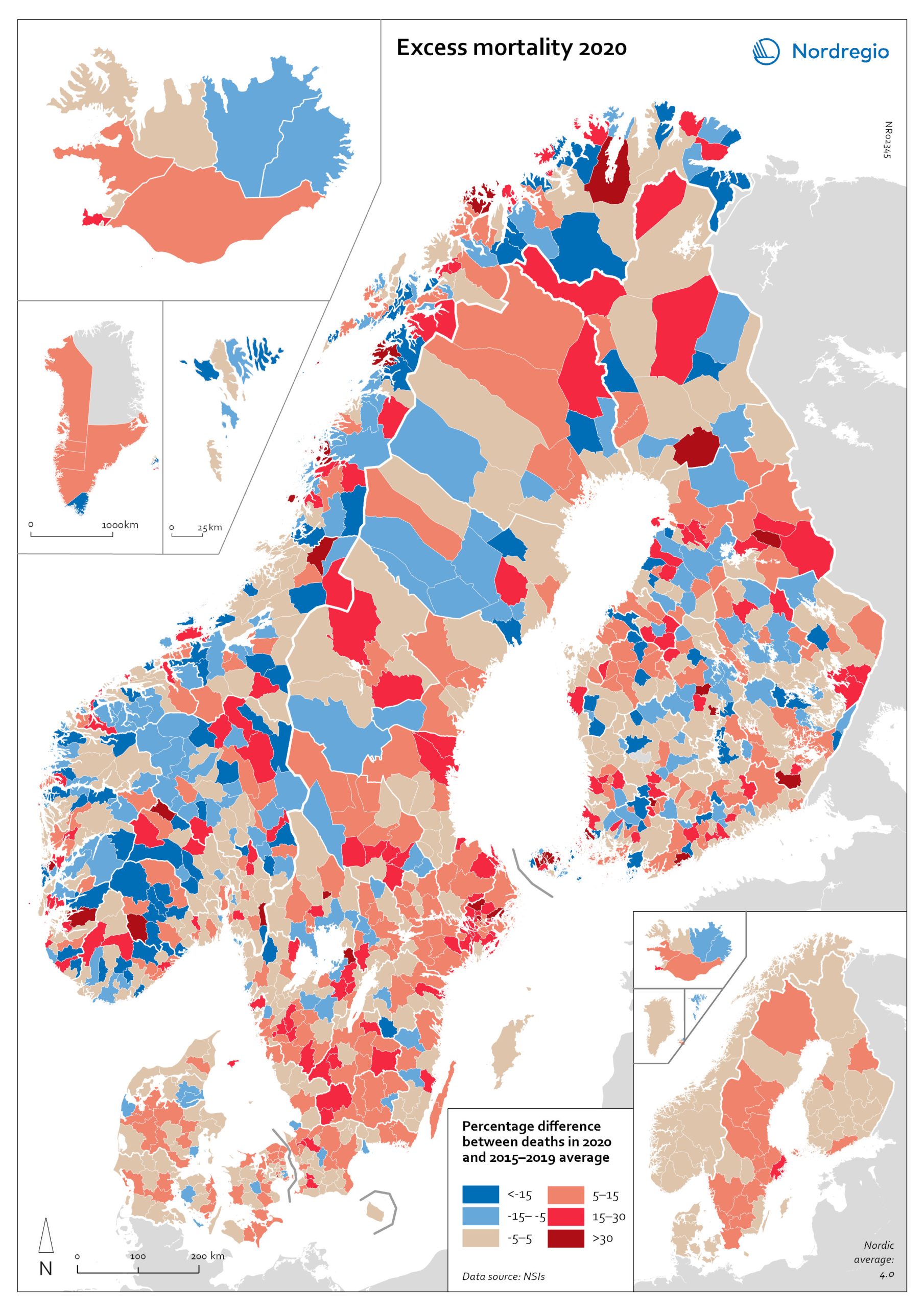