The share of laid-off employees at municipal and regional level

The map shows the share of employees laid off temporarily at municipal and regional levels in May 2020. 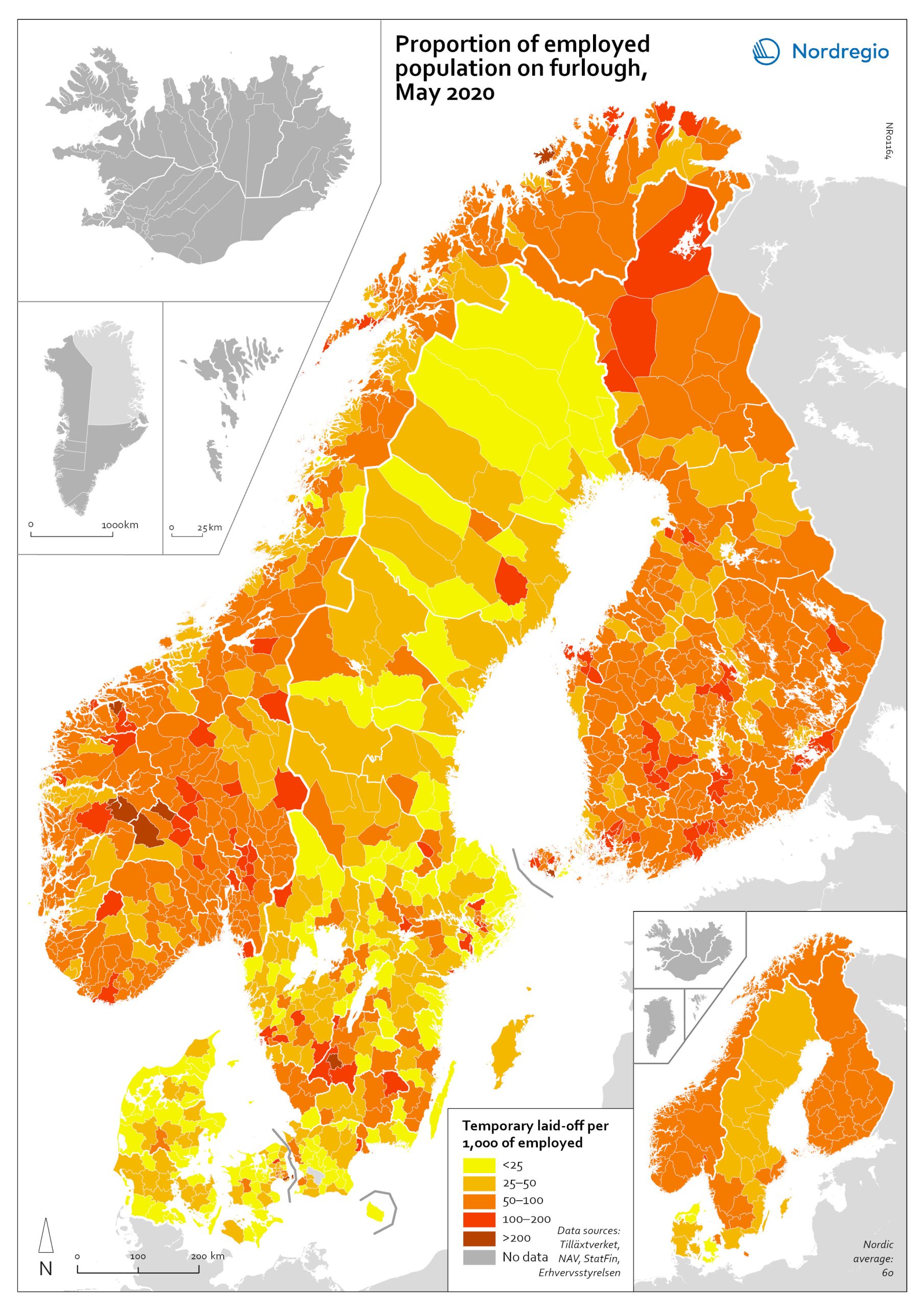