On May 17, 2020, 94% of the world’s workers were living in countries with some form of workplace closure measures in place (ILO, 2020). While it is too early to make predictions about the long-term consequences of this, it is possible to make some observations about the short-term labour market impacts in the Nordic Region.

Overall, the number of unemployment registrations across the Region was 38.9% higher in April 2020 than in April 2019. This increase equates to a total of 220 354 Nordic workers and has affected almost all Nordic municipalities and regions to some degree. Proportionally speaking, Norway saw the largest increase (69%), followed by Iceland (59%), Denmark (48%), Sweden (41%), and Finland (24%). Though between-municipality variation is evident, the greatest differences appears to be between countries. Interestingly, many Swedish municipalities along the southern coast between Sweden and Norway saw increases more consistent with the overall trend observed in Norway. This may be a reflection of the prevalence of cross-border commuting in these regions.

It is important to note that the labour market situation in April 2019 has some baring on the results shown on the map. For example, the appearance of a sharper relative increase in Norway is primarily due to the lower number of unemployment registrations in April 2019, compared with the other Nordic countries (see table below). In absolute terms, the increase in the number of unemployment registrations was actually highest in Sweden (70 870) and Finland (51 177). Once the size of the population is taken into account, the number of registrations is highest in Iceland and lowest in Sweden. 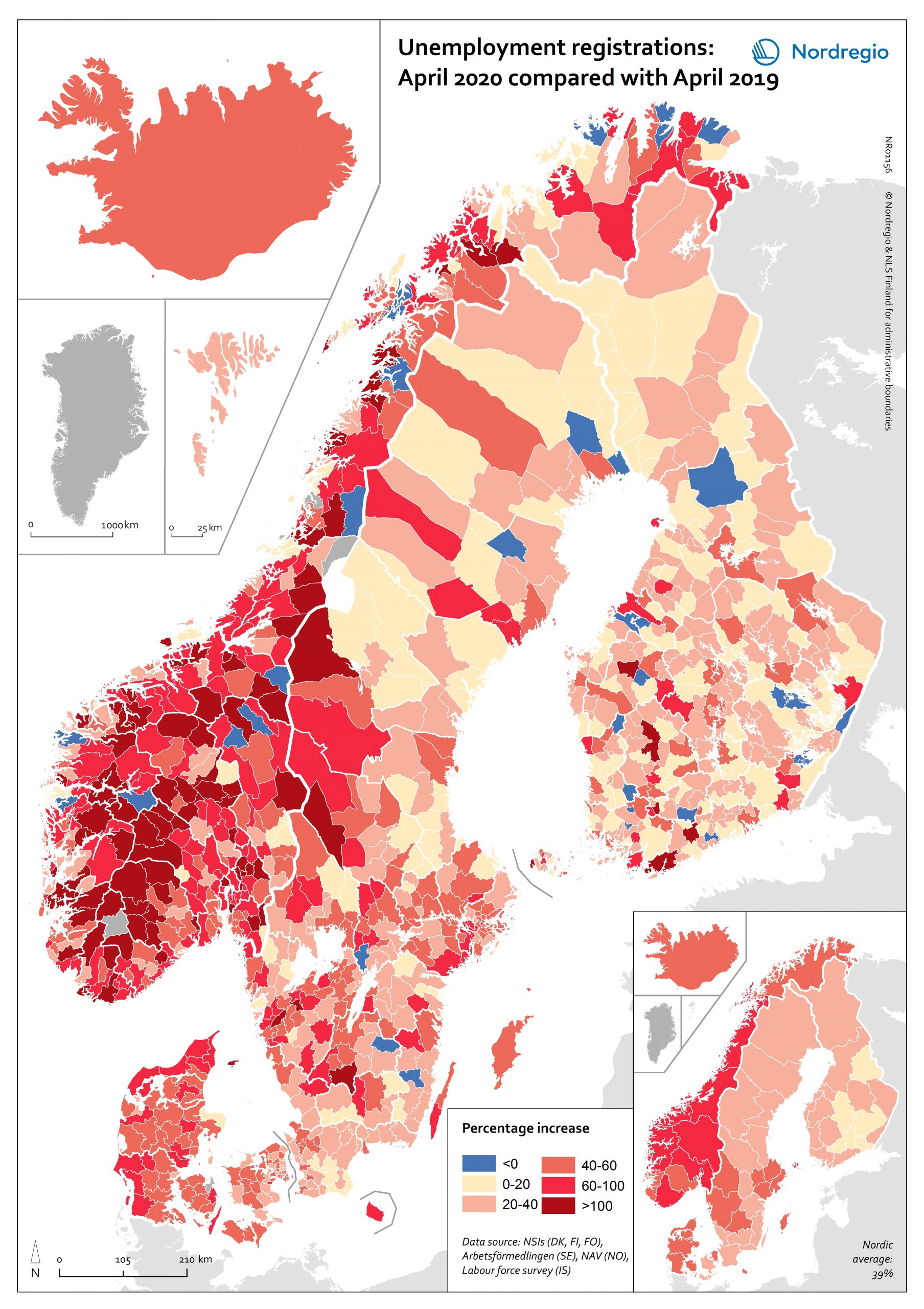