The map shows that most Swedish and Danish municipalities experienced net immigration of males. In Finland’s rural municipalities, the rate of international migration is low and there are also some municipalities with net emigration for males. 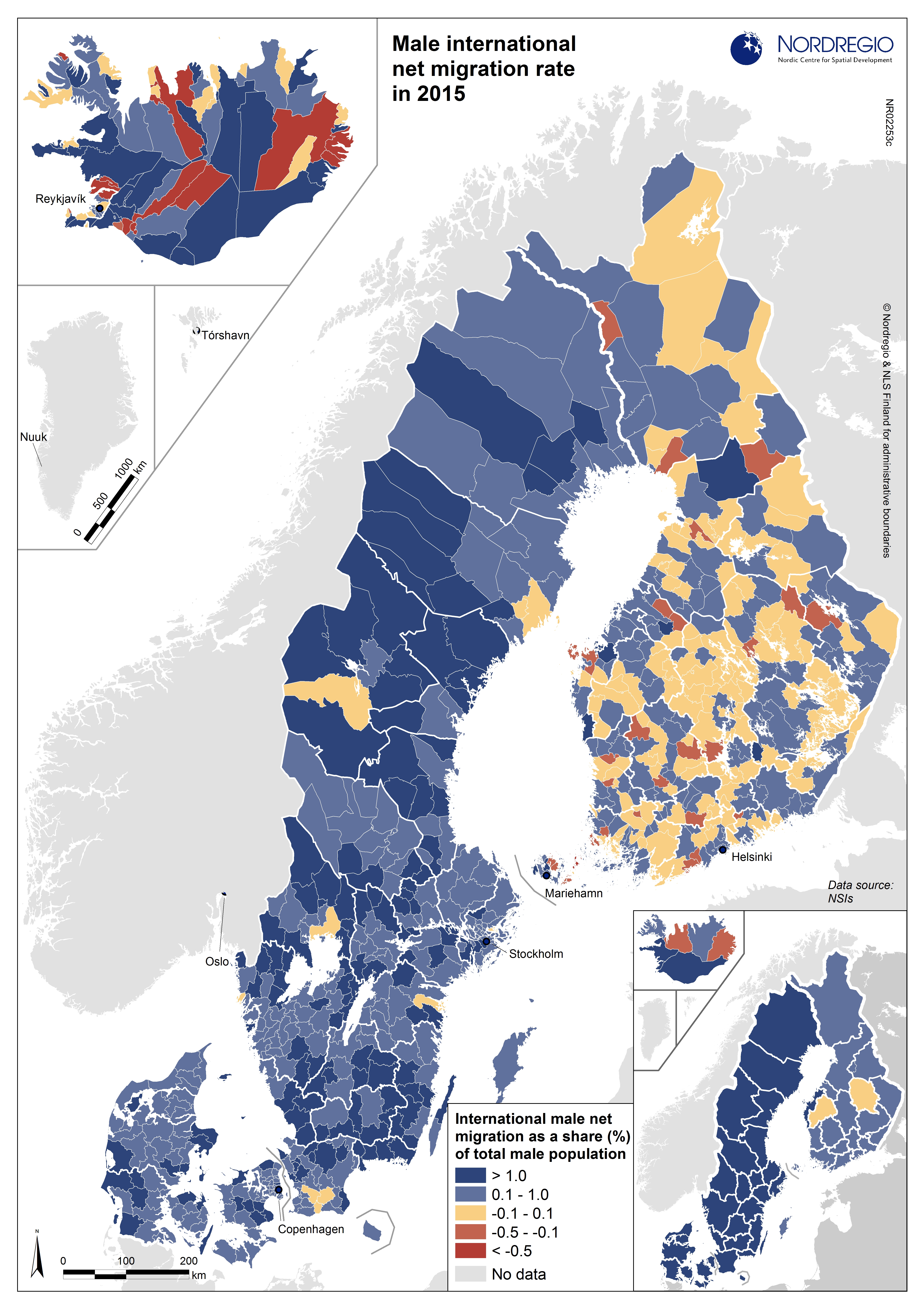